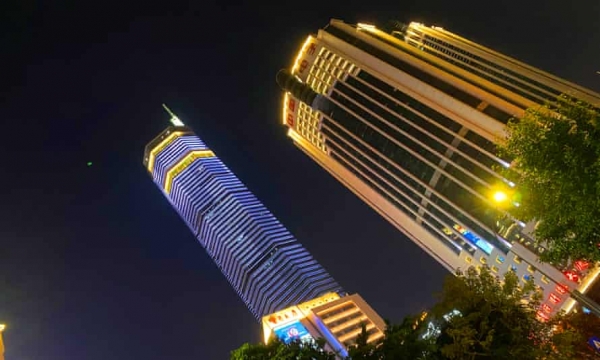 The SEG Plaza skyscraper was constructed in 2000 and is situated in the center of Shenzhen, a city in south China that accommodates about 12 million people. It is among the 100 tallest buildings in the country and comprises more than 70 stories featuring technology stores and an electronic shopping mall.

On Tuesday, May 18, 2021, at around 13:00 local time, the building began to inexplicably wobble spreading panic across people who were either inside or outside of it. Some managed to capture the building’s shaking and upload it online. Footage can be found below.

The skyscraper was evacuated in approximately 90 minutes as it accommodated about 15,000 people by the time of the incident. No fatalities or injuries were reported. The structure stopped wobbling and no further movement was detected. Nonetheless, there were certain reports suggesting that shaking was observed the following day but, the management of the skyscraper rejected them.

An investigation on the causes of the oscillation began. The incident was strange since the conditions could not explain the shaking. The weather was typical with winds reaching up to 32km/h and no earthquake had occurred in the vicinity of Shenzhen. Initial inspections by engineers showed no structural damage or abnormalities in the building’s framework and surroundings. Cracks were not found either in the interior or in the exterior of the skyscraper.

A preliminary report issued by Chinese media mentioned that the shaking’s main component was vertical and was caused by 3 main factors:1) A combination of winds forces, 2) The rising temperature that impacts the steel components and 3) The effect of underground rail lines that pass under the structure. The report suggests that the skyscraper is not equipped with a tuned mass damper that would significantly reduce the shaking. A tuned mass damper is a device frequently utilized in tall structures to mitigate vibrations. Their oscillation frequency is set equal to the resonant frequency of the building and they can mitigate the amplitude of a building’s swaying when subjected to shaking.

Officials have made no announcements on when or whether the skyscraper will re-open. Some people are skeptical, doubting the safety of the structure while others suggest patience until the final investigation is completed.

China has experienced rapid growth in skyscraper construction during the past decades as a result of technological advances and urbanization. However, the government has recently banned the construction of buildings taller than 500 meters and aims at developing structures with traditional characteristics that will reflect the Chinese culture.