“As Journalists, Our Greatest Tool is Telling Stories that Bind Us, that Connect the Dots” 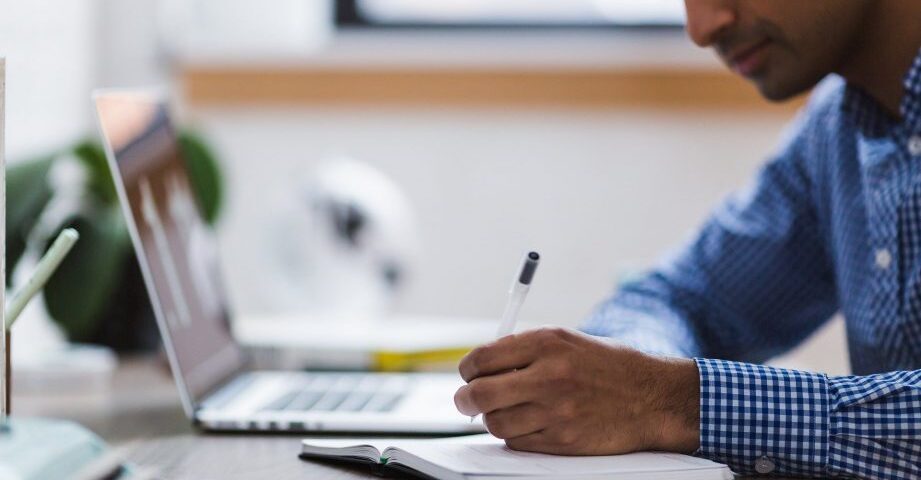 Journalists who read and cover academic research know scholars take a variety of approaches to investigate a problem, trend or intervention. But if you’re not familiar with research methods, it can be difficult to know what scientists mean when they say they have conducted, for example, a cross-sectional analysis or a randomized, controlled clinical trial.

Researchers often do not explain why they picked a particular study design or how it differs from others they could have chosen to interrogate the topic at hand.

We created this brief explainer to offer journalists a broad overview of five of the most common research designs they will encounter: longitudinal, cross-sectional, correlational, experimental and clinical trials. We’d like to point out that some research falls into more than one category — a study can be both longitudinal and correlational, for instance.

It’s also worth noting these five study types generally are considered quantitative research, which employs a mathematical analysis of the data collected to try to explain what’s being observed. Qualitative research, on the other hand, usually examines some aspect of human behavior by observing and interacting with people and their environments.

Here’s what it is: This type of study allows scholars to follow the same group of people over time, whether a few dozen people over a few weeks or millions of people over decades. Researchers monitor and measure changes through observation or by analyzing information gathered at regular intervals, often with surveys or in-person interviews.

Keep in mind: Longitudinal studies can be helpful for collecting data on a single topic or a wide array of topics across time. Some of these studies follow groups of people from childhood into and through adulthood, asking questions about their health, employment, relationship status and opinions on certain issues along the way.

An example: The Pre-Elementary Education Longitudinal Study followed a nationally representative sample of children with disabilities as they progressed from preschool into their early elementary school years. The study offers insights into special education services available to young children at the time, the family characteristics of kids with disabilities and the academic performance of students with disabilities during this stage of their lives.

Here’s what it is: A cross-sectional study provides a snapshot of a group of people at a point in time. Researchers use cross-sectional studies to examine such things as U.S. doctors’ attitudes toward euthanasia or the prevalence of soda consumption among women over age 40. These studies often allow scholars to compare subgroups of the study population — for instance, comparing soda consumption among women over age 40 according to their race, country of origin, household income and education level.

Keep in mind: Because a cross-sectional study captures data from a single moment in time, its timing can affect results. People might behave or answer questions differently after a major event such as a natural disaster or international controversy.

An example: A paper published in the BMJ Open medical journal in 2019 examines the characteristics that police reporting symptoms of professional burnout have in common. The authors of “Associations Between Shift Work Characteristics, Shift Work Schedules, Sleep and Burnout in North American Police Officers: A Cross-Sectional Study,” learned that of the 3,140 North American police officers who participated in the study, those working irregular schedules were most at risk of burnout.

Here’s what it is: Scientists perform correlational studies to determine whether a relationship exists between two or more variables — weather and indoor air quality, for instance, or exercise and mental acuity. Correlation can tell researchers if the relationship is positive, meaning the variables being studied increase or decrease together, or whether it is negative, meaning one variable decreases as the other increases.

This research design can provide some insight into how strong that relationship is. However, scientists must use more advanced statistical analysis methods such as regression to determine the strength and nature of the relationship. They also can extrapolate data to make predictions about how the variables will behave in each other’s presence over time or as conditions change.

Keep in mind: Just because scholars find a relationship exists between two variables does not mean one variable causes the other to behave in a certain way.Establishing causation requires additional research and analysis. Researchers can use an experimental study design, which we explain below, to determine causal relationships between variables in a controlled environment.

An example: An article that appeared last year in Human Behavior and Emerging Technologies looks at the relationship between social media use and the mental health of Latinos living in southern California.  In the paper, “Social Media Use and Depression, Anxiety, and Stress in Latinos: A Correlational Study,” researchers find that social media “is a significant predictor of stress but not of depression or anxiety” for study participants and that the impact of social media varied depending on how long they and their families had lived in the U.S.

Here’s what it is: Experimental research, which employs one of the most rigorous research designs, is best suited for examining cause-and-effect relationships. When conducting this type of study, scholars typically introduce an intervention of some sort into a controlled environment that allows scholars to isolate and investigate the effect of the intervention. The intervention could be a new program, product or procedure. Researchers also can use an experimental study to test how people react to stimuli such as violence in news videos or changes to food labels.

An example: A study published in 2019 in Political Behavior features three experiments aimed at gauging how white voters in the U.S. respond to seeing Democratic presidential candidates courting Latino voters. As the author explains in “The New White Flight?: The Effects of Political Appeals to Latinos on White Democrats,” white voters viewed presidential campaign ads or read news headlines about the election and then responded to questions about how they felt about the candidates, including who they planned to support in the election.

Here’s what it is: If scientists want to evaluate the safety and effectiveness of a health-related intervention, they conduct clinical trials. “Clinical trials are research studies performed in people that are aimed at evaluating a medical, surgical, or behavioral intervention,” according to the U.S. Department of Health and Human Services. “They are the primary way that researchers find out if a new treatment, like a new drug or diet or medical device (for example, a pacemaker) is safe and effective in people.”

Clinical trials of new treatments have four phases, beginning with testing the safety of a new treatment and ending with monitoring its use after the U.S. Food and Drug Administration licenses and approves it.

Keep in mind: Randomized controlled trials are widely considered the gold standard in research, but they’re also expensive. For these studies, patients are randomly assigned to groups that usually are the same or similar in size. One group receives or participates in the intervention. The group that serves as the control receives a placebo or participates in an activity unrelated to the intervention being tested. Researchers compare what happened with the intervention group against what they learned about the control group.

An example: Researchers tested whether tailored messaging would encourage U.S. mothers who expressed concerns about the human papillomavirus vaccine to get their adolescent children immunized. Their findings are described in “Tailored Messages Addressing Human Papillomavirus Vaccination Concerns Improves Behavioral Intent Among Mothers: A Randomized Controlled Trial,” published in the Journal of Adolescent Health in August 2020.