The decay of the art of lying, or homonyms and their kin 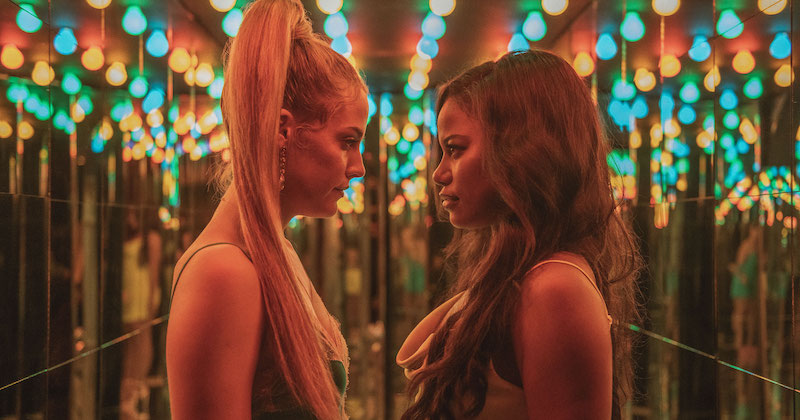 In the Time Before Zola, Twitter users couldn’t link continuous threads. This feature wasn’t introduced until late 2017, which somehow seems like a lifetime ago. So, when 19-year-old Aziah “Zola” Wells took to the platform in October 2015, she couldn’t have predicted that her 148-tweet epic would go viral, or at least as viral as it did. The tale, which recalls the neon-colored chaos and surreal debauchery of Spring Breakers (SPRRRIINNNNG BREAAAKK FOREVA), is a darkly captivating fish-out-of-water story that also highlights the very real and sobering issue of sex trafficking.

#TheStory begins at a Detroit Hooters and then dives into a disastrous, ill-fated road trip to Tampa, FL. What initially was thought to be a no-pressure pole dancing gig turns into a night of violence. At one point, Jarrett, the clueless boyfriend of Zola’s blonde traveling partner Jessica, attempts suicide by jumping out of a motel window. In another tweet, we’re told that a man was shot in the face. Out of context, none of this sounds like “light” reading, but Zola’s narrative voice is purposefully, skillfully directed. The original tweets are held together by her engaging candor and crackling wordplay. In a Rolling Stone profile conducted after the tweets went viral, Wells said, “I made people who probably wouldn’t want to hear a sex trafficking story want to be a part of it because it was entertaining.”

Six years later, #TheStory has been adapted into an A24 film starring Riley Keough (Stefani) and Taylour Paige (Zola). James Franco had initially signed on to direct but later dropped out in 2017. Fresh off the release of her first film Lemon, Janicza Bravo replaced Franco and co-wrote the script along with playwright Jeremy O. Harris. Bravo helped facilitate Zola’s executive producer credit, ensuring that the film stayed rooted in the vision of the original storyteller. Both Bravo and Harris believed in the integrity of Zola’s story. Harris told Vulture, “This woman had written something on Twitter that was an epic poem.” He added, “It was in the style of The Odyssey, in the style of The Epic of Gilgamesh. And it had a very clear narrative.”

Today, the 26-year-old (now known as A’Ziah King) is the mother of two daughters and is working on writing music. However, don’t think that motherhood has ended her literary ambitions. “Being a mom is my calling, and being a writer is also my calling, so they have to both exist simultaneously,” she told Bustle. In tandem with the movie’s theatrical release, A24 published the tweets in a hardcover format, further solidifying Zola’s authorship.

So just what is it about this particular narrative, namely Zola’s writing style, that works so well? For writers, #TheStory is a prime example of the power of good, solid storytelling. Here are some Zola-approved tips that all writers could follow. (Seriously!)

1.
Have a killer opening.

The first tweet (or the opening paragraph) sets the tone. Get me interested without giving away the entire plot. Make me care about what’s going on. The first tweet in the Zola thread (complete with photographic evidence) is so simple yet instantly creates intrigue and promises drama: “Ya’ll wanna hear a story about why me & this bitch here fell out???????? It’s kind of long but full of suspense.”

Throughout the unfolding saga, Zola takes a page from Zora Neale Hurston. Hurston’s Their Eyes Were Watching God uses Black Vernacular English, which reflects and celebrates the cultural tradition of oral storytelling. Language can help enforce characterization and set the scene. In particular: “vibing over our hoeism or whatever.” Other notable catchphrases: “Ima full nude typa bitch.” And “Pussy is worth thousands.”

3.
Don’t be afraid to define unfamiliar terms to get your audience up to speed.

In one tweet, Zola recalls a conversation with Jessica about the nature of her relationship with Z, a menacing guy on the trip with them. She writes, speaking as Jessica, “Before I met Jarrett I was with him. He was taking care of me.” In the next tweet, Zola explains, “‘Taking care of me’ in stripper language means that was her pimp.”

Make no mistake, this “Ho Tale” isn’t a slapstick comedy. Peel back the bravado, and it’s a story about what happens when you trust the WRONG people. However, Zola uses well-placed humor to soften the more horrifying elements of the story. Example: Zola describes the moment that Jessica’s boyfriend found out she was trapping to pay the rent: “He goes ‘wow u even set up ur friend. Ur such a ho’ so they arguing for hours. I leave & go down to the pool. I mean, i am in florida !”

5.
Internal monologues can give readers a deeper understanding of the scene and/or the narrator.

Zola inserts her own commentary throughout the tweets, which shed light on what she’s really thinking. This glimpse into her inner thoughts propels the pace of the narrative and also helps further characterization. In one scene, Zola expresses sympathy for Jessica’s situation: “shes fucking sobbing. Im like oooommmmgggggg really?! Now im feeling bad for the ho.”

The stakes are higher once Zola gets to Florida and realizes that this trip isn’t just an easy-breezy dancing gig. So, what’s a girl to do? Will Zola cave to the demands of Z, the pimp? Or will she outsmart everyone and escape without a scratch?

7.
Know when to use pauses to heighten the tension.

8.
Write an ending that reveals an even bigger secret.

Zola makes it out of Florida and lives to tell the tale. One would think that, by the end of the story, we’ve encountered every known twist and turn. Yet Zola concludes the tweets with updates about her fellow road trippers. We learn that Z was “wanted literally everywhere” and “got sentenced to life.” (Various outlets like Rolling Stone and Slate have deconstructed fact from fiction.)