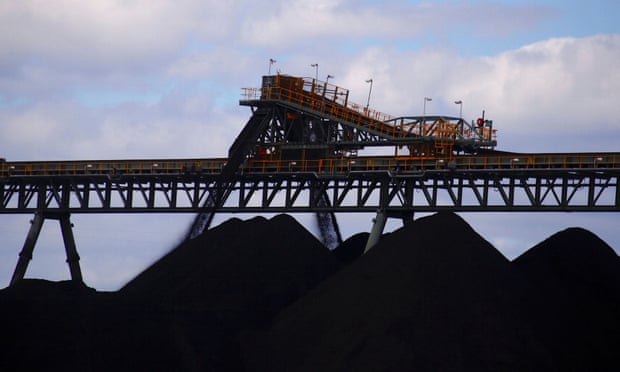 The environment minister, Sussan Ley, will appeal yesterday’s federal court declaration she has a duty of care to protect Australian children from climate harm that would be caused by the expansion of a coalmining project.

Some of the eight schoolchildren that brought the case to the federal court have reacted with dismay to the appeal, with one saying the government was now fighting for the right to cause them harm.

The historic judgment by Justice Mordecai Bromberg placed into law the minister’s responsibility after a case against the Vickery coalmine expansion was brought by the eight schoolchildren and a nun.

The children had tried to force an injunction, stopping Ley from approving the expansion plans for Whitehaven Coal’s project near Boggabri, New South Wales. The minister has still to make a decision on the plans.

In the declaration, Bromberg said when the minister makes her decision over the coalmine, she has a duty “to take reasonable care” to “avoid causing personal injury or death” to Australian residents under 18 “arising from emissions of carbon dioxide into the Earth’s atmosphere”.

In a statement on Friday, the minister’s office said: “After carefully considering the judgment, the minister has formed the view there are grounds on which to appeal.

“Following the handing down of orders by the court yesterday, the minister has now instructed the department to lodge a notice of appeal.”

The case came in two parts.

A request to block the mine expansion was denied by the court in May, but the claim the minister had a duty of care to protect Australians under 18 from harm caused by greenhouse gas emissions from the mine was formalised yesterday.We are passionate climate warriors. Our legal battle is not over but my heart is a bit lighterRead more

Melbourne student Anjali Sharma, 17, who was one of the schoolchildren in the case, said she “found it funny and honestly pretty embarrassing” that the government was appealing.

She said: “Her job should be to act for, not against, the young people of Australia.

“But instead of doing her job of safeguarding our future, she is prepared to spend public money fighting for her right to make climate change worse, harm the environment and risk the injury and death of Australian children.

“A challenge favours the profits of coal companies above safeguarding the health of our environment and children and young people like me.”

Another of the eight children in the case, Perth student Bella Burgemeister, 15, said: “The Morrison government believes they have more of a duty to the coal and gas companies than they do towards their young citizens. It is sad they are appealing the judge’s decision, they are fighting to cause harm. We are not done fighting this.”

Lawyer David Barnden, who is leading the case for the children, said: “We question the Morrison government’s intent to appeal the duty.

“This is a duty about life and death for Australian children. It seems inconceivable that an environment minister, a member of parliament representing the people of Australia, would seek to rid herself of this sensible responsibility.

“We will vigorously defend the rights of children not to suffer injury or death from climate change at the hands of a government intent on approving new fossil fuel projects.”

Prof David Schlosberg, director of the Sydney Environment Institute, said: “The Australian government is not only ignoring the unjust impacts of climate change on future generations, but is also actively and explicitly arguing against climate and intergenerational justice – to allow the expansion of a coalmine.”