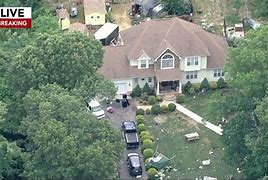 Authorities called on the public to help identify gunmen who indiscriminately sprayed bullets into crowds at two Miami-area venues over the weekend, killing a total of three people. Two people died and over 20 others were wounded early Sunday during a shooting outside a concert in Miami-Dade County, about a day after a drive-by shooting killed one person and injured six in Miami’s Wynwood arts district.

Police released a snippet from surveillance video that showed a white SUV driving into an alley at the strip mall housing the El Mula Banquet Hall, which had been rented out for the concert. The video shows three people getting out of the vehicle.

They return moments later and drive off into the darkness. Police said some in the crowd returned fire.https://platform.twitter.com/embed/Tweet.html?dnt=true&embedId=twitter-widget-0&features=eyJ0ZndfZXhwZXJpbWVudHNfY29va2llX2V4cGlyYXRpb24iOnsiYnVja2V0IjoxMjA5NjAwLCJ2ZXJzaW9uIjpudWxsfSwidGZ3X2hvcml6b25fdHdlZXRfZW1iZWRfOTU1NSI6eyJidWNrZXQiOiJodGUiLCJ2ZXJzaW9uIjpudWxsfSwidGZ3X3R3ZWV0X2VtYmVkX2NsaWNrYWJpbGl0eV8xMjEwMiI6eyJidWNrZXQiOiJjb250cm9sIiwidmVyc2lvbiI6bnVsbH19&frame=false&hideCard=false&hideThread=false&id=1399378426964946952&lang=en&origin=https%3A%2F%2Fwww.cbsnews.com%2Fnews%2Fmass-shooting-miami-area-concert-gunmen-public-help%2F&sessionId=1def4832b22e92e776fd1b6fac49795bd9db9242&siteScreenName=CBSNews&theme=light&widgetsVersion=82e1070%3A1619632193066&width=550px

“This type of gun violence has to stop. Every weekend it’s the same thing,” said the police director of Miami-Dade County, Alfredo “Freddy” Ramirez III, whose officers were hunting down the suspects in Sunday’s shooting that took place shortly after midnight.

“These are cold blooded murderers that shot indiscriminately into a crowd and we will seek justice,” Ramirez said in a tweet.

Two people died at the scene, police said. Over 20 people went to various hospitals for treatment with three in critical condition.

Businessman and TV personality Marcus Lemonis, star of “The Profit,” took to Twitter to offer a $100,000 reward to help authorities capture the suspects. Other rewards raised the total to $130,000.

Angelica Green said her son was shot in the abdomen, but he’s now in an ICU trauma unit in stable condition.

“He called us frantic, telling us he had been shot, that it hurts, it hurts and he loves us,” Green said.

He said he wants employees to know they are valued. “Have a little empathy, you know?” Roberts said. “We just want to make it so employees have a livable wage where they not only just take care of themselves, they can take care of their families.”

Folks said she’s losing hope of finding a job before the June 12 deadline. Tasks like buying clothes for her 11-year-old son have become a source of stress.

“I’m literally having to go to churches and beg them to help,” she said. “It’s embarrassing, I’ve worked my whole life, and now I have to ask people for help, and I’m not one to do that.”

Folks said there’s a misconception that people still on unemployment from the pandemic are lazy, and that they don’t want to work. She said that’s not true for her.

Clayton Dillard and his family waited outside the banquet hall, hoping for news about a loved one they feared was among the two fatalities.

“I know he’s there,” Dillard said, “but they won’t let me come claim him.”

Republican Governor Ron DeSantis joined in mourning, tweeting that he was “praying for the recovery” of the victims and pledged help from state authorities.

“We are working with local authorities to bring justice to the perpetrators. Justice needs to be swift & severe!” DeSantis tweeted.

Sunday’s shooting came a little over a day after a drive-by shooting claimed the life of one person outside another venue about 13 miles away in Miami. Six others were injured. Some witnesses likened the scene to a “war zone” after a barrage of dozens of bullets sent people scurrying in the night.

“Without legislation, without certainty as it relates to holding these criminals accountable, we’re never going to get through the summer,” Acevedo said.

Democratic state Senator Shevrin Jones said he wants DeSantis to do more than just pray. He’s calling on the governor to sit down with Democrats to discuss meaningful ways of addressing gun violence.

But he acknowledged Republicans are resistant to discuss the issue.