Biden speaks to “fill the silence” about Tulsa Race Massacre 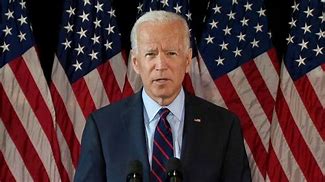 Washington — President Biden on Tuesday commemorated the 100th anniversary of the Tulsa Race Massacre, becoming the first president to honor the victims in Tulsa of the two-day rampage by a White mob.

“For much too long, the history of what took place here was told in silence, cloaked in darkness,” Mr. Biden told the audience in his speech. “But just because history is silent, it doesn’t mean that it did not take place. And while darkness can hide much, it erases nothing. It erases nothing. Some injustices are so heinous, so horrific, so grievous, they can’t be buried, no matter how hard people try.”

The president noted the value of each Black life lost in 1921, and retold the violent injustice of that day in graphic detail. That loss of life and property that still “reverberates” today, he said.

An estimated 300 Black Tulsa residents were killed in the massacre when White mob destroyed more than 30 square blocks of homes and businesses in the Greenwood district, also known at the time as Black Wall Street. Roughly 300 Black-owned businesses were destroyed, and Black homeowners and business owners received no aid from the local government. Their insurance claims were also denied.

But local officials only reported 36 deaths at the time. Mr. Biden described the vast discrepancies between the official death toll and the real casualties. At the moment, the process of exhuming the unmarked graves has begun, Mr. Biden said, pausing for a moment of silence.

“My fellow Americans, this was not a riot — this was a massacre,” he said.

For a long time, schools in Tulsa, let alone schools elsewhere, didn’t teach about the Tulsa Race Massacre, the president noted. But this wasn’t the only racial assault in U.S. history, he said. The United States needs to continue to come to terms with its past.

“I’ve come here to help fill the silence. Because in silence, wounds deepen,” he said. “And only — as painful as it is — only in remembrance do wounds heal. We just have to choose to remember.”

The president also spoke to the threat posed by white supremacy.

“We must not give hate a safe harbor,” he said. “As I said in my address to the joint session of Congress, according to the intelligence community, terrorism from white supremacy is the most lethal threat to the homeland today. Not ISIS. Not al Qaeda. White supremacists.”

The president also met with the survivors of the massacre, who are all in their early 100s. The three last known survivors testified last month before a House subcommittee about the riot and are urging Congress to consider reparations to be paid to the Greenwood community.

During his remarks, Mr. Biden announced new initiatives to target the racial wealth gap, including by expanding access to home ownership and small business ownership for disadvantaged communities. The Biden administration is setting a goal of increasing the share of federal contracts going to small disadvantaged businesses by 50% by 2026, which translates to an additional $100 billion over the five-year span, the White House announced Tuesday. The administration is also taking steps to end discrimination and bias in the housing market, including by launching an interagency initiative to combat inequity in home appraisals. The president noted that Black Americans’ homes are often valued less than White families’ homes.

The president also took the chance to promote his American Jobs Plan and American Families Plan, calling them fundamental investments. He also spoke of the importance of the right to vote, as some states look toward more restrictive voting laws.

While the president did not directly address reparations for survivors and descendants of victims of the Tulsa Race Massacre in his address, senior administration officials said Monday that Mr. Biden supports a study of reparations.

Mr. Biden’s visit comes as the nation continues to grapple with racial inequity and injustice. The president has called on Congress to pass police reform legislation in the wake of George Floyd’s death last year, which led to nationwide protests against police brutality, and has taken steps unilaterally to address racial inequity.