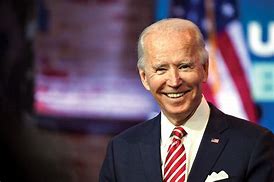 Washington — President Biden will meet Wednesday with Republican Senator Shelley Moore Capito, the leader of a group of Republican senators aiming to craft a deal with the president on legislation focused on revamping the nation’s physical infrastructure. The meeting comes after Capito and her colleagues introduced a counteroffer on infrastructure last week amounting to nearly $1 trillion, which is still significantly less than Mr. Biden’s $1.7 trillion proposal.

“The president is looking forward to hosting Senator Capito on Wednesday afternoon at the White House, where they will continue their bipartisan negotiations about investing in our middle class and economic growth through infrastructure,” a White House official told CBS News.

The meeting on Wednesday indicates the president’s willingness to engage with Republicans on key priorities, although it’s unclear how long negotiations will continue. Senate Democrats are already laying the groundwork to pass the larger infrastructure package through Congress using budget reconciliation, a process which would allow the measure to pass without any Republican votes.

“We are getting pretty close to a fish-or-cut-bait moment,” Transportation Secretary Pete Buttigieg said about the ongoing negotiations in an interview with CNN on Sunday. Senate Majority Leader Chuck Schumer indicated last week that the Senate will move forward with infrastructure legislation in July, regardless of whether Republicans and Democrats come to an agreement.

However, Mr. Biden earned a reputation for bipartisanship in his decades in the Senate, and he has signaled that it is important to him to reach a deal with Republicans if possible. Capito said in an interview with “Fox News Sunday” that she believes the president is invested in the negotiations.

“I think we can get to real compromise, absolutely, because we’re both still in the game,” she said. “We realize this is not easy. I think we bring every idea that’s on the table into the negotiations to see how we can achieve this and get it across the threshold.”

The group of Republican senators led by Capito announced a $928 billion counteroffer on infrastructure last week, with $257 billion in new spending. Republicans had previously offered a counterproposal of $568 billion, which many Democrats dismissed as too small.

The White House proposed a $1.7 trillion offer on infrastructure to Senate Republicans earlier this month, roughly half a billion dollars less than Mr. Biden’s initial $2.3 trillion proposal. However, Republicans said the most recent offer still included provisions that they don’t consider to be related to “traditional” infrastructure needs, such as provisions on construction of veterans hospitals and on strengthening home care.

Republican senators say that Mr. Biden indicated to them in their May 13 meeting at the White House that he would be willing to accept a proposal that cost around $1 trillion spent over eight years. But there are still significant disagreements over how the measure should be funded.

The group of Republicans has suggested using unspent funds from previous coronavirus relief plans to pay for the infrastructure bill. Capito noted last Thursday that several states will not be accepting funds for additional unemployment benefits, which could also be used to pay for an infrastructure proposal. But the White House argues that money is needed to continue the nation’s recovery from the worst of the pandemic.

Republicans have also suggested paying for some of the bill with user fees, but the president has repeatedly said that he is unwilling to raise taxes for any Americans making under $400,000 per year.

Mr. Biden also on Friday unveiled an historically large $6 trillion 2022 budget, including roughly $4 trillion in hoped-for infrastructure and families plan spending in the years ahead. Republicans are not expected to support the vast majority of what is included in the budget, leaving infrastructure measures as the most likely point of compromise. The rest of Mr. Biden’s budget priorities are expected to be considered through budget reconciliation.