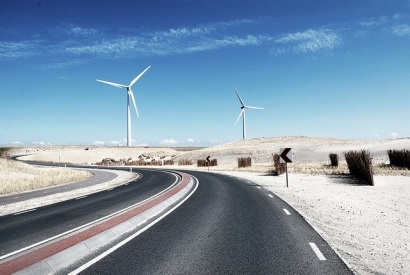 In February, those living in Texas suffered from a harsh winter storm. Freezing temperatures
well below the average caused people to either travel for warmth or find other ways to keep their homes at a comfortable temperature.

Along with the frigid weather, power outages swept across the state as well. As the storm passed through, Texans were forced to turn up their heat. With so many people turning on their heating systems at once, the energy demand was higher than ever, and the electric grid could not handle it. Therefore, millions of Texans found themselves suddenly without heat and power.

Many people blame alternative energy sources, but research increasingly shows that it was not the cause of the outage. This has led to a question — can renewable energy assist with winter storm power outages? Renewable energy doesn’t rely on natural gas or other fossil fuels, so it could be a solution rather than taking the blame for the outage.

The sudden change in weather patterns for Texas during this time of year is likely due to climate change.

Over the years, climate change led to extreme conditions with the potential to cause situations like the one in Texas. Other regions of the world have experienced similar issues — power outages, school shutdowns, and the government spending millions to restore the economy.

Variations in solar radiation have contributed to climate change, but human activities are mostly to blame. Human activities have led to an increase in carbon dioxide levels and energy usage. Although people try to be energy efficient at home to cut down on costs, the current energy infrastructure and continued use of fossil fuels for heat and power outweigh individual efforts.

In previous years, Texans relied on electricity produced from steam, coal, and hydroelectric power. While these sources are still used, the primary form of energy comes from natural gas. Out of all of their electricity sources, natural gas makes up nearly 50 percent of the total energy production. Renewables are used, as wind generates 20 percent of the total, but coal is still slightly above that percentage-wise.

While renewables account for over a fifth of the electricity production, some Texans are pushing for that number to be higher. However, Texas conservatives have blamed renewable energy, particularly wind turbines, for the mass power outages across the state. Instead, it was a result of a non-renewable resource.

Renewables Work Even in Cold Conditions

Natural gas has been failing as an energy source in Texas. The frigid temperatures slowed down the rate at which the gas moves, causing it to produce fewer gigawatts of power than expected. Typical temperatures don’t drop that low in Texas, and the pipelines for natural gas aren’t insulated from the cold, so the gas was freezing.

Despite what some say, wind turbines don’t stop working in cold weather. Of course, ice can pile up on the blades. However, turbine blades can be winterized, much like the wings and body of an airplane. This prevents the buildup of ice and snow so the turbine can continue turning and producing power.

Additionally, if more Texans used solar power, they likely wouldn’t have experienced the winter storm power outages. Solar energy is increasingly becoming more affordable, and Texas has a wealth of sunshine. Although snow and cloud coverage limits the amount of sunlight reaching the panels, home batteries can store excess energy for use in leaner times.

Increasing the number of renewable energy sources like wind and solar, whether in Texas or any other state, would assist with winter storm power outages. In just one hour, the sun can produce enough energy to power the world for one year. Adding increasingly affordable home batteries makes the entire grid even more resilient.

Renewable Energy installations could help solve winter power outages in more states than one. However, it will take time to move on from natural gas and coal, which have been used for many years across the country and have a powerful lobbying apparatus at their disposal.

As more people adopt renewables, the effects of intense winter storms won’t be as detrimental as they were in Texas.

Jane Marsh works as an environmental and energy writer. She is also the founder and editor-in-chief of Environment.co.