Did You Know: Greek Island Houses Were Painted In White & Blue To Curb A Disease - International Burch University

2 Marketing Factors That Will Never Change

Did You Know: Greek Island Houses Were Painted In White & Blue To Curb A Disease 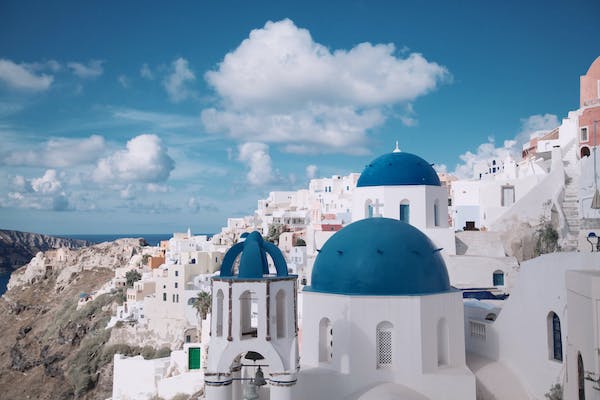 With Greece’s iconic island houses laid against the vivid sky, the choice to use blue and white only seems natural. However—at least in the beginning—buildings of Santorini, Mykonos, and the such had to be washed in these colors not out of aesthetics, but of necessity.

The white and blue palette would later become synonymous with the architecture of the Cycladic islands, so locals made the personal choice to paint their houses with it.

Surprisingly, the houses’ consistent design has little to do with the meaning behind the colors of the flag of Greece. It is all a beautiful, and dare we say Instagrammable, but unfortunate coincidence—one fueled by a cholera outbreak.

First, let’s back things up a little bit. According to Greek Reporter, many homes in Cycladic islands like Mykonos and Naxos were originally constructed with stone, as it was a more accessible material than wood in these rocky parts. A great drawback of the times was that the stones would typically be quite dark and were thus particularly susceptible to the sun’s glaring rays in the summer. As a result, homes would heat up with marked intensity in the warmer days.

To cool down their interiors, some people decided to paint their stone homes white.

This white would serve a second purpose in the 1930s, when Greece was struck by a cholera outbreak. Under the rule of dictator Ioannis Metaxas in 1938, the entire nation was mandated to whitewash their homes in hopes to control the spread of the disease.

That’s because the white pigment commonly used to paint houses back in the day was made with limestone, a disinfectant that could sanitize the houses.

Azure on a Budget…

As for the blue, it was really all about pinching pennies. The blue paint used for Greek island architecture was often made of limestone and a blue cleaning talcum powder known as loulaki.

Loulaki was a household product locals would have already kept at home. It was, therefore, most convenient and economical to put together a blue pigment in comparison to other colors of paint.

And Then it Blue Up

In 1974, the Greek military dictatorship passed a law for island houses to be painted in blue and white to inspire patriotism.

While this is no longer mandatory, several residents have maintained the color scheme, as it has indubitably been baked into the Greek island aesthetic.