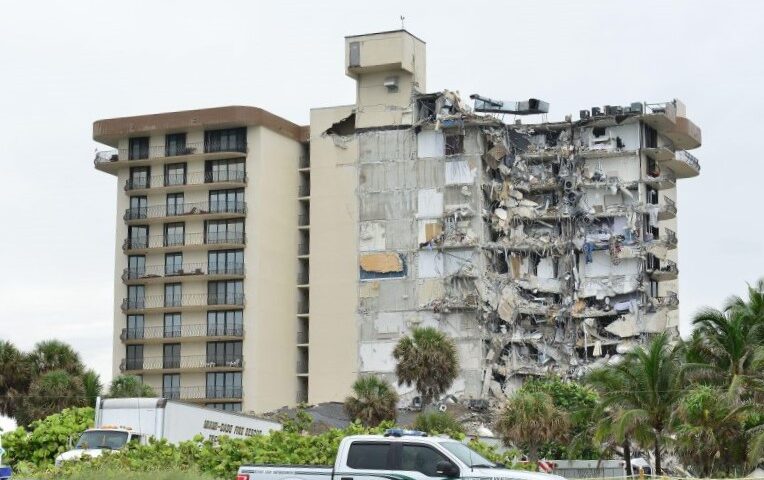 A search and rescue operation continues with more than 100 people still unaccounted for. So far, nine people have been reported dead.

John Pistorino, a Miami structural engineer who evaluated the Florida International University bridge collapse, has now been hired to investigate the cause.

However, an engineering report from 2018 reveals that the building had “major structural damage” and needed to be extensively repaired.

The report by Morabito Consultants adds that there was “abundant cracking and spalling” of concrete columns, beams and walls in the parking garage.

The report adds that the waterproofing under the ground-floor pool deck had also failed and had been improperly laid flat instead of sloped, preventing water from draining off.

Morabito Consultants recommended that the damaged slabs be replaced.

In a statement, Morabito Consultants confirmed its report “detailed significant cracks and breaks in the concrete, which required repairs to ensure the safety of the residents and the public.”

The firm added that at the time of the collapse “roof repairs were under way, but concrete restoration had not yet begun.”

Built in 1981, the apartment block was due its standard 40 year review. According to officials, it was undergoing its “recertification” process and required repairs.

Experts who studied the apartment complex last year also warned that it was unstable, with one study from a Florida International University researcher finding that the building had been sinking at a rate of 2mm per year for the last three decades.