Exclusive: American imprisoned in Russia calls on Biden to take ‘decisive action’ to stop detention of US citizens 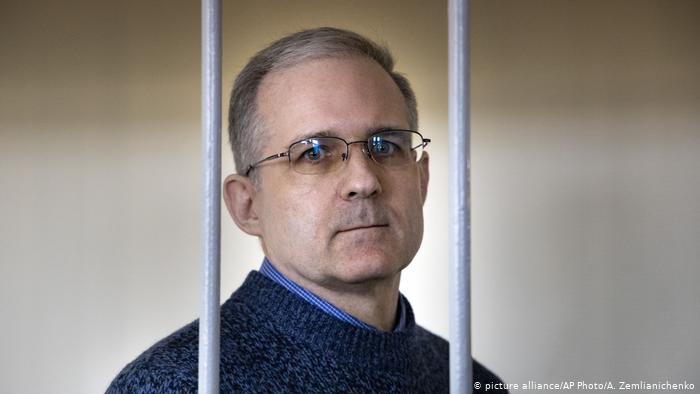 (CNN)Paul Whelan, an American imprisoned in Russia, called on President Joe Biden to “aggressively discuss and resolve” the issue of US citizens being detained for political purposes when he meets President Vladimir Putin at a summit later this month.”Decisive action is needed immediately” to stop the “abduction” of US citizens, Whelan told CNN in an exclusive phone interview from the Russian labor camp where he is serving out a 16-year sentence for an espionage charge he vehemently denies.”This is not an issue of Russia against me; it’s an issue of Russia against the United States, and the United States needs to answer this hostage diplomacy situation and resolve it as quickly as possible,” he said.Whelan told CNN he has “a positive feeling” about the forthcoming meeting between the US and Russian leaders, calling it “a good step in the right direction.”

“I know that President Biden and Secretary (of State Antony) Blinken are working towards my release and return home,” he said.Blinken raised Whelan’s case, as well as that of US detainee Trevor Reed, in his meeting with Russian Foreign Minister Sergey Lavrov in late May. Biden and Putin are expected to “discuss the full range of pressing issues” when they meet in Geneva, Switzerland, the White House said, including arms control, Ukraine and human rights abuses. Biden has adopted a far tougher stance toward Moscow than his predecessor, President Donald Trump, and unveiled extensive sanctions in April for its interference in the 2020 US election, the SolarWinds cyberattack and its ongoing occupation and “severe human rights abuses” in Crimea.

Whelan — who is also an Irish, British and Canadian citizen — was detained at a Moscow hotel in December 2018 by Russian authorities who alleged he was involved in an intelligence operation. US officials have condemned his sentencing and he again denied the charges in his conversation with CNN.”It’s pretty simple. There was no crime. There was no evidence. The secret trial was a sham,” he said. “This was done purely for political motive.””The more people that understand that I’m innocent, and that no crime of espionage ever occurred, the better,” Whelan added, noting that he hoped a resolution to his case would be quick.

Whelan spends his days working in a ‘sweatshop’

“It’s been more than two years. It’s almost 888 days, which is twice as long as US citizens were held hostage in Tehran,” he said.At the labor camp where he is imprisoned in Mordovia — an eight-hour drive from Moscow — Whelan spends his days working in a clothing factory that he called a “sweatshop.”It is “the exact same thing every day,” he told CNN. “We get up at 6. We have 10 minutes of exercises. We have breakfast for about 20 minutes, and then we work all day, have lunch for maybe 20 minutes, work all afternoon and then have part of the evening to ourselves after our formation and in that time we wash clothes, write letters, read books, try to make phone calls, things of that nature.”

He has a lingering cough and bursitis in his elbow from the factory work, he said, adding that “getting medical care here is very difficult.””The guards often stop us from going to the medical unit, and then at the medical unit it’s so crowded you’re often turned away. And I think that’s probably one of the biggest challenges right now, is just getting decent medical care,” Whelan said.A former US Marine who had been living in Michigan prior to his imprisonment in Russia, Whelan told CNN he is trying to keep “a positive mental attitude” about the situation. He credited writing letters and being able to read English-language books with helping his mind “stay in the right place.””I get through it day by day,” Whelan told CNN. “It’s something that daily you’re hoping there’ll be a resolution, but you know you’re working through everything that’s happening and hoping for the best.”