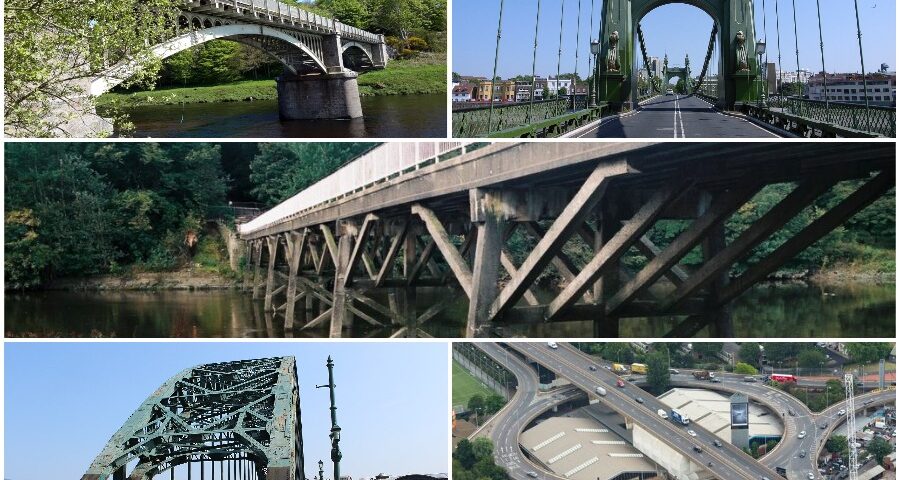 The state of the UK’s road bridges is in decline and funding for their repair is proving hard to come by.

The widely-publicised closure of Hammersmith Bridge is, unfortunately, just the tip of the ugly iceberg.

In January, the RAC Foundation revealed that the number of substandard road bridges managed by councils across Great Britain is increasing, with 3,105 bridges identified as being substandard.

This a 1.6% increase on the 3,055 figure revealed 12 months before. Devon, Essex and Somerset are the county councils with the most substandard bridges.

It comes after figures released by Highways England showed that nearly half the bridges on the country’s motorways or A-roads have sections which are in a “poor” or “very poor condition”.

In London, calls are now growing for a formal investigation into how road bridges are governed and maintained.

Transport for London (TfL) has previously warned that key routes such as the A40 Westway and Gallows Corner Flyover face being closed without investment for major repairs.

As revealed by NCE in February, the cost of patching up London’s surface transport assets has increased by 762% during the last five years. This includes all bridges and tunnels in the Capital as well as River Thames crossings.

TfL has previously estimated that it needs a £2bn investment in its entire road network during the next 10 years to prevent key road bridges and tunnels from shutting.

Here are just five structures in desperate need of cash for repairs.

Regular NCE readers will be all-too familiar with the demise of Hammersmith Bridge.

Before the 10 April 2019, 22,000 drivers made their merry way across Hammersmith Bridge every day without a second thought. Not a single motorised vehicle has crossed the 213m Victorian suspension bridge since.

Closed to motorised traffic for more than two years, the bridge served pedestrians and cyclists up until August 2020 when fears mounted that it was going to collapse.

Since then nobody – except a few inspection engineers – have crossed the old green and gold Victorian structure in West London.

In the months since there have been squabbles between politicians about funding a potential £161M repair plan, while engineers have aired disagreements on whether the bridge needed to be closed in the first place.

The DfT has committed to footing a third of the repair bill, but the council and TfL are struggling for cash to cover the rest.

Mott MacDonald will complete its engineering checks on the bridge at the end of the month – more than 27 months since the last vehicle crossed the bridge and almost one year since it shut altogether.

Under the Taskforce’s engineering plan, spearheaded by London Olympics transport mastermind Dana Skelly, the bridge will not be reopened to motorised traffic for at least six years.

Newcastle City Council leader Nick Forbes has warned of closures to the Tyne Bridge if funding for crucial repairs is not secured.

Forbes has warned that the bridge could be reserved for buses only if repairs are not carried out soon.

The council is also seeking funding to install a cycle lane and upgrade the pedestrian crossings at either end of the bridge.

As previously reported, the council and the Department for Transport (DfT) are currently locked in talks about releasing cash for the bridge.

Newcastle City Council is waiting to hear back on its submission to the government’s Levelling Up Fund after applications for other funding packages failed to provide the investment needed.

The application to the fund would secure £18M of the £36M needed to restore the bridge to its former glory.

Repairs to the A40 Westway have been on TfL’s agenda for almost a decade.

Speed limits have been in place on the sections of bridge for years. Due to the deteriorating condition of the structure, the speed limit was reduced on the road in July 2020 from 40mph to 30mph along the entire stretch of the Westway between the A40 Northern roundabout to the west and Marylebone flyover to the east.

The Westway structures carry the elevated A40 from Wood Lane flyover to the west side of Marylebone flyover. They need to be refurbished because several components have reached the end of their service life. We aim to start work on site by autumn 2021.

The Westway is a key strategic route and one of the busiest on TfL’s road network. It’s normally used by around 96,000 vehicles a day.

Major refurbishment work is now needed to keep the A40 Westway and surrounding road network running safely and reliably in the future.

Given the scale of the structure, and that some sections are a higher priority than others, TfL plans to do the work in phases:

Costain has been brought in to develop the design and construction plans for the project.

The concept design for phase one was finished in March 2021 and the detailed design is on target for completion in August 2021.

TfL now plans to be on site by autumn 2021 to start replacing the roller shutter joint – and currently expect the works to last for nine months.

Park Bridge, which links Drumoak and Durris across the River Dee, has been closed to motorists since 2019 after a routine inspection discovered major structural issues.

The category A-listed structure, built in 1854, has remained open to pedestrians and cyclists since but motorists have faced lengthy diversions.

In 2008, in an effort to protect the bridge from heavy vehicles a weight restriction of 3t was introduced, and a width restriction of 2m in 2013. A few years later a Principal Inspection Report (February 2019) raised concerns about the condition of the timber deck, which resulted in a temporary closure order of 18 months.

The temporary traffic order expired on 14 September 2020, which led to Aberdeenshire Council initiating a new traffic order (Prohibition of Driving) to prevent the bridge from opening for the foreseeable future.

Inspection reports conducted between 2011 and 2019 indicate that the Council failed to implement specific recommendations to maintain and repair the bridge.

Deteriorating bridges is not limited to the UK’s roads. The Old Tram Bridge in Preston is an example of a pedestrian bridge which is in a equal state of disrepair.

Rotten timber beams have reportedly fallen off the bridge in the past month and into the River Ribble beneath it, according to local newspaper Lancashire Post.

A footpath under the 200-year-old bridge has now had to be closed to protect walkers from falling debris.

The bridge was closed in February 2019, after a major inspection revealed its condition had significantly deteriorated since it last underwent a detailed examination in 2012.

A subsequent inspection found more than 200 faults with the bridge linking Preston and South Ribble, casting doubt over the historic structure’s future.

The most recent inspection report revealed that 50 out of 81 of the bridge’s pre-stressed beams had extensive horizontal surface cracking, indicating that they could fail suddenly without warning.

Connections between reinforced concrete beams also appear to have failed, meaning they no longer support each other. This means there is a risk they could fail suddenly or roll off their supports.

Many of the bridge’s beams are not seated correctly on supporting piers, with some areas of the piers breaking off. Large cracks have even appeared in some piers.

According to inspectors, there is a significant risk that support for one or more beams will be completely lost and a beam will collapse.

The County Council said that it is now working with the owners, Preston City Council, to find a solution “including external funding for a new bridge.”