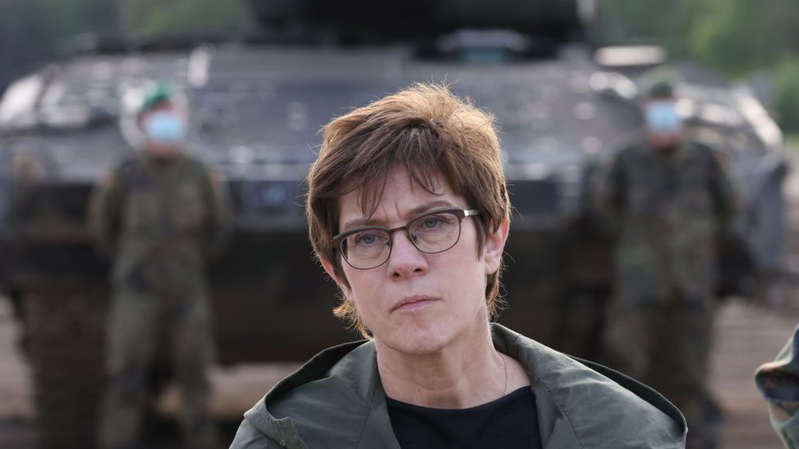 Germany has recalled a platoon from a Nato mission in Lithuania after reports emerged of troops engaging in racist and anti-Semitic behaviour, as well as sexual assault.

The allegations were first published by Der Spiegel news magazine on Monday.

Announcing the decision on Twitter, German Defence Minister Annegret Kramp-Karrenbauer said the misconduct would be “punished with all severity”.

Four German soldiers were initially withdrawn as part of the investigation.

The troops were in Lithuania as part of Nato’s “enhanced forward presence”, a mission which trains local soldiers as a deterrent against Russian in a number of Eastern European countries.

“The misconduct of some soldiers in Lithuania is a slap in the face of everyone who works in the Bundeswehr [German army] day after day to serve the security of our country,” Ms Kramp-Karrenbauer tweeted on Wednesday.

She said the entire platoon would be withdrawn with “immediate effect”, and that any necessary investigations and proceedings would take place in Germany.

On Tuesday, the minister said that any soldiers who knew about the incidents but did not report them would also face punishment.

According to Der Spiegel, the allegations relate to a party held at a hotel in Lithuania at the end of April.

A number of troops are suspected of bullying, threatening violence, filming an incident of sexual assault against another soldier, as well as singing anti-Semitic songs.

Separate allegations later emerged of sexual and racial abuse within the platoon, while some soldiers reported that a number of people sang a song to mark Adolf Hitler’s birthday on 20 April, according to Der Spiegel.

The German government has had to take action against suspected extremism in the armed forces on at least two occasions in recent years.

Last year, Defence Minister Kramp-Karrenbauer ordered the partial dissolution of the elite KSK commando force after 20 of its members were suspected of right-wing extremism.

On Tuesday however, German media quoted her as saying the KSK would not be completely disbanded following a year of reforms.

In 2017 meanwhile, inspections were ordered on all German military barracks after Nazi-era memorabilia was found at two of them.