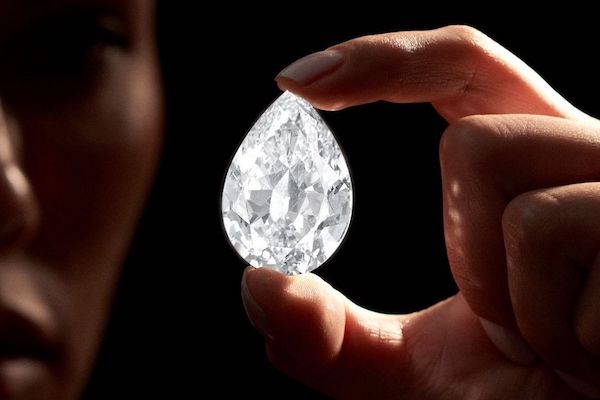 A giant 101.38-carat diamond, dubbed ‘The Key 10138’, was sold to an unidentified buyer in Hong Kong last week. Though it’s not the largest gemstone ever sold, it is the most expensive piece of jewelry purchased using cryptocurrency.

According toRobb Report, the massive gemstone is Diacore’s second-largest pear-shaped diamond to ever be sold publicly. To make it even more exclusive, the diamond has been classified as Type IIa, meaning it has no IR-detectable nitrogen or boron impurities, making it among the rarest diamonds in the world.

During the live-streamed sale, approximately a dozen bids were made for the diamond, eventually selling for US$12.3 million, right in the middle of Sotheby’s US$10 million to US$15 million estimate.

The auction accepted fiat money, Bitcoin, and Ethereum, though it’s not disclosed which cryptocurrency the buyer paid for it in.