5 Ways to Engage Your Clients (That Aren’t Boring Email) 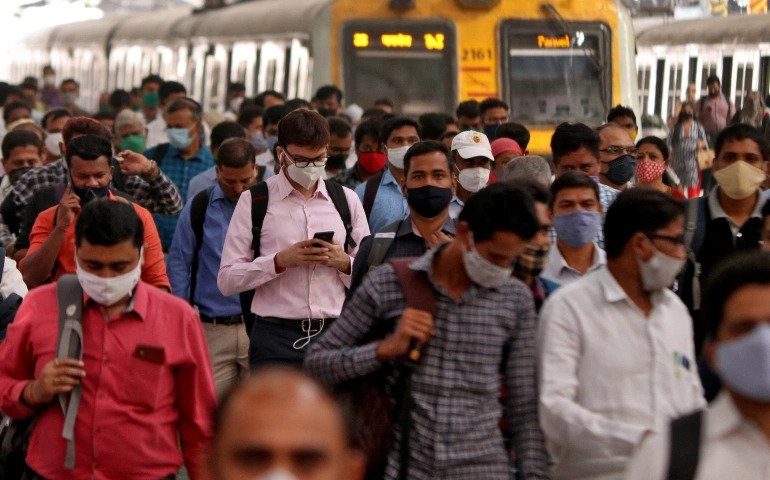 The global middle class shrank for the first time in decades last year because of the Covid-19 pandemic, with almost two-thirds of households in developing economies reporting they suffered a loss in income, according to two new estimates based on World Bank data.

In a study published Thursday, researchers at the non-partisan Pew Research Center found that the ranks of the global middle class – those earning $10-$50 per day – fell by 90 million people to almost 2.5 billion last year. That helped swell the ranks of the poor, or those living on less than $2 a day, by 131 million, Pew estimated.

The Pew data on the middle class actually understates the impact because an estimated 62 million high-income people, or those earning $50 or more per day, dropped into the middle tier as a result of the pandemic, said Rakesh Kochhar, the study’s author.

That meant the number of people who went into the crisis as members of the global middle class and fell out actually topped 150 million last year, according to Pew’s estimates — more than the population of France and Germany combined.

“In modern history it is hard to come up with examples where you saw such a sharp downturn in global economic growth,” Kochhar said in an interview.

If the Pew estimate holds true in actual World Bank income data still being gathered, it would mark an end to a pattern that has seen the global middle class expand without fail since the 1990s thanks to the rapid growth of developing economies like China and India.

When Pew last calculated the size of the global middle class in 2011 it made up 13% of the global population. By 2019 that had grown to nearly 18%, Kochhar said, with an average of 50 million people a year joining the middle-income ranks over the past decade.

In a separate paper published Monday based on surveys of 47,000 households in 34 developing countries with a collective population of almost 1.4 billion people, researchers at the World Bank found that 36% of households saw job losses last year and almost two-thirds saw incomes fall.

The result was the first increase in global poverty seen since the Asian financial crisis of 1997-98, the bank’s researchers wrote.

As in many rich countries, the surveys of countries ranging from Burkina Faso to Colombia, Indonesia and Vietnam show the burden of the economic hit disproportionately fell on women, young people and the self-employed in urban centers.

But they also point to the consequences that slower recoveries are expected to have. While the U.S. has unleashed unprecedented fiscal rescue efforts for its economy, many developing economies have had smaller resources to draw on.

According to the World Bank, as of September 2020, advanced economies had on average spent 7.4% of gross domestic product on rescuing businesses and people hit by the pandemic versus 3.8% of GDP in emerging markets and 2.4% in low-income developing countries.

With countries like the U.S. moving rapidly to vaccinate their populations and extending their government rescue efforts since then – as with the passage through Congress last week of President Joe Biden’s $1.9 trillion American Rescue Plan – the gap has only grown further since then.

What happens next to the ranks of the global middle class will depend heavily on the recoveries in key countries like India and remains hugely uncertain, Kochhar said. If growth bounces back as the coronavirus is vanquished this episode may end up being just “sharp scary roller-coaster ride that is over – in geological time – is over in a flash,” he said.

But growth may also be slower to return in many developing countries, he said.

South Asia accounted for more than a third of the decrease in the ranks of the middle class seen last year, according to Pew. Going into 2020, India’s economy was expected to grow at a rate of almost 6% over the year. The World Bank now estimates India’s GDP will have contracted by 9.6% in the fiscal year to March 31.