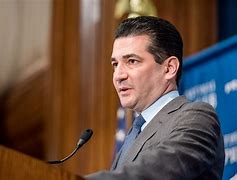 Washington — Dr. Scott Gottlieb, former commissioner of the Food and Drug Administration, said Sunday the “side of the ledger” that suggests COVID-19 could have emerged from a lab in Wuhan, China, has continued to grow as debate over the virus’s origins reignited last week.

The renewed focus on the origins of COVID-19 came after the Wall Street Journal reported three researchers from the Wuhan Institute of Virology in China sought hospital treatment in November 2019 after becoming ill. China, however, did not report the first case of the coronavirus until December 2019.

President Biden on Wednesday announced he ordered the U.S. intelligence community to “redouble” its efforts to investigate the source of COVID-19 and has set a 90-day deadline to “collect and analyze information that could bring us closer to a definitive conclusion” about how the pandemic started.

While the president received a report from the intelligence community earlier this month exploring whether COVID-19 emerged from human contact with an infected animal or through a laboratory accident, there is a divide among intelligence agencies, Mr. Biden said.

Gottlieb said the theory that the source of the coronavirus was a wet market in Wuhan has been “fully disproven,” and he stressed that China could provide evidence that would help identify its origins, including blood samples from employees of the lab in Wuhan, the original source strains and early samples of the virus that could be sequenced.

“If we assess that there is a probability or a possibility that this came out of a lab, it’s going to affect how we respond to this,” he said. “We’re going to need to focus on trying to get better controls in this sort of high-risk research going forward and get better controls over these BSL-4, these high security labs that conduct this research.”

Gottlieb said lab leaks aren’t rare and “mishaps” have occurred even in the U.S. But he said it’s important to understand the possibility the coronavirus came out of a lab so there can be heightened international attention on such facilities, including from intelligence services.

“We need to also look at public health through the lens of national security,” he said. “This was an asymmetric harm to the United States. COVID hurt the U.S. a lot more than it hurt many other countries.”

The pandemic effectively brought the U.S. economy to a halt last year as states ordered residents to remain home and businesses closed their doors to mitigate the spread of the coronavirus. More than 594,000 people in the U.S. died, according to Johns Hopkins University.

Gottlieb said knowing the origins of COVID-19 may not have affected the U.S. response to the pandemic and predicted further investigation will likely lead to a probability, not certainty, of how the virus emerged.

“We may never really determine with precision whether or not this came out of a lab,” he said. “I think what we’re likely to end up with is an assessment, a probability, unless we get very lucky and we either find the intermediate host, we find a colony of civet cats or pangolins where this is epidemic and it could have first spilled over into humans, or we have a whistleblower in China or regime change, which we’re not going to have. I don’t know that we’re going to find out with certainty that this came out of a lab.”© 2021 CBS Interactive Inc. All Rights Reserved.

Source:Gottlieb says “side of the ledger” suggesting coronavirus came from a lab has grown – CBS News