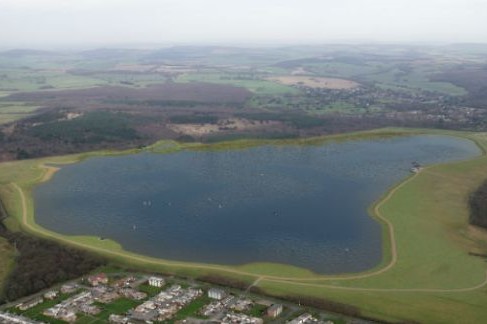 Portsmouth Water’s £100M Havant Thicket Reservoir has been given the go ahead by Hampshire councillors.

It will be the first major new reservoir in the UK for decades, after East Hampshire District Council’s planning committee resolved to grant planning permission.

The project is an environmentally-led scheme which will secure vital water supplies for the future, while protecting world-renowned chalk streams.

Planning applications for the reservoir and its associated pipeline were submitted to the local planning authorities in late 2020.

The decision comes after elected members in neighbouring Havant Borough gave their support to Portsmouth Water’s proposals last week, along with plans for the pipeline.

Legal commitments will now be finalised with the local authorities, before full planning permission is granted, potentially this summer. The reservoir is due to be completed and operational by 2029.

Taylor said the planning approval reflects “the growing public need for reliable and resilient water resources and our ambitions and commitment to support the environment and communities”.

He added: “As well as securing much-needed future water supplies, Havant Thicket Reservoir will help safeguard the River Itchen and River Test, two of Hampshire’s rare and world-famous chalk streams, by enabling less water to be taken from them. It will also create a new green leisure hub for people and wildlife.

“As the nature of the existing site will change, we’ve worked with environmental regulators to create an extensive programme to support the environment on and around the site. This includes the creation and improvement of around 200 hectares of woodland and pasture to support wildlife, and the creation of a 10-hectare wetland on the reservoir’s northern shore, which will be a major boost for threatened bird species.

“We remain committed to working with communities to make the very most of the reservoir’s potential to improve the lives of local people in particular – including opportunities for accessible leisure, education, sharing skills, creating jobs and supporting the local economy.”

Atkins was appointed in October 2019 to begin investigations, assessments and design requirements. The engineer will also support Portsmouth Water on supplier and customer engagement in the run up to the construction works.

In May, Portsmouth Water confirmed the suppliers in the running to help deliver the reservoir.