Groundhog Day: Why progress on the Hill keeps imploding in endless rerun 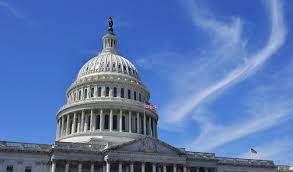 Everything is collapsing on Capitol Hill.

All the negotiations and compromises and coalitions and gangs of six or eight or ten are sinking into the usual partisan swamp.

When it comes to Republicans and Democrats making deals, it’s Groundhog Day. Everyone goes through the motions and ends up back where they started.

Everything is collapsing on Capitol Hill.

All the negotiations and compromises and coalitions and gangs of six or eight or ten are sinking into the usual partisan swamp.

When it comes to Republicans and Democrats making deals, it’s Groundhog Day. Everyone goes through the motions and ends up back where they started.

It was an overreach by Pelosi, as she’ll be left with an all-Democratic panel (plus Liz) whose findings will be dismissed as pure partisanship. She claims that Jordan and Banks, given their past statements on the riot and the Electoral College vote, will simply undermine the committee’s mission. But what exactly is new about that? Didn’t House Democrats do everything they could to derail the Benghazi investigations aimed at Hillary Clinton? Minority parties always play aggressive defense.

As for McCarthy, while he risks looking like the guy who took his marbles and went home, this was a gift from Pelosi. He gets to dilute the spotlight on the new committee and sneer at its conclusions.

FACEBOOK HAMMERED BY BOTH SIDES AS BIDEN TONES DOWN ‘KILLING’ ACCUSATION

On the very same day, the GOP blocked Chuck Schumer’s effort to get a test vote on a bipartisan infrastructure package. I have been saying for months that this thing would implode like a decaying bridge. I hope I’m wrong, but the two sides have never really come close.

Remember when Biden emerged from the White House with a group of senators and said “we have a deal”? Except he nearly killed the deal by insisting (before backtracking) that he’d only sign the bill if he simultaneously got a much larger, Democrats-only “reconciliation” bill.

They have never come close to agreeing how to pay for it. Biden wanted to boost taxes on corporations and wealthy individuals; the Republicans shot that down. Then the White House came up with the fig leaf of giving the IRS more funding—in the probably vain hope of catching all the tax cheats—and the GOP balked at that too. A whole lot of ink has been wasted on what turned out to be the mirage of progress.

SUBSCRIBE TO HOWIE’S MEDIA BUZZMETER PODCAST, A RIFF OF THE DAY’S HOTTEST STORIES

Take a look at Biden’s priorities: Voting rights. Police reform. Gun control. Immigration. We’re coming up on the August recess and everything is gridlocked. You might just get the impression that both sides care more about maneuvering for partisan advantage than actually solving problems.

Even Bill Murray eventually got to move forward with his life. For Congress, it’s the same old script.