Humans Can Develop A Sixth Sense In Just 10 Weeks

Teach students to get beyond Google search and use Nexis 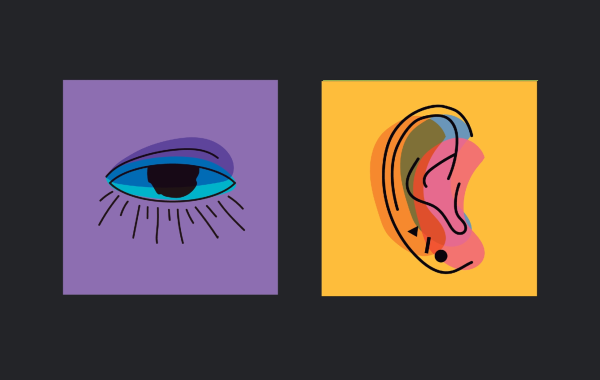 Want to add a superpower to your résumé? Two new, unrelated studies point at humans’ potential in developing a sixth sense: animal-like echolocation.

Some mammals, most notably bats and whales, navigate in the dark by sending out sound signals to their surroundings and perceiving how they bounce back. The way those sounds travel will offer cues about where solid objects are located, so the animals know where to avoid or target. Gizmodo notes that some people dealing with blindness have, for centuries, taught themselves a version of echolocation involving mouth clicks.

Scientists believe that humans can be trained to develop similar abilities that help them “see” in the dark—a particularly essential skill for those with vision disabilities.

Over in the UK, a team of researchers led by experimental psychologist Lore Thaler tasked 14 sighted individuals and 12 people who became blind early in their lives to take part in a 10-week training program for echolocation abilities. These participants, aged 21 to 79, had had little experience with echolocation. Meanwhile, seven others who had been using echolocation for at least a decade were also brought in as the control group.

The experiments were designed to see if participants could estimate the size and location of nearby objects or find their way around natural environments without sight.

When the 10 weeks were over, the researchers reported significant improvements in participants’ echolocation skills—and it didn’t matter how old or well-sighted the people were.

In fact, a few of the individuals who were new to the concept fared just as well as expert echolocators in certain tests, proving that anyone can easily pick up this ability and incorporate it into everyday life.

Perhaps most uplifting was that blind participants reported positive changes in their lives three months after the training program. All of them agreed that their mobilities have improved, while 83% said they now feel more independent.

“What made us explore it in the first place was that it is just such a fascinating skill, and that it has such great potential to help people who are blind and to investigate neuroplasticity on a more general level,” Thaler told Gizmodo.

The team worked with a small sample size, so the results might not be so conclusive. However, Thaler said it is the first time learning echolocation has been directly proven with data to enhance blind people’s daily lives “i.e. improved mobility, independence, wellbeing.”

The study also corroborates with a paper published by Japanese scientists last month, which detailed that humans can recognize moving objects in the dark with the help of sound waves.

So, if you’d like to get to your fridge for a quick snack at night, there’s probably no need to switch on the lights—just give it a holla and work your way around the kitchen.