India behind China & Pakistan in nuclear-warheads but not worried 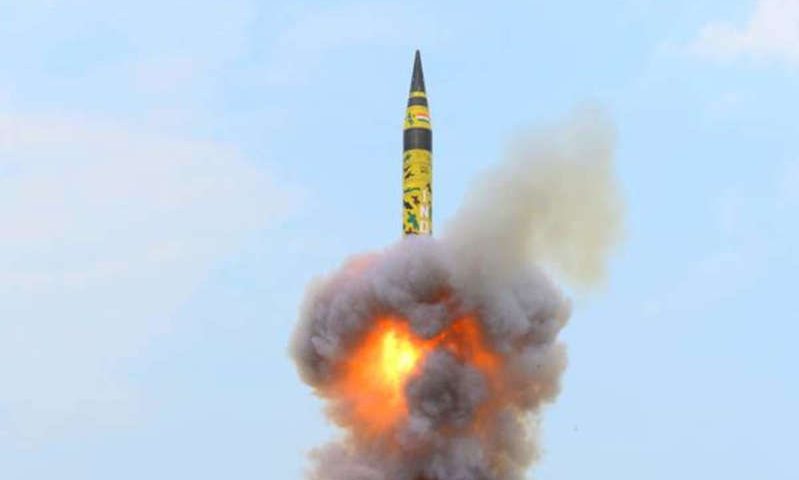 NEW DELHI: India is confident of its strategic deterrence capability, which will get a greater punch with the ongoing induction of Agni-V missiles and Rafale fighters as well the commissioning of nuclear submarine INS Arighat this year, though it still lags behind both China and Pakistan in the number of nuclear warheads.

China now possesses 350 nuclear warheads, while Pakistan has 165, as compared to 156 of India, as per the latest assessment of the Stockholm International Peace Institute (SIPRI) released on Monday.

Apart from Russia and the US, all the other seven countries are also either developing or deploying new weapon systems. “China is in the middle of a significant modernisation and expansion of its nuclear weapons inventory, and India and Pakistan also appear to be expanding their nuclear arsenals,” said SIPRI.

The report comes at a time India and China remain locked in the military confrontation in eastern Ladakh, which erupted in May last year, with no signs of de-escalation as yet. But the fresh border ceasefire with Pakistan has held since February.

“Nuclear weapons are meant for deterrence, not war-fighting. Pakistan, of course, has benefitted from its nexus in nuclear and missile proliferation with China and North Korea. But India is doing fine with the development and modernisation of its indigenous credible minimum deterrence,” said an official.

The tri-Service Strategic Forces Command, for instance, is now inducting the over 5,000-km range Agni-V intercontinental ballistic missile, which brings the whole of Asia and China as well parts of Europe and Africa within its strike envelope, after shorter-range missiles.

Similarly, the new Rafale jets have boosted the existing “air vector” for delivery of nuclear gravity bombs after some Sukhoi-30MKIs, Mirage-2000s and Jaguars were earlier modified for that role.

But the third leg of the “nuclear triad” is still far from being credible. India currently has only one SSBN in INS Arihant, with 750-km range K-15 nuclear missiles. Countries like the US, Russia and China have SSBNs with well over 5,000-km range missiles.

India has three more SSBNs under development, with INS Arighat slated for commissioning this year after some delay. The developmental trials of K-4 missiles, with a strike range of 3,500-km, in turn, have been completed but the induction is still some distance away, as was earlier reported by TOI.

Pakistan as yet does not have sea-based nukes, though it has tested the 450-km-range Babur-3 cruise missiles for deployment on conventional diesel-electric submarines. China, of course, is far ahead with its Type-094 or Jin-class submarines armed with the 7,400-km JL-2 missiles.

Soucre India behind China & Pakistan in nuclear-warheads but not worried (msn.com)