Crossrail ramps up trial running to eight trains per hour 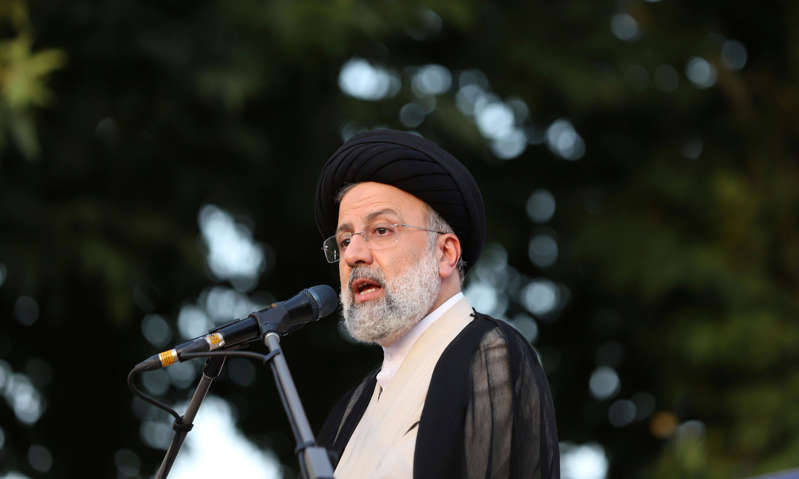 Iran’s hardline rulers are battling to ensure not only their preferred candidate, the head of the judiciary, Ebrahim Raisi, wins Saturday’s presidential election, but also that the electoral system that puts him into power retains a veneer of credibility with ordinary Iranians.

Polls are predicting a turnout as low as 40%, down from the previous 73% in 2017, partly because the Iranian regime has gone further than ever to engineer the result. Even so the regime is nervous since the compressed three-week campaign has, on at least three previous occasions, led to sudden late mood swings.

Raisi’s main rival, Abdolnaser Hemmati, the centrist former governor of the Central Bank of Iran, is trying to create a popular wave in the last days of the campaign with increasingly desperate warnings of Iran’s international isolation and an effective coup d’etat. He says his biggest enemy is none of the other candidates, but apathy and disillusionment more than a decade after the mass protests that followed the stolen 2009 election.

“What happened to our youth during these 12 years that changed their chants from ‘Where is my vote?’ to ‘No way I’m voting’?” he said.

Hemmati needs to prevent Raisi securing 50% of the vote in a first round of seven candidates – five conservative and two moderate – to secure a run-off. The result will be known Saturday.

Polls show Hemmati in second place and the hardline Raisi on the verge or with more than 50% of the vote.

Hemmati is inexperienced in daily politics and sometimes clumsy in the three heavily managed TV debates, but is seen as the only serious threat to the victory of Raisi whose prospects have been inflated by Iran’s unelected Guardian Council blocking nine reformist-backed candidates from standing, but also, more surprisingly, disqualifying Ali Larijani, a conservative former speaker of the parliament and a man impeccably loyal to the regime.

Larijani, from an influential Iranian political family, was briefly vocal on Twitter in demanding an explanation for his disqualification, but on Tuesday still called for Iranians not to boycott the vote.

The deep state’s embarrassment however escalated this week when Haidar Moslehi, minister of intelligence from 2009-13, revealed on TV he had ordered the Guardian Council to disqualify the popular reformist Hashemi Rafsanjani from the elections simply because officials had concluded from street surveys that his support was reaching 60 to 70%. Moslehi recalled telling the council it was “the duty of the children of Hezbollah” to stop him standing, and they complied.

An old video of Rafsanjani, who died in 2017, on the morning of his disqualification resurfaced on Tuesday showing him running vigorously on a treadmill, and saying he had done his duty by putting his name forward. One reason for his disqualification, supposedly, was his age – so the treadmill was an implicit rebuke.

Such political filtering is commonplace in Iran, but it is rare to hear confirmation of the fixing from so deep inside the intelligence machinery. The Guardian Council admitted Moslehi saw them six years ago, but said it came to its view independently.

His claim led Rafsanjani’s eldest son, Mohsen Hashemi, the chair of Tehran city council and himself debarred from standing in the 2021 election, to write to the supreme leader, Ali Khamenei, to ask if the election process was purely decorative. His sister Faezeh Hashemi said: “This is no longer an election; it’s an appointment, and they have set the stage in such a way that only Mr Raisi has a chance.”

The fixing has left a weakened reformist movement in anguish, split as often between those that want to boycott to not give legitimacy to a fix, and those that think four years of the hardliner Raisi would mark the end of the Republic. Some also argue it is time for the reformists to allow the hardliners to take full charge of every state organ, elected and unelected, so, for once, they have no one left to blame.

Half of the 46 strong general assembly of the Reform Front, the reformist umbrella group, on Tuesday called for Hemmati’s endorsement – seven short of the required two-thirds majority. But many reformist factions such as Etemad-e-Melli backed Hemmati, urging him to offer to make the foreign minister, Javad Zarif, his formal deputy.

Previously better known for his views on exchange rates, Hemmati took a quasi-reformist line through three TV debates and appearances on ClubHouse, including by attacking banks corruptly run of the Islamic Revolutionary Guards Corps, promising to put five women in the cabinet, opposing the morality police sending intimidating texts to women about the lax use of the hijab and vowing he would publish the results of an inquiry into the killings of protesters in 2019. His wife, Sepideh Shabestari, unusually appeared on TV dressed in a mantle veil rather than chador.

In one TV debate he walked across the stage to deposit the names of 13 people with huge debts and challenged Raisi to explain why he had not prosecuted them.

But the debates were heavily moderated by the state broadcaster in a near gameshow format, framing discussion around the state of the economy, and not for instance the state of justice or isolationist foreign policy, so Hemmati was often put on the spot. Raisi also has had the four other conservative candidates working his corner trying to unsettle Hemmati in the debates. Hemmati has dismissed them as cover candidates, and predicted correctly some would pull out to clear Raisi’s path.

Hemmati nevertheless won the influential endorsement of Mehdi Karroubi, a clerical leader of the Green Movement, which protested against the presidential elections in 2009 and who has been under house arrest for 10 years.

Mir-Hossein Mousavi, the main opposition candidate in 2009 who is also under house arrest, said in a more cryptic statement at the weekend: “I stand by those who have survived the humiliating and engineered election,” adding he would not give in to those that are party to backroom deals.

This, his first election statement in a decade, was interpreted in sympathetic papers such as Kalame as meaning he had sided with those that had turned their backs on the ballot box.

His wife, Zahra Rahnavard, appeared clear about the nature of the election. “The people have nothing to do and are not considered part of the republic,” she said. “And the republic, in front of everyone in the world is being slaughtered and finally being completely eliminated.”

The reformists insist this is not their last gasp, and say they still have a future pointing to a relatively young slate standing in the Tehran council elections, including five women. But it is a long road back.