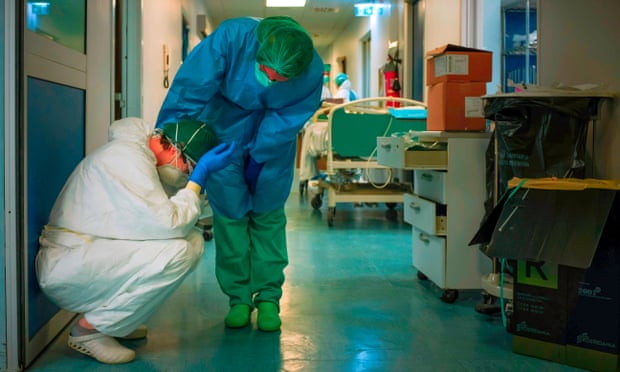 A case brought by more than 500 families of Covid victims seeking a total of €100m in compensation from the Italian government has reached court, as the first hearing into continental Europe’s deadliest outbreak got under way in Rome.

Lawyers representing the relatives of coronavirus victims filed a dossier of more than 2,000 pages on Thursday containing hundreds of testimonies and evidence of “systemic negligence” by the Italian authorities, which allegedly caused the deaths of thousands of people.

“Italy was late introducing measures to contain the outbreak of Covid,” Consuelo Locati, a legal representative of the families, told the Guardian. ‘‘And when they finally did, these measures were not adequate.’’Advertisementhttps://9ca5042e697b54c875a7500a524bc0b9.safeframe.googlesyndication.com/safeframe/1-0-38/html/container.html

As first revealed by the Guardian last year, when the health emergency overwhelmed Italy the country had an old and inadequate pandemic plan that made no mention of scenarios and planning assumptions.

The Italian authorities allegedly failed to update it when the World Health Organization and the European Centre for Disease Prevention and Control established new guidelines.

According to a 65-page report compiled by a retired army general, Pier Paolo Lunelli, tens of thousands of deaths could be attributed to the lack of sufficient anti-pandemic protocols.

‘‘The pandemic plan and strategies put in place to stop the infections did not take into account the structural deficiencies of hospitals and the Italian health system,’’ said Locati. “This civil case calls into question the responsibilities of politicians and institutions and asks that they assume their responsibilities in front of the citizens they were called to protect and whose rights they have violated – both the right to health and the right to life.”

The dossier also includes the latest findings, which are being examined by Italian prosecutors, that suggest the coronavirus was spreading throughout the country weeks before the first case of local transmission was officially detected, owing to a lack of compliance with guidelines on epidemiological surveillance.

According to medical records, a man in his 50s was admitted to hospital with bilateral pneumonia at the end of January 2020 in Bergamo, Lombardy. That province was severely hit during the first wave of the pandemic. According to experts, this information “could change the timeline of the pandemic in Italy”.

Since the beginning of the pandemic in Italy, doctors have been saying they believe the virus was circulating in the country weeks before it was officially detected. Some medics in Lombardy, by far the worst affected region, reported seeing cases of “strange pneumonia” in patients in late December 2019. Despite this, the institutions ignored the appeals.

According to lawyers, the implications of this possible negligence are that many deaths could have been avoided.

At the first hearing, which began on Thursday in Rome, dozens of representatives of the victims’ families were forced to wait outside the tribunal, owing to the Covid restrictions still in place.

In Bergamo, prosecutors are still investigating suspected criminal negligence by the Italian authorities in the handling of the pandemic.

A former director at the health ministry in the Lombardy region and five health managers who are under investigation have denied any wrongdoing.

Italy was the first western country to be hit by the pandemic and has the second highest Covid-related death toll (127,718 as of Wednesday) in Europe, after the UK.