The role of the sketchbook in creative work 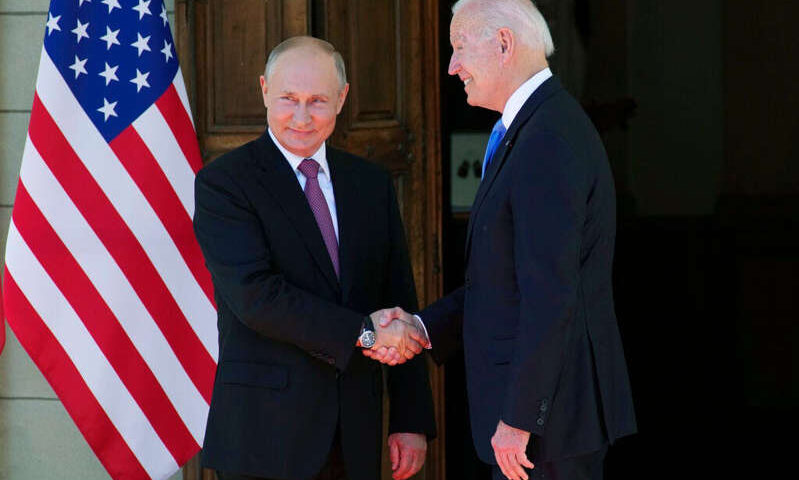 President Joe Biden’s first face-to-face meeting as president with Russian President Vladimir Putin was underway Wednesday in Geneva, Switzerland, following a weeklong European tour in which Biden reaffirmed U.S. alliances and reiterated his message that “America is back” on the world stage.

Biden’s first international trip as president culminates with highly anticipated talks with Putin that are expected to last about four to five hours, a senior administration official told reporters aboard Air Force One. The two leaders are expected to focus on nuclear arms, cyber attacks and human rights, the official told reporters on the condition of anonymity in order to discuss the summit.

Swiss President Guy Parmelin made a few brief remarks welcoming the two leaders, before Biden and Putin shook hands, looked at each other and then entered the 18th-century villa where their talks are taking place. Biden and Putin did not speak.

Parmelin said he wished the leaders a “fruitful dialogue in the interest of your two countries and the world.”

Biden has sought to tamp down expectations about the high stakes meeting but earlier this week told reporters he planned to take a tough line on issues including a recent string of cyberattacks and Russian aggression in Ukraine but also find areas of mutual interest where they could cooperate.

The president is “not expecting a big set of deliverables out of this meeting,” the administration official said.

“I have met with him. He’s bright, he’s tough, and I have found that he is a, as they say when we used to play ball, a worthy adversary,” Biden told reporters of Putin at a news conference Monday night.

Putin has met five U.S. presidents since coming to power in 1999.

The summit with Biden is being held at Villa La Grange, a handsome 18th-century villa that overlooks Lake Geneva. Biden and Putin are meeting 36 years after former President Ronald Reagan and then-Soviet leader Michael Gorbachev held talks at a separate well-appointed villa in Geneva as Washington and Moscow sought a thaw in relations.

The U.S. president spent the days in the lead-up to the summit meeting with dozens of foreign leaders at the Group of Seven and NATO meetings in Britain and Brussels, Belgium, as he sought to restore transatlantic diplomatic ties unwound by his predecessor’s nationalist policies.

He told reporters his foreign counterparts appreciated he chose to meet with Putin so quickly despite criticism of his timing of the summit.

“Every world leader here as a member of NATO that spoke today, and most of them mentioned it, thanked me for meeting with Putin now,” he said. “And they thought it was thoroughly appropriate that I do, and I had discussions with them in the open about what they thought was important from their perspective.”

Biden’s meeting is expected to mark a stark contrast to Putin’s last meeting with an American president. Former President Donald Trump stirred controversy when he defended Russia against allegations of 2016 election interference at their meeting in Helsinki in July 2019. Unlike that meeting, Putin and Biden plan to hold separate press conferences following talks.

Ahead of the talks, Putin’s official spokesman Dmitry Peskov cautioned that the diplomatic meeting was not likely to produce any breakthroughs.

“We have many long-neglected questions that need to be trawled through. That’s why President Putin is arriving with an attitude to frankly and constructively set questions and try to find solutions,” Peskov said. “However, the fact that the two presidents agreed to meet and finally start to speak openly about the problems is already an achievement.”