Journalists are under stress. What’s the solution?

There’s no such thing as a former journalist 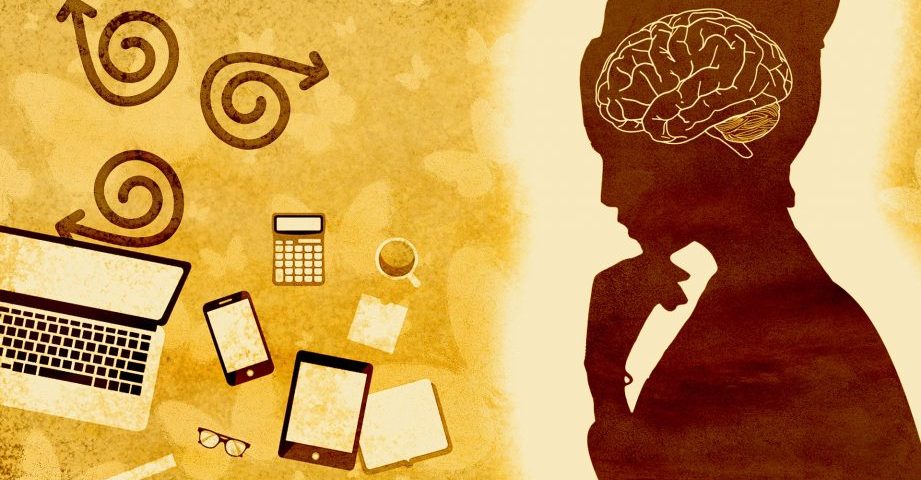 Nearly two decades ago, Fred Fedler, a University of Central Florida communications professor, set out to explore how journalists in the early days of the newspaper industry, between the 1850s and early 1900s, coped with stress without the support of their employers.

Stress, burnout and post-traumatic stress disorder weren’t formally recognized until the middle of 20th century, but after sifting through hundreds of documents, including books and magazine articles, Fedler found that even though reporters didn’t use the word “stress,” they expressed it: they were horrified by what they saw when reporting on crimes or fires, felt nervous and depressed. They had nightmares and felt despair.

So how did journalists cope? They became hardened or detached, misused alcohol and drugs, broke under stress or quit the profession altogether, Fedler concludes.

By the time Felder published his research, news outlets had covered the Oklahoma City bombing, the Columbine High School massacre and the Sept. 11 terrorist attacks. Researchers had started publishing studies showing journalists were vulnerable to stress and at risk of developing anxiety and insomnia. And since then the impact of journalists’ work on their mental health has been well-documented.

Studies have found that, depending on the journalists’ beats or work locations, 4% to 59% have symptoms of PTSD, according to the Dart Center for Journalism & Trauma, a project of Columbia Journalism School, advocating for better media coverage of trauma and researching the psychological impact of reporting on traumatic events.

Journalists have also been documenting the problem.

In a May 2021 article, “The COVID Reporters Are Not Okay. Extremely Not Okay,” journalist Olivia Messer, who left her job as the lead COVID reporter at The Daily Beast due to extreme stress, interviewed a dozen local and national journalists who were experiencing some of the despair and trauma that she had felt.

“Many of them told me they do not feel supported by newsroom leaders; that they do not have the tools they need to handle the trauma they are absorbing; and that most of their bosses don’t seem to care about how bad it has gotten,” Messer writes in the article, which appears in Study Hall, an online publication and support network for people who work in the media. “Some said they are still finding themselves sobbing after meetings, between meetings, on calls during work, or when the day ends.”

A need for practical tips

Despite data on the impact of journalists’ jobs on their mental health, very few studies have provided practical tips for newsrooms or explored effective methods to prevent and address stress and burnout among journalists.

In the 2015 study “Job Demands, Coping, and Impacts of Occupational Stress Among Journalists: A systematic Review,” published in the European Journal of Work and Organizational Psychology, researchers analyzed 28 peer-reviewed studies published between 2002 and 2015 about journalists’ job stressors, coping strategies and the impact on their health and well-being.

The authors found that even though there was an abundance of studies on impacts of journalists’ jobs on their health and well-being, studies about “coping strategies and occupational stressors in journalists are somewhat scarce.”

Still, over the years, researchers have dispensed some recommendations to newsrooms about addressing journalists’ stress and mental health. We sifted through several dozen studies about journalists’ mental health, shared with us by the Dart Center for Journalism & Trauma — a project of Columbia Journalism School, advocating better media coverage of trauma and research into psychological impact of reporting on traumatic events — and teased out the following tips.

“Much like a police officer, firefighter, or paramedic, a journalist can suffer traumatic reactions due to his or her experiences on the job,” the authors write. “And while nothing can be done to completely shield someone from developing PTSD or its symptoms, training can help lessen the blow of a traumatic experience, thereby offering some protection against more severe psychological and emotional distress.”

The authors add that budding journalists don’t realize they are unprepared to face trauma until they were already on assignment.

In the 2018 study, “Are We Teaching Trauma? A Survey of Accredited Journalism Schools in the United States,” published in Journalism Practice, researchers found that only 1 of 41 journalism schools that responded to a survey offered a course that taught journalists how to protect themselves from psychological trauma and how to interact with trauma victims.

“Reporters need to be trained to recognize traumatic symptoms in themselves so they can take the necessary steps early on to keep those symptoms from developing into long-term or chronic issues that can impact mental and physical health.”

Are We Teaching Trauma? A Survey of Accredited Journalism Schools in the United States

Most schools said that they included lesson on journalism and trauma to varying degrees in other courses, but the time spent on the topic varied widely from one day to two weeks, according to the study.

In “Fostering Trauma Literacy: From the Classroom to the Newsroom,” published in Journalism & Mass Communication Educator in 2020, the author surveyed 254 print journalists and interviewed 24 of them to find out how their journalism education prepared them for covering trauma.

More than half of respondents said they never received any type of education related to crisis reporting. But those who had some type of education about trauma journalism reported higher levels of awareness about the potential effects of trauma and coping mechanisms, writes study author Natalee Seely, an assistant professor at Ball State University.

“Novice reporters who are unsure of how to interview crime victims and unaware of the potential effects of trauma, and thus may be more vulnerable to burnout, guilt, posttraumatic stress disorder (PTSD) symptoms, and unhealthy coping habits,” writes Seely. “Exposure to trauma reporting strategies and lessons in higher education can foster “trauma-literate” journalists and editors, resulting in a healthier workforce and possibly a more humanized newsroom culture.”

A 2011 study, “Coping with Traumatic Stress in Journalism: A Critical Ethnographic Study,” published in the International Journal of Psychology, also points out that compared with professionals such as military personnel, police and firefighters, who receive training and organizational support for stress reduction due to exposure to traumatic events, “journalism as a profession is far behind.”

“We believe it is time to address the needs of this understudied and underserved population of ‘first responders,’” the authors write.

2. Offer peer support, a number to call, employee assistance programs and some time off

In “Addressing the Effects of Assignment Stress Injury,” published in Journalism Practice in 2009, researchers interviewed 31 Canadian journalists and photojournalists who were exposed to traumatic assignments.

The participants listed several measures that could be helpful in battling job-related stress and trauma, including informal peer support groups, potentially facilitated by someone who can identify signs of traumatic stress and refer the journalists to appropriate resources.

They also expressed interest in having time to reflect on their experiences, in other words, a “cooling off period” by taking a leave.

Editors participating in the study said that counseling services should be available and suggested checking in with reporters about their stress levels. But researchers also found that some editors were more understanding than others about overwhelming reporters with trauma-based assignments.

Some reporters said their editors were unprepared to help them.

Study participants had other suggestions: editors’ recognition that they had just covered a traumatic assignment and lightening the reporters’ work load after a heavy story and trauma education for journalists.

“Several participants suggested distributing written material such as a small card with telephone numbers that could be called when assistance was needed,” the authors write, quoting a journalist who told them, “Editors should give everybody a card with a phone number that they can call at any time, 24/7, when they’re upset—people work late nights. The cop reporters are working till 2:00 a.m. and might be totally upset at that hour. They might be tempted to go out drinking, or go home and drink; so 2:00 a.m. would be a good time to make a call.”

Another suggestion in the study was creating an information booklet that describes the signs and symptoms of PTSD, acute stress, depression and anxiety, and includes a list of books and websites that may be helpful to journalists. (The “Trauma & Journalism: A Practical Guide” by the Dart Center for Journalism & Trauma is a good example.)

The authors also encourage newsroom managers to raise awareness about their organizations’ Employee Assistance Programs, with details such the programs’ offerings, the therapists’ specialties and the confidentiality policies of the programs.

“Having the opportunity to sit with an editor to talk about what was experienced in the field, how it was handled (including aspects of planning, hostile environment training, techniques used in the field, what did/did not work), and what could be improved is an invaluable learning opportunity for both journalists and editors alike,” authors write.

In the 2015 study “Ethical Dilemmas, Work-Related Guilt, and Posttraumatic Stress Reactions of News Journalists Covering the Terror Attack in Norway in 2011,” published in Journal of Traumatic Stress, researchers suggest organizing meetings or individual discussions after tragic events with a focus on “how the case was handled, and on factors that can be improved for future cases.”

These conversations can help reporters work through their dilemmas about their work and experience and diminish the underlying feelings of guilt or other negative thoughts connected with a story, researchers write.

“Managers responsible for such meetings, however, would have to be properly prepared, and training would need to be provided,” they add.

In a 2009 study, “Managing Vulnerability: Job Satisfaction, Morale and Journalists’ Reactions to Violence and Trauma,” published in Journalism Practice, researchers surveyed 400 U.S. journalists and found that “when journalists see managers as empathetic on these matters, job satisfaction and perceived morale are higher, and journalists also are more likely to remain committed to their careers.”

“Newsroom managers could easily poll staff members to assess their employees’ confidence about handling sources or subjects who have experienced tragedy.”

Management support, the authors write, “may be critical in helping journalists cope effectively with trauma.”

They advise newsroom managers to create an environment in which reporters feel safe talking candidly about emotional distress.

In their study, only about 20% of the journalists said they felt well prepared to interview victims of violent or traumatic events. Nearly one third said they weren’t prepared.

“Newsroom managers could easily poll staff members to assess their employees’ confidence about handling sources or subjects who have experienced tragedy,” researchers write. “If training is called for, managers could use that occasion to sensitize journalists to their own potential vulnerability to emotional distress; to reaffirm support for employees who experience emotional reactions to tragedies; and to provide employees with the professional skills that they need to do their jobs effectively and sensitively.”

In the study “Post-Trauma Psychopathology in Journalists: The Influence of Institutional Betrayal and World Assumptions,” published in Journalism Practice in May 2020, researchers once again recommend creating a newsroom culture that destigmatizes psychological needs and call for more trauma-related training for journalists.

“In the current state of the field of journalism, with shrinking staff sizes, unstable career prospects, and increasing job responsibilities for journalists, addressing the aftermath of traumatic experiences via trainings or debriefings has often fallen low on lists of priorities, whether it is due to a matter of stigma or lack of time and resources,” the authors write.

The feeling of lack of regard by their managers can increase the reporters’ level of anxiety, stress and fear, researchers write.

They strongly encourage newsrooms to increase their knowledge on the prevalence and treatment options of relevant mental disorders for a variety of reasons: to increase the reporters’ comfort levels in discussing these problems; to encourage disclosure and decrease stigma; to become more proactive in screening for symptoms; and to prepare for directing journalists to mental health treatment resources as needed, such as PTSD, alcohol dependence, and depression are treatable disorders.