The Urban Planning Battles that Gave Us Modern Day Cities

Kempt, Couth, Ruth: On the Disappearing Antonyms of “Grumpy” Words 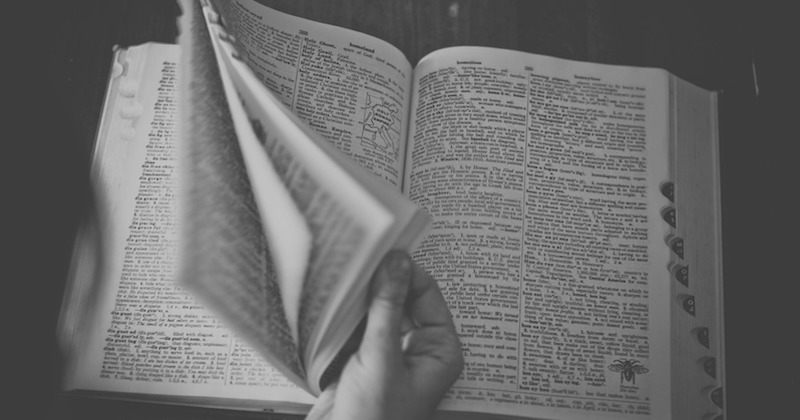 Some words seem to only have a grumpy, negative version. A person can be uncouth, unkempt and ruthless, but why can’t they be the opposite?

In fact, at one time they could be. Some of these unpaired negative words were formed on the Old English layer of the language, when couth meant “known,” as well as “familiar,” “pleasant,” or “cozy.” It’s related to kith, as in kith and kin: the people you know and the people you’re related to. So uncouth was “alien, unfamiliar, strange,” and eventually today’s “uncultured and bad mannered.”

Kempt was how you said “combed” in Old English (when the verb “to comb” was kemb), and ruth was the “quality of rueing”—feeling compassion or pity—in the way that growth was the “quality of growing.” A compassionate, merciful person was ruthful. Other words formed on this old Germanic layer are hapless, unwieldy, and ungainly. Hap meant “luck” or “fortune.” Hapless was “unlucky” before it came to mean “incompetent.” There was no contrasting hapful, but there was happy—which originally meant “fortunate.” To be wieldy meant “to be capable of easily wielding your limbs or your weapons.” Light, quick, and agile. Gain meant “straight” or “direct,” as in “the gainest road.” Something gainly is direct, useful, and helpful. Ungainly is unpleasant, incompetent, and awkward.

The streak of partnerless negatives doesn’t end with the old layer. The next layer, when French and Latin flooded in, contributed an enormous number of these words. Indelible, incorrigible, disconsolate, impeccable, ineffable, inscrutable, incessant, indefatigable; these all first came in their negative forms in the 15th and 16th centuries. While there were some later forms like delible (deletable), corrigible (correctible), consolate (comforted), and peccable (liable to sin), they quickly fell out of use, except in cases where they were used extremely self-consciously for showy or humorous effect. In the 17th century we do find effable (speakable), scrutable (understandable by scrutiny), cessant (ceasing), and defatigable (easily fatigued), but no evidence that they were in regular circulation.

In a few cases, the un- negated root word had been brought into the language much earlier. We had appoint before disappoint and mantle long before dismantle, but we would no longer consider those words to be opposites. Disappoint does not mean “undo an appointment” (although it used to), and dismantle means “to take apart,” while the verb mantle meant “to cover or put a cloak on.” Disgruntled is the word that probably inspires the most humorous play, because it’s just so much fun to say gruntled. In this case, the root word predates the dis- version by more than 200 years. To gruntle meant making little grunty complaining sounds all the time, which is not really the positive counterpart to the grumpy disgruntled. That’s because dis- here is not an opposite maker but an intensifier. It’s the same one used in disturb, where turba is Latin for “turmoil.”

So we might have just gone and formed the word gruntled for this meaning if we wanted, but why complain only a little when you can do it intensified?The main reason more negatives have lost their positive partners is that we have prefixes and suffixes that form a negative of a word but none that do the reverse.

On the Disappearing Antonyms of “Grumpy” Words

There aren’t many jokes about the bashless, grateless, and wistless. The main reason more negatives have lost their positive partners is that we have prefixes and suffixes that form a negative of a word but none that do the reverse. We can make a clean thing sound dirty by calling it unclean, but we can’t make a dirty thing sound clean by making it undirty. Unhappy makes sense, but unsad sounds wrong, and not very positive at all. Attaching -ful to a word doesn’t make it positive, just full of the thing it attaches to (hateful, shameful, harmful).

If a prefixed or suffixed word becomes frequent enough, it may develop an independent identity, no longer seeming composed of two parts at all. This happened, for example, to atone and alone, which started as at one and all one. Then, language change can affect the root without affecting the affixed word. The pronunciation of one, formerly closer to ‘own,’ changed to ‘wun,’ but not in atone and alone. Similarly, kempt changed to combed, but not in unkempt. If one day the language has changed to the point where clean has become cayn and dirty has become dorgy, we might still be left with an unpartnered unclean to joke about, but we won’t have an undirty with which to do the same.

When words don’t have a positive partner, it’s usually because a negative prefix once attached itself to another word that then became obsolete. At least these words get to live on in some way, negative though it may be.