Kier has won a contract to deliver a major programme of highways and utility work on Phase 2a of the High Speed 2 (HS2) project, which will take the railway north of the West Midlands.

Parliament gave the 57km extension the green light in February.

Phase 2a will carry trains bound for destinations such as Glasgow, Liverpool, Manchester and the north west, speeding up overall end-to-end journey times and freeing up space on the existing network.

Known as Enabling Civils Works – Package 2 (ECW2), the £50M programme will be awarded in two stages and includes a range of early works designed to reduce disruption during the main build stage of the project.

This includes major highways works and associated utility diversions as well as a range of environmental and other surveys along the 57km stretch of route. The second stage of the work will be awarded in 2022.

The contract award also follows the start of procurement for the design and delivery partner for Phase 2a earlier last month and the award of the early environmental works contract earlier this year.

More than 16,000 jobs and over 650 apprenticeships are already being supported by the project, which is set to transform transport links between Britain’s major cities, free up space on the rail network for more freight and local services and support the UK’s transition to net zero carbon emissions. 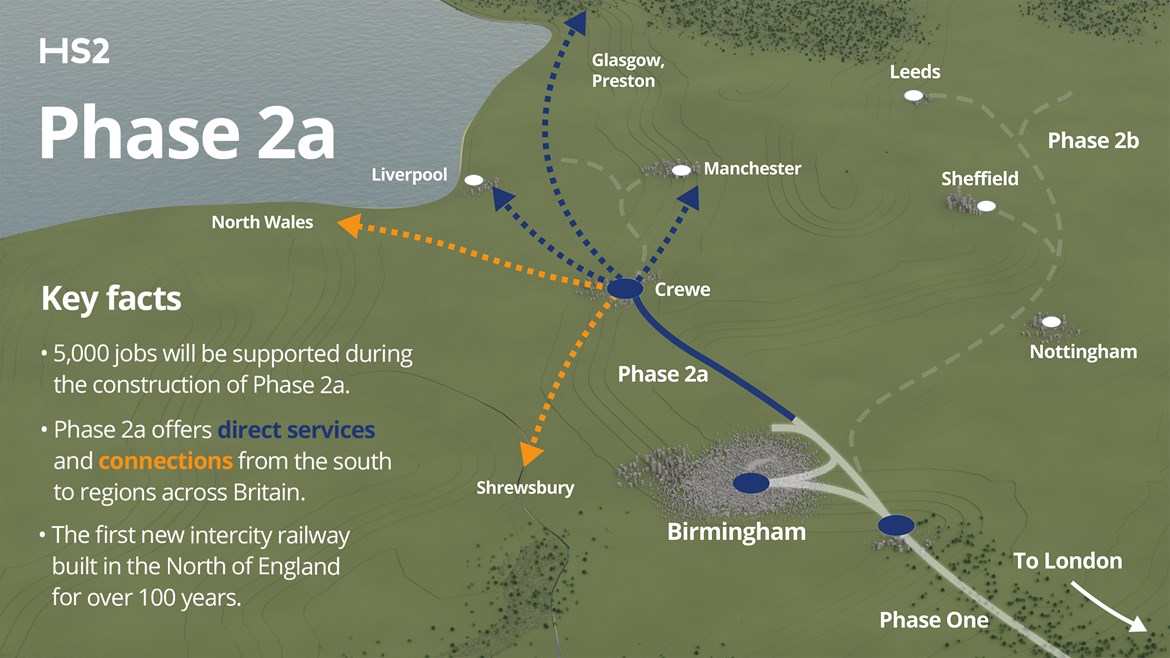 HS2 Ltd procurement and supply chain director Andrew Cubitt said Kier will play a “vital role” in the delivery of the railway.

He said: “HS2’s Phase 2a represents a massive opportunity for businesses in the north of England and across the UK in the short term, and in the longer term it will speed up journeys for trains bound for places like Glasgow, Liverpool, Manchester and the North West, and release much-needed extra capacity on the existing mainline.”

Kier Infrastructure group managing director Mark Pengelly added: “Being appointed to deliver this early works package allows us to build on our existing relationship with HS2 Ltd and implement lessons learned from Phase 1.

“We already deliver a range of projects in the area and our work on Phase 2a will provide increased employment opportunities for both local people and our local supply chain partners.”