Switzerland, Neutral for Centuries, Just Picked the F-35 as Its Next Fighter Jet 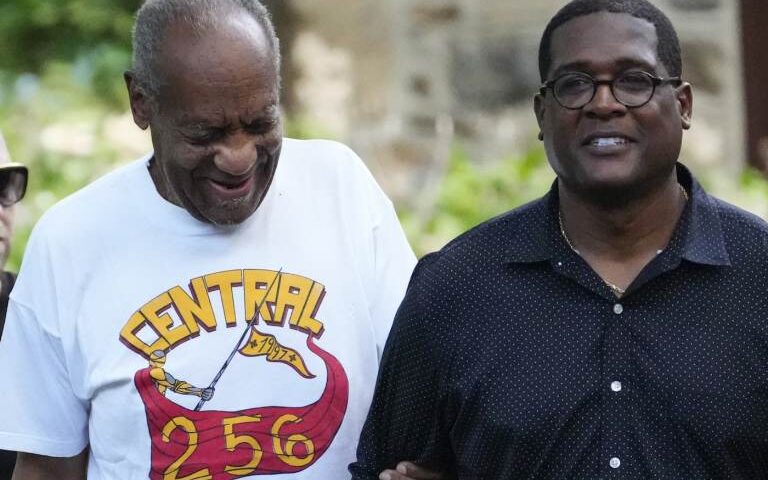 Liberal media appear to be falling in line with White House Press Secretary Jen Psaki‘s suggestion that the Republicans are the party trying to defund the police, despite several prominent progressive Democrats explicitly stating as such over the course of the past year.

“Well, the president did mention that the American Rescue Plan, the state and local funding, something that was supported by the president, a lot of Democrats who supported and voted for the bill, could help ensure local cops were kept on the beat in communities across the country. As you know, [it] didn’t receive a single Republican vote. That funding has been used to keep cops on the beat,” Psaki said in response to a question from Fox News’ Peter Doocy on Tuesday.

“It’s true that some activists, including a small number of Democratic politicians, support the abolition of police departments,” Jonathan Bernstein wrote. “A much larger group of activists and politicians has advocated for something called defunding the police, but that has in context meant a variety of things, some relatively radical and some not at all. On the other hand, as Psaki pointed out, Democrats in Congress have recently secured massive amounts of funding for state and local governments, over Republican objections, with a fair amount of that money specifically intended for local police departments that pandemic-strapped cities couldn’t afford.”

Biden supporter and Washington Post columnist Jennifer Rubin agreed with the administration, tweeting, “Even the Squad is more pro-police than these Republicans” as she shared a new op-ed from Dana Milbank entitled, “Republicans have a new strategy: Blue Lies Matter.

In his analysis, Milbank relied partly on the “legislative scorecard” from the National Association of Police Officers to make his point. The original members of the Squad all scored higher than Republicans like Reps. Elise Stefanik, R-N.Y., Ken Buck, R-Col., Jody Hice, R-Ga., and Mo Brooks, R-Ala., according to the survey.

“Where it really counts, all four members of the Squad are more pro-police than their Republican critics,” Milbank concluded from the numbers.

Freelance journalist Drew Holden, who called Milbank’s analysis “punishingly stupid,” sifted through the scorecard cited by Rubin to reveal it relied on some questionable criteria.

“All you need to know about this report, and the HACK reporters pushing it, is that AOC, who called to fully defund the NYC police department last year, scored a 71% on that scorecard,” said Ali Pardo, Communications Director for House Republican Conference.

A few of the lawmakers singled out in the piece defended their pro-police records, both individually and the GOP at large.

“The Republican Party is the party of law and order, defending the police, and we will always proudly stand with our men and women in blue,” Stefanik said in a statement to Fox News. “The American people know very clearly that the Democrats have led the dangerous and destructive agenda to defund the police causing today’s crime crisis in America. I am honored to have the support of the law enforcement community in my district, and I will never let them down.”

In May, Buck introduced “Back the Blue,” a resolution meant to honor the men and women who serve on the frontlines. His office, too, responded to Milbank’s charge that he is less supportive of the police than his progressive colleagues.

“Rep. Buck is a staunch supporter of our nation’s law enforcement,” a spokesperson for Buck told Fox News. “He served in the law enforcement community for almost three decades, as a district attorney for Weld County, Colorado, a chief of the criminal division in the Colorado U.S. Attorney’s Office, and a prosecutor with the U.S. Department of Justice. House Democrats actually want to defund the police, Republicans want to defend the police.”

Hice, who was also singled out in the Post’s piece, tweeted on Tuesday that Democrats spent a full year advancing the Defund the Police movement. He warned that “insane” policies of their “extremist woke base” will have serious consequences. He was one of several people to note that the Democrat-run cities appear to be in the most trouble.

“It’s simply preposterous to claim that the socialist leaders of the Squad support law enforcement more than my House Republican colleagues and I, especially after they’ve spent the past year shouting to defund or even dismantle the police,” Hice added in a statement to Fox News. “As usual, the Washington Post is disingenuous and misleading in their desperate attempts to push Democrats’ outlandish narrative. When it comes to policy positions on things that directly impact police officers on a daily basis, like protecting qualified immunity, it’s clear who actually stands with law enforcement and it most certainly is not the Squad.”

Only now that crime is “skyrocketing,” he said, especially in Democrat-controlled cities that defunded the police, “Democrats and their pals in the liberal media are scrambling to backtrack and cover up their failures.”

Fox News contributor Deroy Murdock agreed, as he listed several examples of crime-ridden cities overseen by Democrats. He too suggested that there was a sudden rush to change the narrative and pin the bloodshed on Republicans.

Members of the supposedly “pro-police” Squad have often voiced support for a decrease in law enforcement funding following the death of George Floyd in Minneapolis last summer. Rep. Ilhan Omar, D-Minn., called the Minneapolis police “rotten to the root” and demanded their dismantling last June.

In April, following the death of Daunte Wright in Brooklyn Center, Minnesota following a confrontation at a traffic stop in which an officer said she accidentally pulled her gun on the driver and not her Taser, Rep. Rashida Tlaib, D-Mich., wrote quite pointedly, “It wasn’t an accident. Policing in our country is inherently & intentionally racist. Daunte Wright was met with aggression & violence. I am done with those who condone government funded murder. No more policing, incarceration, and militarization. It can’t be reformed.6b0fed8977b867481ff4&siteScreenName=foxnews&theme=light&widgetsVersion=82e1070%3A1619632193066&width=550px

Several more of their progressive colleagues have called for slashing or redistributing police funds over the last year.

Rep. Mondaire Jones, D-N.Y. argued for “moving funding away from police departments and toward programs that improve public safety by helping to address the roots of systemic inequality.”

Rep. Alexandria Ocasio-Cortez, D-N.Y., has not only supported defunding the police, but she’s doubled down on the idea even after Democratic House losses last November, which many blamed on the radical rhetoric coming from AOC and the like.

“I believe the path toward justice is a long arc. Safety is not just an officer with a badge and a gun,” Ocasio-Cortez maintained. “Our [police budget] is too high,” she said of the then-$6 billion figure for the NYPD.

Fox News host Sean Hannity called Psaki’s Defund the Police talking points an “outright lie.” He wondered when the fact checkers would publish an analysis of it.

“Where are the so-called fact-checkers at The Washington Post or fake news CNN or PolitiFact, maybe they want to weigh in on this one,” Hannity said. “Just might be the most blatant lie in modern American politics. But you don’t have to take my word for it because we actually have proof. It’s called videotape. Thank God for videotape.”

Asked to point out a Republican who supports defunding the police during Wednesday’s White House press briefing, Press Secretary Jen Psaki struggled to provide a name.

The new rhetoric on defunding the police comes amid polling that shows an overwhelming majority of Americans believe crime is on the rise, and vast public trust in police. Seventy-two percent of registered voters have “a great deal” (36 percent) or “fair amount” (36 percent) of trust and confidence in police and law enforcement, according to recent Fox News polling.