Millionaires in space! The beginnings of the space race - International Burch University

Shakespeare and the sciences of emotion

Millionaires in space! The beginnings of the space race 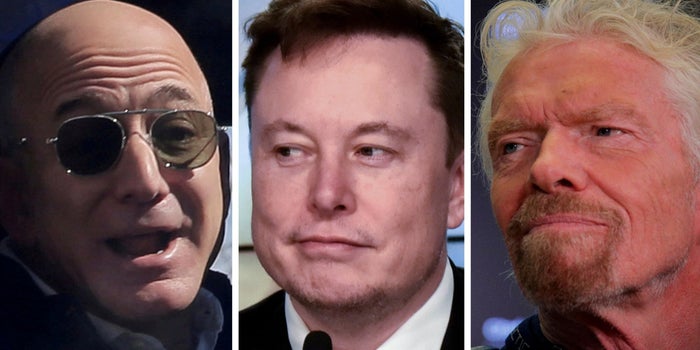 Once he touched the sky, the human being has wanted to go beyond the Earth, wanting to explore new horizons that allow him to discover the unprecedented and explain the events that happen in his environment, looking at the sky and trying to understand the why of the mysteries that awaits space.

In July 2021 another milestone will be reached for humanity: Spaceflight available to any human being… who has millions of dollars to spend, not to mention physical fitness, on a tourist trip beyond Earth.

This new achievement did not happen overnight, it has been a long process that has taken more than 50 years, to overcome the fiction and the limits of what would seem impossible.

Principles of the space race

The space race between the United States and the Soviet Union lasted from 1955 to 1975 , representing a similar effort in the two countries to explore space with artificial satellites and to command humans.

On October 4, 1957, the Soviets put Sputnik I into orbit and thus managed to turn the world’s gaze towards Moscow. It was a key element in the Cold War, as it was the first artificial satellite in human history.

At first, it was the Soviets who took the lead by getting the first artificial satellite, Sputnik I, into orbit, weighing 83.6 kilograms, orbited the Earth for 92 days and achieved 1,440 revolutions.

Another milestone in the space race occurred on November 3, 1957 , when the dog Laika was the first creature to travel around the planet aboard Sputnik 2.

Wernher von Braun , a mechanical and aerospace engineer who worked in Nazi Germany (although he never identified himself with this regime), was a key element for the United States to lead the space race that it maintained with the Soviet Union. Braun, a specialist in the manufacture of rockets, was passionate about space travel that, without his help, the 1969 moon landing would not have been possible.

When United States President John F. Kennedy unveiled his program to put a man on the Moon, the German scientist worked on the Saturn V , a high-powered spacecraft made up of three stages: the first had five engines with ignition duration of two minutes and thirty seconds, the second consisting of five engines with duration of six minutes and thirty seconds and, finally, an engine with ignition duration of two minutes.

At the beginning of the 70s, the space race weakened, since in 1972 the two powers began a joint initiative called Apollo-Soyuz, which in 1975 achieved the synergy of a rocket from the United States and the Soviet Union. .

Since then, only 12 people have walked on the moon

Twelve people have walked on the surface of the Moon, beginning with Neil Armstrong and Buzz Aldrin in 1969 on the Apollo 11 mission; Charles “Pete” Conrad and Alan Bean in 1969 on the Apollo 12 mission; Alan Shepard and Edgar Mitchell in Apollo 14 in 1971; David Scott and James Irwin in Apollo 15 in 1971; John Young and Charles Duke in 1972 on Apollo 16; Harrison “Jack” Schmitt and Eugene Cernan in 1972 on Apollo 17.

The National Aeronautics Administration (NASA) is credited with unique scientific and technological achievements in flights into space that have had significant impacts in the United States and worldwide. Forged in response to early Soviet space achievements, NASA relied on the National Advisory Committee for Aeronautics (NACA) and other government agencies, as well as the American nation’s civil aerospace research and development site.

On October 1, 1958, the government agency responsible for space programs, NASA, opened its doors, accelerating the work that had already begun on human and robot flights. Project Mercury was his first high-level program, an effort to learn whether humans could survive in space. Subsequently, the Gemini Project used rockets built for two astronauts to hone their capabilities necessary for the national goal of making a human journey to the Moon by the late 1960s.

It was in July 1969 when the Apollo Project achieved the mission with the Apollo 11 mission, in addition to extending it with five lunar landing missions that were successful until 1972.

Following the Skylab and Apollo Soyuz Test Projects of the mid-1970s, NASA manned spaceflight efforts were resumed again in 1981 with the Space Shuttle program that continued for 30 years.

The great tycoon Richard Branson aims to get to space before Jeff Bezos. Virgin Galactic, a Branson company, announced on its test flight that it will be on July 11 . The spacecraft will depart from New Mexico, being the first to transport an entire team of company workers, as well as being Virgin Galactic’s fourth spaceflight.

On the other hand, on July 20, Jeff Bezos will make his first space flight with a crew from his rocket company Blue Origin , together with his brother Mark and the first American flight instructor in history, Wally Funk, 82 years old. They will embark on a journey into space, where they will join another fourth passenger who paid approximately $ 28 million in an auction launched by Bezos’ aerospace company for their journey on the New Shepard.

Elon Musk is not far behind with SpaceX, who is the other contender in this space race and plans a first space tourism mission by Falcon 9 at the launch of Inspiration4 before the end of the year. This event would take place at NASA’s Kennedy Space Center in Florida, according to a statement from the aerospace company.

Cape Canaveral’s remote location, mild climate and coastal area made it an ideal site for testing missiles. It is known to be the main center of space activities in the United States.

It was in 1949 that the Joint Long Range Ground Test Base was established at this location. The story originated on July 24, 1950, when the first rocket was launched from Cape Canaveral, the Bumper 8, which was a modified German V-2 missile, this marked the true beginning of the space program.

The space age achieved a boom with the Apollo 11 program, it was one of the events where more than 500 million people were spectators worldwide and is highly recognized as one of the most relevant moments of the 20th century.