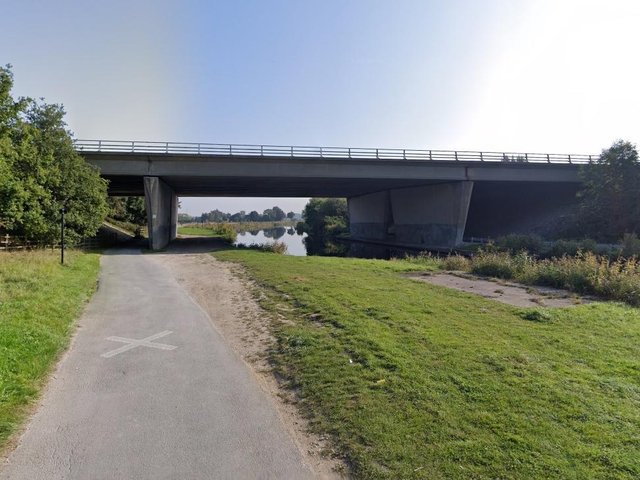 Engineers are inspecting multiple faults on a bridge that carries the M62 between Wakefield and Leeds.

Problems have been identified with two expansion joints, which are designed to help bridges move slightly under traffic strain or changes in air temperature.

Road closures are now in place, with Highways England network operations manager Christopher Addy confirming the roads will be closed for “an extended period of time”.

“Engineers are on site assessing two bridge joints on the M62. Expansion joints help bridges move under the stresses and strains of heavy traffic and during changes in air temperature,” he said.

“The fault occurred at 11am [on Wednesday]. To safely carry out inspections we have closed two of the three lanes at junctions 30 – 31, and lane one at Ouse Bridge eastbound, which will be in place for an extended period of time.

“The ongoing assessments will help determine when repairs can begin.

“Road signs advising of the delays are in place across the network and drivers are advised to leave extra time for their journeys.”

The bridge closure comes amid similar ongoing challenges for the Hammersmith Bridge in London.

Hammersmith Bridge Taskforce’s project manager Dana Skelly has said that returning the crossing to its former glory will be a “huge feat of engineering”.

Challenges include replacing the bridge’s 172 hangers, replacing the seized bearings on all four pedestals on both towers as well as installing external frames to allow the cracked pedestals to be by-passed providing temporary stabilisation to the bridge structure.

The bridge has been completely closed completely since August 2020 after cracks in the structure’s cast iron pedestals widened following a period of warm weather last summer. It has been shut to motorised traffic for more than two years.

The Department for Transport has now committed to funding a third of the total repair bill estimated to be between £140M and £160M.

Meanwhile, Newcastle City Council leader Nick Forbes has warned of closures to the Tyne Bridge if funding for crucial repairs is not secured.