Net zero transport ambitions need to zero in on delivery

If there’s one thing most people will take from the government’s Transport Decarbonisation Strategy, it’s that we’re likely to see an end to diesel HGVs on our roads by 2040. 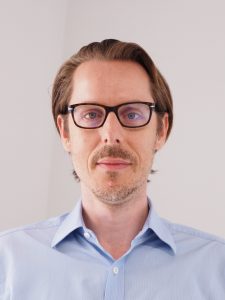 Net zero transport ambitions need to zero in on delivery

James Heath is Chief Executive of the National Infrastructure Commission

While it’s easy to be sceptical about headlines overshadowing details, this particular headline sends an important signal.

Ending the sale of new petrol and diesel HGVs within the next 20 years is something the Commission first called for in 2019.

This kind of proposal leaves no one in any doubt about the government’s position on the need to rapidly decarbonise every aspect of our transport systems. This will largely be achieved through changing the way we power our vehicles.

We now have a firm commitment to deliver a net zero railway network by 2050 with an ambition to remove all diesel-only trains from the network by 2040, largely through electrification.

The importance of active travel has again been emphasised, with a renewed aim that half of all journeys in towns and cities will be cycled or walked by 2030.

Perhaps most ambitiously, we also have a target for net zero emissions in domestic aviation by 2040, and plans for a ‘jet zero’ carbon emissions trajectory to 2050.

So, the destination has been punched firmly into the satnav. But the precise route of the journey is still to be calculated.

And that is where the Commission is now looking to government for further action.

The electrification of cars, vans, buses and trains wherever possible, and developing other low carbon sources of energy where necessary – such as for heavy transport and aviation – all rely on new nationwide infrastructure.

Deploying this infrastructure will involve high upfront costs and demand uncertainty, which could hold back investment.

While a consistent policy environment in support of the end goal is important, no engineer needs me to say that what we really need is the project blueprint in order to make rapid progress.

Government appears to acknowledge this. It pledges “to set out our vision for infrastructure rollout, and roles for the public and private sectors in achieving it,” in an electric vehicle infrastructure strategy later this year.

This is one example where, to scramble a well known phrase, the delivery is in the detail.

We would look to such a strategy, and those for other sectors, to provide clarity on the infrastructure end point. For instance, how many and what type of charging points, situated where. And clarity on the timetable for infrastructure delivery with clear milestones, alongside identified owners who will be accountable for delivery. This should align with a regulatory approach that enables early planning of power distribution upgrades and the adoption of digitised demand management systems for vehicle charging.

Many consumers will only be persuaded to buy electric vehicles once the charging network is of a size and reliability to end range anxiety and helps serve premises without off-street parking. If we want to accelerate adoption of zero emission vehicles, we must accelerate infrastructure roll-out.

Similarly when it comes to freight, there are still several different technological options in play for zero emission heavy duty vehicles. Detailed assessments now need to be undertaken, as the Commission proposed in 2019, to identify the infrastructure required for battery electric or hydrogen HGVs at depots and along major freight routes to enable the transition.

Delivery plans also need the funding behind them to support the development of new technologies and bring down their costs. In some sectors this may include an approach to taking action where the market might not – such as our proposal to subsidise charging points in rural and remote areas.

Government has made progress in many areas, but as the Institution of Civil Engineers’ Chris Richards put it, we now need “clarity on who is doing what, and why and when”.

Such plans, when aligned with forward-looking regulation, will provide confidence to the market to invest in the necessary infrastructure. But they will also give confidence to businesses and consumers; those deciding whether their next new car or commercial fleet will be electric, for instance.

It’s only by having detailed delivery plans that we can convince both audiences that the journey is on track – and unlock both the supply and demand in step with government’s ambitions.

*James Heath is chief executive of the National Infrastructure Commission