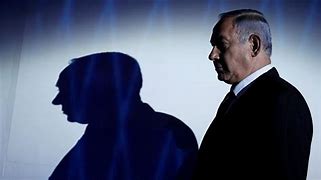 Benjamin Netanyahu has fought back against what he slammed as a “dangerous” coalition of opposition parties that were rushing to establish a government aimed at unseating the country’s longest-serving leader.

A day after the opposition head, Yair Lapid, announced that he and Naftali Bennett – his far-right partner and prime minister in waiting – could form a “government of change”, the race was on to get it voted on in parliament and sworn in.

Who is Yair Lapid?

The process could take two weeks or more, all while the coalition remains vulnerable to collapse. It is composed of a mix of bitter ideological rivals, including Jewish religious nationalists and Arab Islamists, who are united only by a shared desire to oust Netanyahu.Q&A

Who is Naftali Bennett?

On Thursday, the opposition was scrambling to get the speaker of the Knesset, Israel’s parliament, to schedule a vote of confidence in the proposed government. However, the speaker, Yariv Levin, is a member of Netanyahu’s Likud party and has powers to delay, giving his boss more time to manoeuvre.

The far-right politician Avigdor Lieberman, a member of the new coalition, warned that the interim period could allow Netanyahu – famed for political acrobatics – to find kinks in the plan. “We launched the move, but we haven’t completed it. There will be 12 days that won’t be easy,” Lieberman told Channel 13 TV. However, he added: “In the end, there will be a government.”

In his first remarks since Lapid announced the proposed coalition, Netanyahu tweeted on Thursday morning that all rightwing lawmakers “must oppose this dangerous leftwing government”. He accused the Lapid-Bennett coalition of having “sold out” to politicians from the country’s Arab minority.

The opposition coalition had a razor-thin margin of 61 seats in the 120-seat Knesset, meaning cold feet from a single lawmaker could topple it.

One member of Bennett’s Yamina party had already defected earlier this week, after an outcry among the hard right that Bennett would join “leftist” parties and Arab lawmakers – politicians he had long derided to his nationalist base.

In days of protests outside Bennett’s house, former supporters have called him a traitor. Israel’s domestic intelligence service, the Shin Bet, said on Thursday it had provided Bennett with bodyguards.

Meanwhile, voices from Netanyahu’s party were adding pressure. Gilad Sharon, the son of the late Likud prime minister Ariel Sharon, accused Bennett on Thursday of “selling out his principles, which have proved to be very flexible, for the sake of a job”.https://interactive.guim.co.uk/uploader/embed/2021/06/israel-coalition-zip/giv-82553NNZwFSVJ8v/

In a first for Israel, where roughly a fifth of the population are Palestinian citizens, a small party of Islamists signed up to join the government. The leader of the United Arab List, Mansour Abbas, is seen as a pragmatist. He hopes to secure billions of shekels in investments for the minority and to freeze home demolitions in Arab communities.Advertisementhttps://891874cbf85c4f2d9016870ebddbb5a3.safeframe.googlesyndication.com/safeframe/1-0-38/html/container.html

Abbas told Army Radio on Thursday he hoped other Arab lawmakers who want Netanyahu gone but have also refused to support Bennett would back the proposed government to bolster its slim majority.

Netanyahu, who has been in high office for a total of 15 years since 1996, gathered allies at his residence. He is facing political danger but also potential threats to his freedom.

The 71-year-old is fighting three corruption cases, on fraud, bribery and breach of trust charges, which he denies. If he were to go into opposition, he may be denied parliamentary immunity, and the new government could pass legislation to bar him from office in the future.

Abbas said Netanyahu had been calling him on Wednesday before he signed the coalition agreement in the hopes of changing his mind. Abbas said: “I think that it is natural for there to be talks and pressure in politics.”