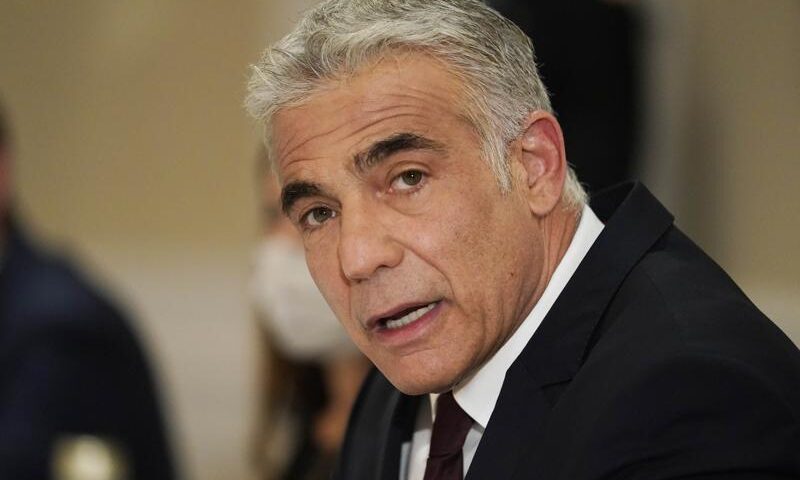 The Emiratis and Israelis had strong reservations about the nuclear deal between Tehran and world powers brokered by the Obama administration. Their shared concerns over Iran helped propel quiet ties and covert meetings long before they formally announced full diplomatic relations last year.

Then-President Donald Trump, with former Israeli Prime Minister Benjamin Netanyahu’s backing, pulled the U.S. out of the nuclear deal in 2018 and imposed a raft of sanctions on Tehran, further crippling its economy. The Trump administration brokered the agreement that established ties between the UAE and Israel. It was hailed by both Netanyahu and Trump as among their greatest achievements.

The UAE and Israel signed the U.S.-brokered “Abraham Accords” and the United Arab Emirates was soon joined by Bahrain in normalizing ties with Israel — becoming the third and fourth Arab states to sign peace deals with the Jewish state, after Egypt and Jordan. Soon afterward, Sudan and Morocco also established ties with Israel.

President Joe Biden’s administration has expressed support for the accords, but has also said they are no substitute for engaging on issues between the Israelis and Palestinians. Biden has also pushed to revive Iran’s nuclear accord with world powers, which is aimed at limiting Tehran’s ability to develop nuclear weapons.

On Sunday, Lapid met with U.S. Secretary of State Antony Blinken in Rome and later with Bahrain’s foreign minister, among others. He was quoted as saying that Israel has serious reservations about the nuclear deal being discussed in Vienna, but pledged Israel would make its objections privately.

While in Abu Dhabi on Tuesday, Lapid is to inaugurate Israel’s Embassy there. The Israeli foreign ministry says he is also attending a trade expo where Israeli companies are exhibiting technology.

On Wednesday, he is to inaugurate Israel’s consulate in Dubai and visit the Israeli pavilion at the site of the six-month-long EXPO in Dubai. The World Fair will begin in October after a year’s delay due to the coronavirus pandemic. Lapid is also due to meet with members of the expatriate Jewish community residing in Dubai.

Press access to the foreign minister’s various events has been strictly limited to state-linked Emirati media or to select Israeli media traveling with Lapid.

Lapid’s visit to the UAE comes barely six weeks after an 11-day war between Israel and Hamas militants in the Gaza Strip that killed 254 Palestinians. In Israel, 13 people died as a result of the conflict.

Emotions ran high among the Arab public across the Gulf, particularly in the lead-up to the conflict when Israeli forces stormed the Al-Aqsa Mosque in Jerusalem on the final days of the Muslim fasting month of Ramadan. The site in east Jerusalem is holy to both Jews and Muslims.

The tensions in Jerusalem drew rare public rebuke from the Emirati government, which has rushed to embrace and deepen its newfound public ties with Israel in the months since formalizing ties.

Palestinians across the political spectrum slammed the UAE’s surprise move to establish full diplomatic ties with Israel as an act of treason. That’s largely because the decision broke down a longstanding Arab consensus that recognition of Israel should only be granted in return for concessions in the peace process, which has been moribund for more than a decade.

Shortly after the Israel-UAE accord was reached, the Trump administration authorized the sale of 50 advanced F-35 fighter jets to the UAE, which would make it only the second country in the Middle East, after Israel, to acquire them.

In the time since Israel and the UAE signed the normalization agreement, the two have signed extensive trade and cooperation deals, and bilateral trade is already expected to have exceeded $354 million. More than 200,000 Israeli tourists have traveled to the UAE, the Israeli Foreign Ministry has said. Many of those visits have been to Dubai, which does not require quarantine upon arrival and is open to tourists.

Israeli foreign ministry spokesman Lior Haiat told reporters after Lapid had departed for Abu Dhabi that the pace of bilateral cooperation between the two countries has been “unprecedented.”

“There’s been years of under-the-radar relations between Israel and the UAE, and we are now enjoying the fruits of the infrastructure of peace that we’ve built in the last decades,” Haiat said.

Lapid took office as Israel’s foreign minister after the country’s new government was sworn in earlier this month. Lapid heads the centrist Yesh Atid party and is a former popular TV anchorman in Israel and novelist.

He struck a power-sharing deal with the ideologically hawkish, right-wing Naftali Bennett, who became Israel’s prime minister at the head of a coalition of eight diverse parties, ranging from Jewish ultranationalists to a small Islamist party.

Netanyahu had repeatedly scheduled and postponed a visit to Abu Dhabi, but ultimately canceled the last planned visit due to a diplomatic spat with neighboring Jordan.

Netanyahu reportedly forbade Cabinet members of his government from publicly traveling to the UAE until he had a chance to make a state visit, according to Israeli media reports.