Why South Korea is the God of Culture Marketing

The Evolving Science of Face Masks and COVID-19 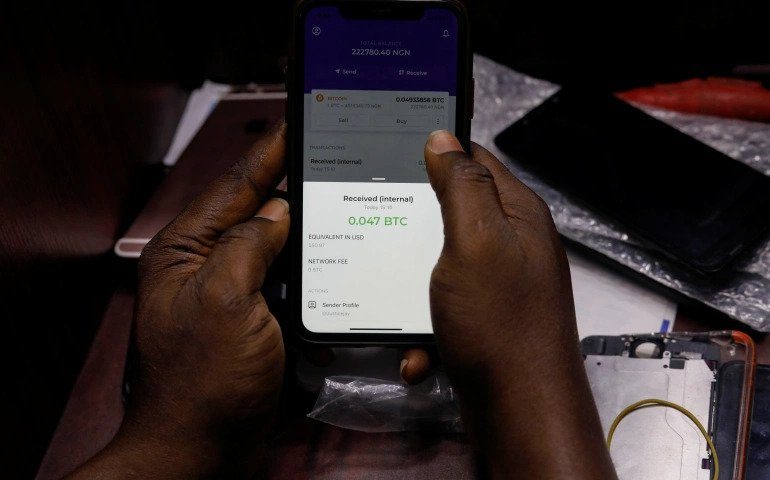 Lagos, Nigeria – When the Central Bank of Nigeria (CBN) issued a circular in early February warning banks and financial institutions that “facilitating payments for cryptocurrency exchanges is prohibited” (Bitcoin) and that they needed to identify and close accounts associated with them, it set the country’s crypto community alight.

“I was in a danfo [a yellow public transport bus that operates in Lagos] heading home when my phone started buzzing with WhatsApp notifications regarding the CBN ban on cryptocurrency transactions,” said David Akinwale, a 25-year-old financial analyst who trades in cryptocurrency. “It was really disappointing and sad. While other countries are embracing the use of Bitcoin and cryptocurrency, Nigeria is doing the reverse.”

This week, a representative for Nigeria’s central bank chief Godwin Emefiele reportedly sought to clarify the February 5 directive, telling reporters that it was not aimed at discouraging people from trading in cryptocurrencies like Bitcoin, but served to enforce orders in place since 2017 banning crypto transactions in the country’s banking sector.

But the 2017 directive did not prohibit crypto exchanges from using banking and payment channels. It simply required banks and financial institutions to ensure that their crypto-exchange customers have effective anti-money laundering and “anti-terrorism” financing controls in place.

The backlash and confusion echo a crypto-drama unfolding around the world as virtual currencies like Bitcoin grow in popularity and scale new heights during a time of unprecedented financial uncertainty stemming from the coronavirus pandemic, as well as uniquely domestic challenges.

In the United States this week, Federal Reserve Chairman Jerome Powell raised concerns about the role cryptocurrencies play in facilitating criminal activity, as well as their infamous volatility, calling Bitcoin “more of an asset for speculation” than a substitute for the US dollar.

In Iran, officials recently targeted crypto exchanges and even pinned blamed for high levels of air pollution on Bitcoin mining.

The developments illustrate the regulatory conundrum governments face with crypto assets that by design are intended to be decentralised and beyond their reach, but which are part of a rapidly evolving sector of global finance that pivots on innovation.

Nigeria is Africa’s largest economy, its most populous country, and home to one of the youngest populations in the world. Throw in a burgeoning tech sector and it’s easy to see how Nigeria has become the continent’s largest Bitcoin market by trading volume, according to UsefulTulips.org, which gathers data from crypto exchanges Paxful and LocalBitcoins.

That ascent to Bitcoin prominence is rooted in a sharp fall in remittances during the pandemic, as well as the country’s state coffers and local currency, the naira, being ravaged by the twin blows of COVID-19 restrictions and plummeting crude prices.

In an effort to keep increasingly scarce US dollars from leaving the country last year, some Nigerian banks reportedly placed curbs on offshore debit card transactions and limited cash withdrawals.

Against this backdrop, Bitcoin and other cryptocurrencies soared in popularity last year, as both a hedge against the eroding purchasing power of the naira, as well as a way to move money around more easily.

‘With Bitcoin, I could bypass the $100 limit on my naira debit card and do all my transactions seamlessly,” Bola Williams, a 33-year old software developer, told Al Jazeera. “But the ban on crypto has now made it even more stressful.”

The data suggest that despite the CBN directive, Nigerians are determined to leverage cryptocurrencies to increase their earnings, especially with rising inflation and limited access to foreign exchange liquidity.

“The ban was never going to stop a ship that is far gone on sail,” Eric Annan, co-founder of cryptocurrency trading platform KuBitX, told Al Jazeera.

Annan said if anything, the CBN directive only served to amplify the popularity of Bitcoin and pique the curiosity of crypto sceptics.

“No single government can stop an idea whose time has come to a generation who have added to the GDP [gross domestic product] of the internet,” he said.https://platform.twitter.com/embed/Tweet.html?dnt=true&embedId=twitter-widget-0&frame=false&hideCard=false&hideThread=false&id=1365280933591601152&lang=en&origin=https%3A%2F%2Fwww.aljazeera.com%2Feconomy%2F2021%2F3%2F25%2Fnigerias-crackdown-on-bitcoin-echoes-global-crypto-conundrum&theme=light&widgetsVersion=e1ffbdb%3A1614796141937&width=550px

The CBN directive also met pushback from some Nigerian politicians.

After the order was released, the Nigerian Senate summoned CBN chief Emefiele to explain the opportunities and threats cryptocurrencies pose to the nation’s economy and security.

“Cryptocurrency is not legitimate money because it is not created or backed by any Central Bank,” Emefiele said. “It has no place in our monetary system at this time and cryptocurrency transactions should not be carried out through the Nigerian banking system.”

“Whatever reason that necessitated the move for the current restriction of banking services to crypto traders and exchanges by the CBN could have been resolved through dialogue and collaboration,” Chimezie Chuta, the founder/ coordinator of the Blockchain Nigeria User Group, told Al Jazeera.

“In saying that ‘cryptocurrencies are not legitimate money’ he obviously has forgotten the origin, what money is, and its purpose,” he added, noting that “cryptocurrency is a property or commodity and thus not an illegal asset class.”

Nigeria’s Vice President Yemi Osinbajo has also called for a less heavy-handed official approach – one that would vigorously regulate cryptocurrency transactions to address serious concerns “without necessarily killing the goose that might lay the golden eggs”.

“We’ve seen in many other sectors disruption makes room for efficiency and progress,” he said.