On Memorial Day, Austin reflects on strength of US military and dismisses adversaries’ criticism 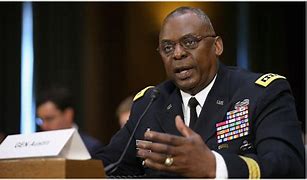 (CNN)US Defense Secretary Lloyd Austin told CNN he won’t lose any sleep over criticism of US military forces from China and Russia and dismissed accusations by some conservative politicians and media figures that the US military’s latest recruiting efforts to attract more diversity and be more inclusive are weakening America’s security.The US military will never be “soft,” Austin told CNN’s Barbara Starr in an exclusive, wide-ranging Memorial Day interview, adding that America’s adversaries, like China and Russia, “would like to capitalize on talking points like that.””I will not lose one minute of sleep about what the Chinese leadership is saying or what (Russian President) Vladimir Putin is saying. What I will focus on, and what I am focused on is the defense of this nation, and making sure that we have what’s needed to be successful,” the defense secretary said in the exclusive interview that aired Monday.

The comments from the retired Army general as the nation observes Memorial Day reinforce the Biden administration’s efforts to return America — and its foreign policy — to its more traditional role on the world stage and to prioritize diversity as key to building strong US forces.The US Army earlier this month released a campaign of recruiting ads designed to appeal to Gen Z, featuring five soldiers’ stories of how they answered the call to service. The series is a “distinct departure from previous Army campaigns,” given its use of animation and “intimate” portrayals and turns “what was once a one-dimensional view of Army service into something more relatable,” the Army said in a press release.Criticism circulated of the ads including from conservative media and Republican Sen. Ted Cruz, who responded to the ads by tweeting, “Holy crap, perhaps a woke, emasculated military is not the best idea.”

Cruz’s comments were in response to a Twitter video of a Russian military ad and part of the US ad featuring Cpl. Emma Malonelord’s story, who says she was “raised by two moms” and “marched for equality.””We have the greatest military on earth, but Dem politicians & woke media are trying to turn them into pansies,” the Texas Republican senator added.In his interview with CNN, Austin said the US military is the “best military in the world today,” not only because of the technology, but because of the people that “populate our ranks.””I think we’re doing a great job in terms of recruiting the right kinds of people, providing access to people from every corner, every walk of life in this country. As long as you’re fit and you can qualify, there’s a place for you on this team,” he said.Austin argued that a diverse US military force “must be a part of who we are.””We represent the United States of America. We ought to look like America and not only in the ranks,” he told Starr. “But our leadership should look like America.”In the same interview, Austin told CNN the United States has “offensive options” to respond to cyberattacks following another major attack that is believed to have been carried out by the Russian group behind the SolarWinds hack.Austin, who served more than 40 years in the military, also reflected on the sacrifice American troops have made, as the nation nears the end of its longest war in Afghanistan and eyes an eventual withdrawal of US troops from Iraq.Before he was defense secretary, Austin served in several leadership roles including commander of US Central Command, the vice chief of staff of the Army and commanding general of US forces in Iraq.”I’ve had a front row seat … at the greatest stage in our history in terms of, you know, being able to watch our troops in action, and watch the things that they will do for each other, the sacrifices they make for this country and for each other,” Austin told Starr. “And I will tell you, despite the fact that we can make great movies and write a lot of books, you can’t adequately describe the things that I’ve seen over this 20-year period, what these young people will do for each other, what they’ll do for their country is absolutely amazing.”