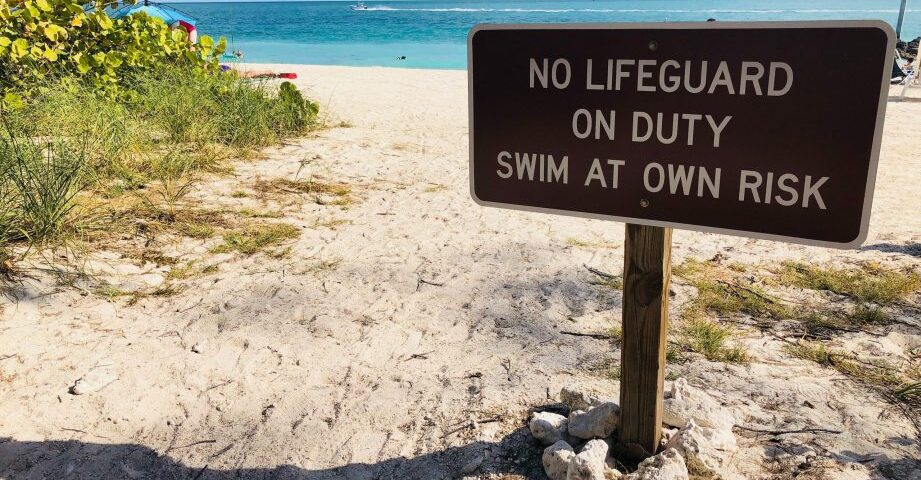 Worldwide, at least 235,000 people drown each year, making it one of the leading causes of injury-related death. The U.N. General Assembly has said drowning is “largely unrecognized relative to its impact.”

Every year, 3,960 people die due to drowning in the United States, according to the Centers for Disease Control and Prevention. That’s about 11 people a day.

While local news stories about drownings — fatal or non-fatal — often focus on single events, journalists have the power and responsibility to inform their audience with statistics, trends and research on prevention. As noted in a 2019 report in the Health Promotion Journal of Australia, “Transmission of messages about drowning risk factors and prevention strategies, during summer, may lead to behaviour change at a time when drowning risk is highest.”

Drowning is medically defined as the process of experiencing respiratory impairment from submersion or immersion in liquid. Drowning can be fatal, non-fatal with no injuries or non-fatal with injuries. In the U.S. there are about twice as many non-fatal drownings each year, which can lead to long-term health problems and costly hospital stays, according to the CDC.

This explainer includes information on fatal drowning trends over the past two decades; the findings of three recent reports on racial disparities in fatal drowning rates; the factors contributing to disparities in drowning death rates among Black, Alaska Native and American Indian youth; the role of socioeconomic status; the role of climate change and the COVID-19 pandemic; and, finally, research on prevention.

In people under 30 in the U.S., drowning is one of the top three leading causes of unintentional injury death. Drowning is not a major cause of intentional injuries, accounting for less than 2.5% of suicides among youth 10 to 34 years old.

The greatest percentage of drowning deaths in babies under 1 year occur in bathtubs; in swimming pools in children between 1 and 13; and in natural bodies of water such as lakes, rivers, streams, and oceans in youth between ages 14 and 17, according “Unintentional Drowning Deaths Among Children Aged 0–17 Years: United States, 1999–2019,” released in July by CDC’s National Center for Health Statistics.

Some groups, including males, children, certain racial and ethnic groups and people with underlying medical conditions have higher risk of fatal drowning. Also, factors like inability to swim, lack of close supervision, place of swimming and use of alcohol during water activities make drowning more likely.

In the 2018 study “Predictors of Swimming Ability among Children and Adolescents in the United States,” published in Sports, researchers found that parents have a strong influence on kids’ ability to swim. Other factors that were positively associated with swimming ability included knowledge of water safety, having access to pools that were open all year and having a best friend who enjoys swimming.https://e.infogram.com/d660e109-2b25-4626-a57d-23ed8e62f617?parent_url=https%3A%2F%2Fjournalistsresource.org%2Fhealth%2Fracial-disparities-in-drowning-deaths-persist-research-shows%2F&src=embed#async_embed

There are still many unanswered questions about drowning, partly due to gaps in data and lack of research.

Many studies that look at fatal drowning data use death certificates, which don’t have information on the circumstances of drowning, details of known risks or other potential social or cultural influences, leaving a gap in better understanding of drowning data.

In addition, there are fewer studies on drowning compared with other unintentional injuries.

In “NIH Portfolio of Unintentional Injury Research Among Racial and Ethnic Minority Children: Current Landscape and Future Opportunities,” published in the Journal of Racial and Ethnic Health Disparities in July 2020, researchers found that between 2011 and 2018, 130 NIH-funded grants examined unintentional injuries — fatal and non-fatal — such as burns, drownings, falls, poisoning and car accidents. Of those, 34 were focused on children. And of the 34, eight focused on racial and ethnic minority children. Of the eight, half studied car injuries and none focused on drowning.

“In my mind, drowning prevention is the poor cousin in injury prevention,” says Dr. Linda Quan, a professor in the Department of Pediatrics at University of Washington School of Medicine whose area of research includes drowning prevention and pediatric resuscitation. For motor vehicle injuries, which have received far more attention, there’s the National Highway Traffic Safety Board, or NHTSA, at the federal level. “But we don’t have really any kind of unity or single organization to push drowning prevention,” she says.

In “Interventions associated with drowning prevention in children and adolescents: systematic literature review,” published in Injury Prevention in 2015, researchers looked at academic literature about drowning prevention in children and teens, published between 1980 and 2010, and found that “few studies employ rigorous methods and high levels of evidence to assess the impact of interventions designed to reduce drowning.” The studies, the authors wrote, lacked consistency in measuring outcomes and the use of drowning terminology.

For instance, the study authors use the terms “fatal” and “non-fatal” drowning instead of “immersion,” “submersion,” “drowning” and “near drowning.”

“Terms such as ‘near-drowning,’ ‘dry or wet drowning,’ ‘active and passive drowning,’ ‘secondary,’ and ‘delayed onset of respiratory distress’ should not be used,” according to BMJ Best Practice.

Another term used by researchers is “water competency.” Water Safety USA, a roundtable of several national nonprofit and governmental organization with a focus on drowning prevention and water safety programs, defines water competency as the ability to anticipate, avoid and survive common drowning situations in addition to being able to recognize and provide assistance to those in need. It also includes water safety awareness, basic swimming skills and helping others.

To be sure, drowning death rates declined by 32% in the U.S. and 57% worldwide between 1990 and 2017, thanks to educational campaigns and increased awareness. The rate of unintentional drowning deaths among children aged 0 to 17 years declined 38% in the U.S., according to the CDC report. But disparities in certain racial and ethnic groups have persisted.