Journalism in Myanmar: “An Apocalypse for The Media” 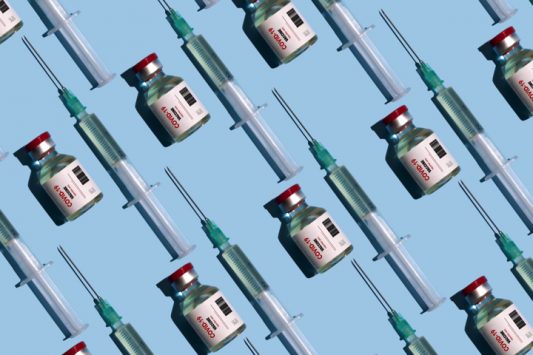 Early in the rollout of COVID-19 vaccines in the U.S., we addressed questions and claims about the impact of vaccination on fertility. Some claims used a bogus argument to conclude that the mRNA vaccines — from Pfizer/BioNTech and Moderna — would cause “female sterilization.” In reality, the Centers for Disease Control and Prevention notes that there is no evidence any vaccine, including those for COVID-19, cause fertility problems.

More recently, some posts swirling on social media have spread an unfounded narrative that the vaccines will create widespread infertility problems for men.

A May 23 story published on a website called the Daily Expose, based in the U.K., and shared on Facebook more than 1,100 times, claims that the “VACCINES could cause ‘mass male infertility.’”

The story cites an interview with Roger Hodkinson — a Canadian pathologist who in 2020 reportedly called COVID-19 “the biggest hoax,” erroneously likening the disease to the flu. It claims that “the spike protein expresses in the placenta and the testes,” which “could kill unborn babies in current pregnancies and permanently stop men having children.” The Daily Expose story also takes aim at Dr. Anthony Fauci, suggesting the director of the National Institute of Allergy and Infectious Diseases is a “dead man walking.”

The claims have been republished on other websites and spread elsewhere, including on Twitter and Instagram — where one popular post declared that “all males who have been vaccinated are effectively sterile.”

But experts say there is no evidence that the vaccines cause infertility in men. And there are new data that further undercut the online claims.

In a study published June 17 in the Journal of the American Medical Association, researchers at the University of Miami reported that they found “no significant decreases in any sperm parameter” among a group of healthy men before and after receipt of a COVID-19 vaccine. The team collected semen samples of 45 men, 18 and older, before receiving either the Pfizer/BioNTech or Moderna vaccine — and again more than 70 days after receiving their second dose.

“This is the full life cycle of sperm and 70 days is sufficient time to see if the vaccine impacts semen parameters,” Daniel C. Gonzalez, a medical student at the university and one of the study’s authors, said in a statement. “We measured semen volume, sperm concentration, and the total amount of moving sperm and found there were no declines in any of the parameters as compared to the baseline analysis.”

Researchers at a hospital in Israel have reported similar findings in a study that has not yet been peer-reviewed. That study evaluated the sperm production in 43 men before and after receiving the Pfizer/BioNTech vaccine. “Our results demonstrate that the vaccine does not impair sperm parameters,” the authors wrote.

Dr. Puneet Masson, director of male reproductive medicine and surgery at Penn Medicine, also told us in a phone interview that his observations in the field rebut the notion that vaccines are detrimental to male fertility.

“I’ve had patients who had fertility testing pre-vaccine and post-vaccine, just by virtue of my practice, and I have not had any patients I can think of who have had any adverse reactions from the vaccines in terms of fertility,” he said.

The statement notes that some men could experience a fever following vaccination, which “can cause temporary declines in sperm production.”

“Thus, if a man experiences fever as the result of the COVID-19 vaccine, he may experience a temporary decline in sperm production, but that would be similar to or less than if the individual experienced fever from developing COVID-19 or for other reasons,” the statement said.

Masson said that “someone getting a mild fever from a vaccine is still better” than getting COVID-19, especially since a fever from the disease may last longer.

Experts say a fever could affect a man’s fertility for upward of three months. But again, that’s any fever — not something unique to a fever following vaccination.

Hodkinson — the Canadian pathologist cited in the Daily Expose story alleging the potential for “mass male infertility” — made similar suggestions in a May video interview. He claimed that the ACE2 receptor “is present in the testes” and “it’s actually on the cells that produce spermatozoa.” On the screen of the video, the headline of a paper reads: “ACE2 receptor expression in testes: implications in coronavirus disease 2019 pathogenesis.”

That paper was published in 2020 in the journal Biology of Reproduction. The study dealt with the COVID-19 disease, not the vaccines.

Two of the study’s authors told us in an email that there was “[a]bsolutely not” anything in their paper that suggests the vaccines could cause issues with the testes or male fertility.

“We hypothesized that SARS-CoV-2 could infect testes cells and lead to testosterone reduction or germ cell depletion for short-term period. This hypothesis was based on the clinical reports of reduced testosterone levels in COVID-19 patients,” they said. They noted that “these effects were transient in patients,” so their paper did not prove that infection with the virus leads to male infertility, either.

On that point, the University of Miami research team that studied male fertility and the COVID-19 vaccines has previously reported evidence that three men who died from COVID-19 had impaired sperm function — and that the virus was present in the testes of one man — prompting questions about whether the virus itself could potentially affect male fertility. The study’s lead author, Dr. Ranjith Ramasamy, suggested further studies on the issue are in order.