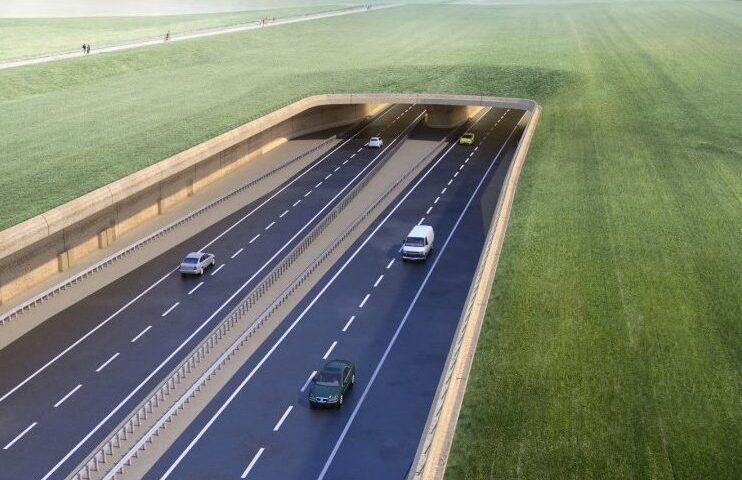 The legal challenge has been brought by campaign group Save Stonehenge World Heritage Site (SSWHS), which believes the proposals will have a detrimental impact on the ancient site and is seeking permission for a judicial review of the project.

Transport secretary Grant Shapps approved the scheme in November against the recommendations of planning officials.

The High Court hearing will determine whether a judicial review should be granted.

The SSWHS is part of the Stonehenge Alliance, a coalition of groups fighting the tunnel plans. According to SSWHS, the 3.2km tunnel for the A303 will cause “significant harm” to the World Heritage Site.

SSWHS director John Adams emphasised that the judicial review “will not revisit the merits of the Stonehenge Tunnel and Expressway scheme” but will consider the “lawfulness” of Shapps’ decision.

He said: “Nevertheless, the directors of SSWHS are shocked at the damage the new road engineering would cause to the Stonehenge landscape and its archaeology, which would surely threaten its world heritage status and lead to national disgrace.”

Leigh Day solicitor Rowan Smith added: “Our client believes that there is a clear legal case to be made that the secretary of state unlawfully assessed the harm that is going to be inflicted on an ancient and much cherished World Heritage Site, deciding instead that such destruction is a price worth paying for purported economic benefits and faster road travel times.

“Our client maintains that such an approach placed the secretary of state in breach of both national planning policy and the World Heritage Convention. As such, this judgment will be very significant for the development of law in this area.”

The project, expected to take five years to complete, is scheduled to get under way in 2023.

Such heritage and environmental concerns have been at the forefront of discussions throughout a lengthy planning process.

According to the Examining Authority’s recommendation report – which Shapps overruled – the project would cause “substantial harm” to the Stonehenge site.

The planning decision was first delayed in May to allow the detailed archaeological mitigation strategy and the outline environmental plan to be submitted by Highways England. At the time, Historic England also called for close collaboration on establishing ground movement trigger levels for the tunnelling work to ensure it did not affect archaeological structures and remains.

In July, the decision was pushed back again due to an archaeological find near the site. Further evaluations were undertaken, with some seeing the delay as “unwarranted”.

Highways England named three JVs on a shortlist for the main works contract for the project earlier this year, and launched the procurement of its delivery assurance partner contract earlier this month.