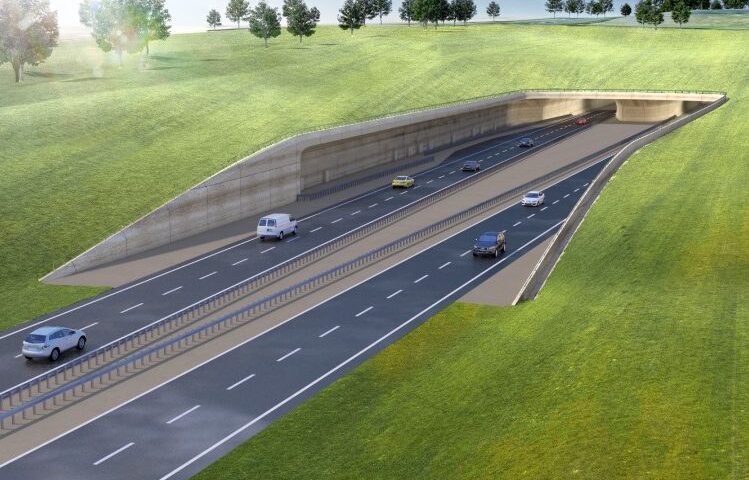 Media and law representatives have expressed outrage after NCE journalists were denied access to the first day of the Stonehenge Tunnel High Court hearing.

Despite contacting the court a day in advance, NCE journalists were denied access to the virtual hearing that will scrutinise the legality of planning approval for the £1.7bn road scheme.

A High Court representative told an NCE journalist that access would not be granted as the number of people able to attend the virtual hearing was capped at 99 and had been allocated on a first come, first serve basis.

The High Court representative added that they had received “hundreds” of requests to access the hearing.

“They should have expected great interest in this hearing and made provision for more [people],” he said.

“Journalists don’t have formal privileges over members of the public in open justice but on a practical level, judges have ruled over the years that as the eyes and ears of the public we should get preferential treatment because it’s a more effective way of reaching the public.”

“I don’t see any technical reasons why they should be limited to 99,” Cross said. “Even if it is, on the principle of the eyes and ears of the public preferential access should have been given to journalists.”

NUJ assistant general secretary Séamus Dooley stressed that it is “a fundamental principle that justice should be administered in public”.

He added: “Remote hearings are a feature of the Covid 19 period and, although not ideal, compensate for accessible public hearings. It should not be beyond the capacity of the authorities to put in place appropriate arrangements to facilitate media requests to the greatest extent possible and it is very disappointing to note that this has not happened.

“This is a significant case of major importance and a high level of media interest could have been anticipated.”

Transport Action Network (TAN) director Chris Todd also called for increased numbers, adding that “a number of [TAN] supporters” had been disappointed to not gain access to the hearing.

“For a case like Stonehenge Tunnel that’s hugely controversial we need more access than 99 people,” he said. “Google and Zoom upped their conference limits a year ago.”

“By contrast the High Court can only grant access to 99 guests when hundreds have failed to gain access,” Freeman said.

“This limitation is not only technically archaic but is contrary to open access to justice and proper accountability, especially since the extortionate costs involved are such a high barrier to completing the DCO planning process this seems terribly unfair.

“I believe the Lord Chancellor, Robert Buckland, should investigate the woefully inadequate situation as a matter of urgency. This court case is the culmination of over six years of campaigning against this disastrous road scheme.”

The legal challenge has been brought by campaign group Save Stonehenge World Heritage Site (SSWHS), which believes the proposals will have a detrimental impact on the ancient site and is seeking permission for a judicial review of the project.

Transport secretary Grant Shapps approved the scheme in November against the recommendations of planning officials.

The High Court hearing will determine whether or not Shapps’ decision was lawful.