Taking the pulse of the US economy: What the latest data tells us

Putting my mouth where my money is: the origin of “haggis” 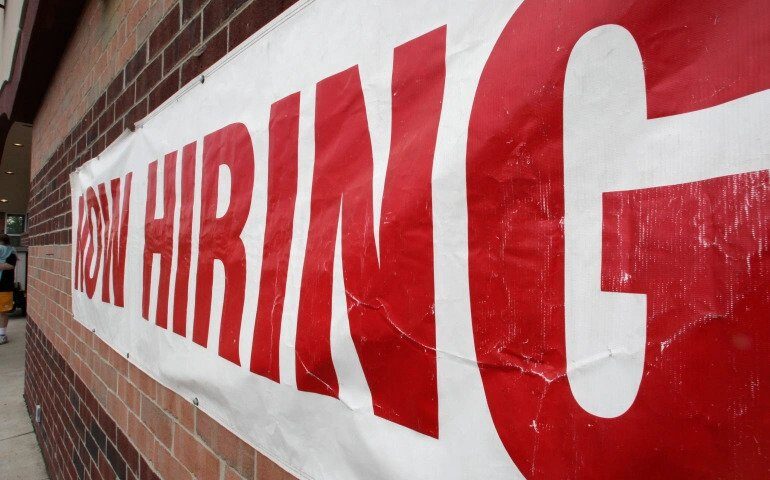 From the labour market recovery to the prospects for future growth, there was plenty of data on Thursday to take the pulse of the world’s largest economy as it continues to recover from COVID-19 lockdowns and restrictions.

The United States Department of Labor said the number of Americans filing claims for unemployment benefits with states last week ticked down ever so slightly to 411,000. That is 7,000 less than the previous week, when they rose unexpectedly.

That upward tick the week before last appears to be a blip – which is excellent news for job seekers because weekly jobless claims are a proxy for layoffs.

But there is something of a controversial disconnect with the US jobs market. There were 9.3 million jobless workers in the US in May, but in April, there were a record 9.3 million job openings.

Many lawmakers are blaming the $300 weekly federal top-up to state unemployment benefits for acting as a disincentive for those out of work to pound the pavement and get a job. That belief has led governors in 26 states to announce they are opting out of federal unemployment benefits programmes, which include that federal weekly top-up.

But many economists argue there are other factors at play.

For starters, a lot of businesses started reopening all at once, which is creating bottlenecks for certain types of labour. Some of the folks who lost jobs during the coronavirus pandemic may have decided to retire early. There is the ongoing problem of available childcare options for jobless workers, with many daycare centres remaining closed. Fear of COVID-19 exposure may also be keeping the jobless on the sidelines.

For its part, the US central bank, the Federal Reserve, has repeatedly said it will keep interest rates near zero to help get Americans back to work and is willing to tolerate higher inflation for a while if that’s what it takes.

But all that easy money is also contributing to historically low mortgage rates, which in turn fuelled record-high prices for both new and previously owned homes in May.That’s because people who were fortunate enough to keep working during the pandemic – and sock their savings into a rising stock market – have amassed healthy down payments for houses and want to lock in sweet mortgage deals. The problem for them is the lack of single-family homes to fulfill the dreams of all those aspiring homeowners.

One constraint on housing supply is the soaring cost of building materials, as economies around the world reopen and consumers come out of hibernation to unleash pent-up demand. That’s triggering bottlenecks in supply chains, which means higher prices for raw materials that work their way through the economy and back to consumers.

What does Commerce have to say?

A separate report on Thursday by the US Department of Commerce showed new orders for goods designed to last three years or more – aka “durable goods” – increased $5.7bn or 2.3 percent in May. That jump was driven in large part by an increase in orders for motor vehicles and commercial aircraft. That bodes well for aviation and air travel, which were hit hard by the pandemic.

That fall in core capital goods orders, which are a proxy for business investment, could be the result of – you guessed it – bottlenecks.

When businesses can’t source what they need domestically, they’ll import it from abroad.

That helps explain why another report from the Commerce Department on Thursday showed the nation’s international trade deficit jumped 2.8 percent last month to $88.1bn – $2.4bn higher than April’s reading.  The same report showed wholesale inventories were up 1.1 percent in May from the month before, while retail inventories fell 0.8 percent from April’s reading.

A third report from the Commerce Department also said a revised reading showed the nation’s economy grew 6.4 percent in the first three months of this year – unchanged from its last reading.

Put it all together and what we find is that the nation’s jobs market and the broader economy are continuing to rebound nicely, but are encountering supply hiccups as businesses ramp up operations to meet all the demand from consumers.

Many economists are of the view that the nation’s economy is picking up steam in the April-June period. The Atlanta Federal Reserve’s GDPNow latest estimate sees the economy growing a robust 9.7 percent in the second quarter.