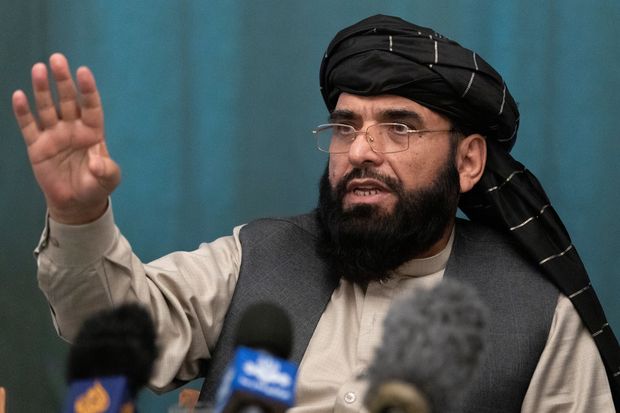 Taliban fighters have seized control of a key district in western Afghanistan that includes an important border crossing with Iran, Afghan security officials said, as the armed group continues its rapid military advances around the country.

Pitched battles between Taliban fighters and Afghan government forces were also under way in the northern Balkh province bordering Uzbekistan.

Two senior security officials told Reuters news agency on condition of anonymity that the Islam Qala border crossing with Iran, located in Herat province, had fallen to the Taliban and that Afghan security and customs officials had fled across the border.

Tariq Arian, spokesman for the Afghan interior ministry, denied the reports and said the border crossing was still under the control of government forces.

Calls by Reuters to the offices of the provincial governor and police went unanswered.

Another security official said Taliban fighters had seized five districts in Herat without a fight.

Earlier this week, more than 1,000 Afghan security personnel fled into Tajikistan as the Taliban captured most of the northern province of Badakhshan, which also borders China and Pakistan.

The defence ministry said Afghan government forces earlier on Thursday wrested back control of Qala-e-Naw, capital of the western province of Badghis, which had been stormed by the Taliban on Wednesday.

Hundreds of troops were deployed to the region, the ministry said, adding that fighting was continuing on the fringes of Qala-e-Naw, where the Taliban had earlier seized key government buildings in the city, including police headquarters.

“The city is fully [back] under our control and we are conducting operations against the Taliban on the outskirts of the city,” defence ministry spokesman Fawad Aman said.

The ministry said 69 Taliban fighters were killed in operations on the edge of Qala-e-Naw – the first major provincial capital entered by the fighters in their latest offensive.

The rest of Badghis province is in Taliban hands. Western security officials say the Taliban has captured more than 100 districts in Afghanistan.

The Taliban says it holds more than 200 districts in 34 provinces comprising over half the country. Main cities remain under government control.

The group has been gaining territory for weeks but accelerated its thrust as the United States vacated its main Afghan base, effectively ending an intervention that began with the removal of the Taliban government in 2001.

Taliban advances have been especially dramatic in northern provinces where they had long been kept at bay.

Stop-start peace talks between the government and the group remain inconclusive. Taliban delegations visited Iran on Wednesday and were in Moscow on Thursday.

Defending the decision to pull US forces out of Afghanistan, President Joe Biden said on Thursday he did not expect the Taliban to take over the whole country and that he trusted the Afghan military.

“We are ending America’s longest war,” he said.