Whitman and the America yet to be: reconceptualizing a multiracial democrac

Is Automation Hurting Your Business? 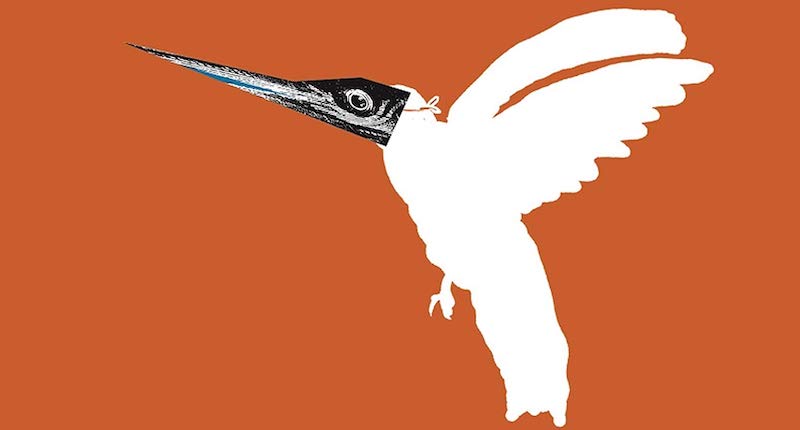 Not long before releasing her convention-defying novel Outline, the British writer Rachel Cusk told a Guardian interviewer that, in the wake of critical backlash to her memoir Aftermath, she came to find fiction “fake and embarrassing.” She continued: “Once you have suffered sufficiently, the idea of making up John and Jane and having them do things together seems utterly ridiculous.” I remember reading that line and feeling both seen and sick. I write fiction in addition to translating it, and I didn’t want to acknowledge the absurdity of the form to which I’ve devoted so much of my love and time.

Among the many beauties of Claudia Ulloa Donoso’s work is that, rather than closing her eyes to the fundamental illogic of fiction, she embraces it. The stories in Little Bird transform the stuff of daily life—the mundane details and events that another writer might use to make an invented person seem more real—into surreal magic. She turns lawn mowing into performance art, bus rides into high drama, fly swatting into a life-or-death rescue mission. As a result, her stories feel wildly inventive even while winking constantly at the irrationality of invention. After all, the inventory of her world is exactly like the inventory of ours. How, then, does she manage to produce fiction that seems so loosely tethered to Earth?

I asked myself that question hundreds of times while translating Little Bird. Claudia writes in a tone like nobody else I have read. Reproducing it—or, more accurately, creating an English-language analogue to it—was a tremendous challenge, and, eventually, a mind-expanding one. Claudia’s narrators approach their surroundings with a mix of innocence, bafflement, and wonder. Nearly all of them sound detached, but are, in fact, deeply emotionally invested in the story’s goings-on. In order to translate them properly, I had to train myself into a version of their mental state. Rather than rejecting the confusion I sometimes felt at a character’s interpretation of events, I learned to fold it into the translation process, lending my own puzzlement to the prose. Rather than deconstruct the empathy I felt and still feel for these stories’ protagonists, I tried to channel it into my work.I write fiction in addition to translating it; I didn’t want to acknowledge the absurdity of the form to which I’ve devoted so much of my love and time.

I recognize that this sounds abstract, and potentially a little woo-woo, but translation is a vaguer art than it may seem. Substituting an English word for a Spanish one, Google can do. To my knowledge, though, no AI can yet teach itself to slip into a short story’s emotional landscape, which I got used to doing every time I sat down to work on Little Bird. Years after first translating “Eloísa,” a story in which the narrator discovers that his girlfriend’s voice has magical properties, I can still readily access his precise mix of envy, insecurity, and astonished delight at having met such a woman, and I can identify those feelings in my translation choices. In my English rendition of “Eloísa,” the words I and my are everywhere. Even when describing Eloísa or her surroundings, the narrator refers back to himself as much as I could make him do. His combined pride and self-doubt pop into nearly every sentence of the story.

In Spanish, Claudia achieves this effect by loading sentences and passages with verbs conjugated in the first person: volví, logré, soporté. In English, though, the verbs for first and third person are the same—I returned; she returned—and multiple verbs can stack themselves behind a single pronoun. I needed a different strategy to maintain the narrator’s insistent focus on himself, and so I looked for word choices and sentence structures that would force me to keep him present.

I took the opposite approach in two other stories whose loving nostalgia, even now, makes my chest ache. Both stories seek to conjure their narrators’ past selves and past lives, and so I concentrated on rendering their descriptions of the past as evocatively as I possibly could, while using very plain language for the present. My goal was to emulate Claudia’s choice to tip the scales toward memory, rather than toward the sensation of remembering. Translating Little Bird has helped me fret less over the connection between fiction and reality, or imagination and observation. The stories are grounded more in personal fact than a reader might guess. Claudia wrote them after moving north of the Arctic Circle; her first summer there, she suffered severe insomnia from the endless daylight, which created the feeling of dislocation so many of her characters express. Sleep deprivation can make the everyday seem impossible or surreal—as “fake and embarrassing,” to borrow Rachel Cusk’s language once more, as any fiction.

I still remember the first time I entered Claudia’s world. I picked Little Bird up in a bookstore at random, flipped through, leaned on a shelf to read the title story. When I looked up, I had that bemused, sun-dazzled feeling I associate with leaving a movie theater during the day—where am I? What time is it? How did I get here? I remember that I barely oriented myself in time to pay for the book, rather than simply taking it home. In hindsight, it seems to me that I knew, even then, that I wanted to translate the book. In actual fact, I think I just wanted to let it transport me again.