Humans Can Develop A Sixth Sense In Just 10 Weeks 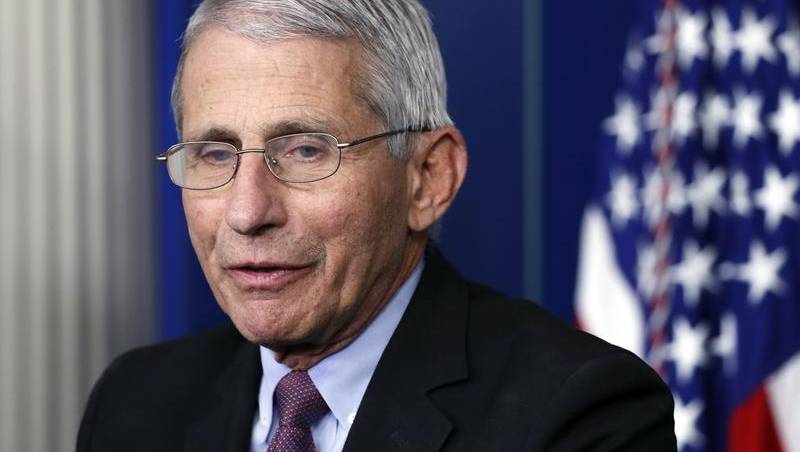 Former President Donald Trump suggested on Monday that Dr. Anthony Fauci was “in the pocket” of China and pointed at Fauci’s recently leaked emails, which he called “horrible.”

During an interview with Fox Business News’s Stuart Varney, Trump was asked about his opinion of Fauci, who served as Trump’s COVID-19 advisor, and said, “I always got along with him great, but he was wrong on so many fronts.”

“If you look at his emails, they’re really horrible. He was in the pocket, it would see…of China, the way he pandered to them and the way he dealt with them,” Trump added.

Just last week, dozens of Fauci’s emails became public through a Freedom of Information Act request from The Washington Post. While it is unclear which email Trump was discussing during his interview on Monday, in one email Fauci, the director of the National Institute of Allergy and Infectious Diseases, told George Gao, director of the Chinese Center for Disease Control and Prevention, that the U.S. and China “will get through this together.”NEWSWEEK NEWSLETTER SIGN-UP >

Another email showed that Fauci was told by a virologist that COVID-19 could have been created in a Wuhan lab, where the virus was first reported.

Following the release of his emails, Fauci faced backlash from many, including Trump.

“Now everyone, even the so-called ‘enemy,’ are beginning to say that President Trump was right about the China Virus coming from the Wuhan Lab. The correspondence between Dr. Fauci and China speaks too loudly for anyone to ignore. China should pay Ten Trillion Dollars to America, and the World, for the death and destruction they have caused!” Trump said in a statement last week.NEWSWEEK SUBSCRIPTION OFFERS >

Georgia Rep. Marjorie Taylor Greene also criticized Fauci, saying that he should be held “accountable for his lies and potential involvement,” and called for his firing.

Shortly after his emails were released to the public, Fauci defended himself and said during an interview with CNN that he believes “the most likely origin is from an animal species to a human, but I keep an absolutely open mind that if there may be other origins of that, there may be another reason, it could have been a lab leak.”

Fauci continued, “You can misconstrue it however you want–that email was from a person to me saying ‘thank you’ for whatever it is he thought I said, and I said that I think the most likely origin is a jumping of species. I still do think it is, at the same time as I’m keeping an open mind that it might be a lab leak.”

Newsweek reached out to Fauci for further comment but did not receive a response in time for publication.