Etymologies in bulk and in bunches 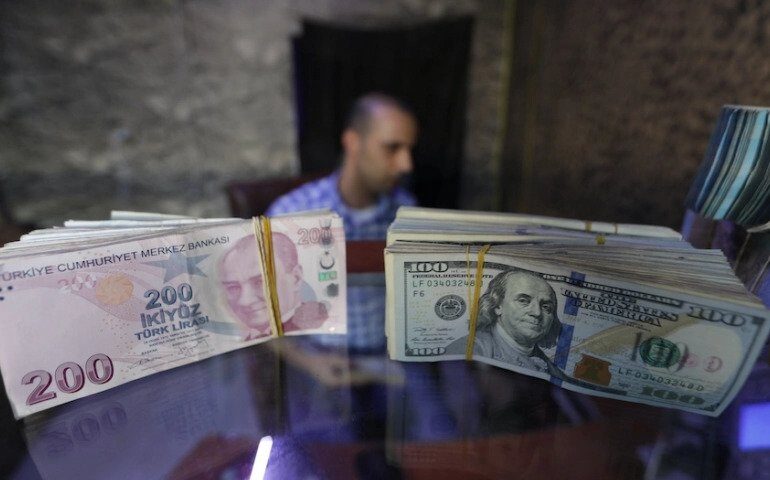 Turkey’s central bank has held its key interest rate at 19 percent as expected and has suggested it is inching closer to a cut expected later this year, even while it nodded to renewed pressure on the Turkish lira.

The bank said on Thursday the recent import-price pressure plays a role in posing risks to inflation expectations, and it repeated a pledge to keep rates above inflation, which is expected to remain about 17 percent for much of the year.

The central bank last changed its one-week policy rate in March when former Governor Naci Agbal raised it to head off rising prices. A poll by Reuters news agency shows analysts expect easing to begin in the fourth quarter when inflation is predicted to decline.

The lira has shed 2.5 percent this week after the United States Federal Reserve adopted a more hawkish tone, and after the first meeting between President Recep Tayyip Erdogan and his US counterpart Joe Biden yielded no breakthroughs on key disputes.

The weakness in the lira, which touched an all-time low earlier this month, raises inflation via Turkey’s heavy imports.

“In addition to the recent import-price-based cost factors, demand conditions, supply constraints in some sectors, and high levels of inflation expectations continue to pose risks to the pricing behaviour and inflation outlook,” the bank’s policy committee said in a statement after its monthly meeting.

But earlier rate increases “continue to restrain credit and demand”, it said. “The policy rate will continue to be determined at a level above inflation”, in line with the bank’s forecast for prices to continue easing in the months ahead.

Central Bank Governor Sahap Kavcioglu, whom Erdogan named to replace Agbal in a shock to markets in March, has said inflation should fall decisively around September. The central bank year-end inflation forecast stands at 12.2 percent.

Erdogan has repeatedly called for monetary stimulus and this month pointed to July or August for possible rate cuts, prompting analysts to warn that premature easing could hurt the lira and the economy, which has heavy foreign debt.

The lira, among the worst performers in emerging markets this year, weakened slightly to 8.644 to the dollar at 11:48 GMT. It had briefly slipped to a record 8.88 earlier this month.The 13 percent depreciation this year accelerated when Erdogan removed Agbal, a well-respected hawk, prompting an exodus of foreign investment and further eroding the credibility of a bank that has seen four chiefs in two years.

The World Bank, Fitch Ratings and Goldman Sachs are among those to have said prompt rate cuts and an earlier-than-expected Fed tightening are the main risks for Turkey.

On Wednesday, the US central bank – the Federal Reserve – signalled rate rises could come in 2023 as the economy emerges from the pandemic.

Turkey’s dollar bonds barely budged after the rate decision, with longer-dated issues still down about 0.7 cents in the dollar, also reflecting wider pressure in emerging markets following the Fed decision.