Are energy islands the future of renewables? 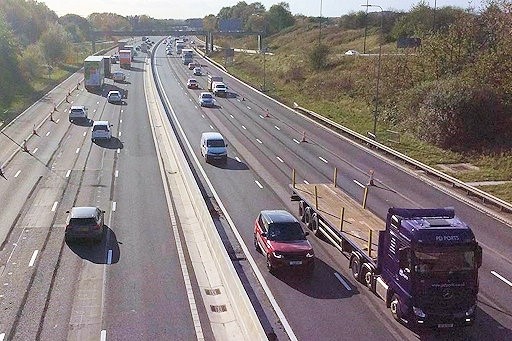 Highways England has agreed to carry out an environmental impact assessment (EIA) of its planned M62 upgrade, after pressure from a local vicar.

The assessment was originally not going to be carried out under plans to convert a section of the M62 between Rochdale and Huddersfield into a smart motorway.

However, Highways England has now agreed to carry out the assessment after retired vicar Mark Coleman threatened legal action.

An EIA provides the planning authority with a comprehensive report on the environmental impact of a project and gives the public the opportunity to have their say (see full definition below).

The U-turn came after Coleman’s legal team sent Highways England a pre-action letter informing the public body that the vicar would be launching formal legal action.

The 62-year-old retired vicar lives in Rochdale, less than a mile from where the M62 is scheduled to be converted into a smart motorway between junctions 20-25.

He claims that failing to carry out an EIA would have allowed Highways England to build the scheme without proper scrutiny for the project’s “large carbon impact”.

“Highways England have been made to pause and listen to reason, science and common sense,” Coleman said. “In this climate and ecological emergency, we need urgently to cut through the many words and greenwash to what really matters.

“We must cut CO2 emissions quickly and cannot have the Government expanding motorways and increasing traffic and carbon in an ‘under the counter manner’.”

He added: “We will be keeping a very close eye on what Highways England do next with this M62 Smart Motorway extension from Rochdale to Huddersfield, and will wait to see if they take climate change seriously. We remain vigilant.”

The M62 junction 20 to 25 motorway is approximately 30km long, running through a rural Pennine landscape that contains the highest point on a motorway in England.

Highways England plans to convert this stretch of the M62 into an all lane running smart motorway, converting the hard shoulder into a permanent traffic lane.

“We will publish a new Notice of Determination in due course and our plan remains to start this improvement in early 2023.”

Ground investigation work is currently being carried out. WSP provided design consultancy for the scheme.

The purpose of an Environmental Impact Assessment (via Gov.uk)

The aim of Environmental Impact Assessment is to protect the environment by ensuring that a local planning authority when deciding whether to grant planning permission for a project, which is likely to have significant effects on the environment, does so in the full knowledge of the likely significant effects, and takes this into account in the decision making process. The regulations set out a procedure for identifying those projects which should be subject to an Environmental Impact Assessment, and for assessing, consulting and coming to a decision on those projects which are likely to have significant environmental effects.

The aim of Environmental Impact Assessment is also to ensure that the public are given early and effective opportunities to participate in the decision making procedures.