Visit of senior US official to PA – preparing for resumption of negotiations with Israel? - International Burch University

Twelfth of July parades to take place across Northern Ireland

Visit of senior US official to PA – preparing for resumption of negotiations with Israel? 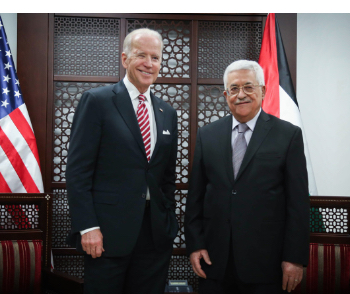 Palestinian and Arab sources have reported in recent days on accelerated diplomatic activity in preparation for the resumption of the diplomatic process between the Palestinian Authority (PA) and the Israeli government, mediated by Egypt and Jordan.

Hady Amr, Deputy Assistant Secretary for Israeli and Palestinian Affairs in the Bureau of Near Eastern Affairs within the U.S. Department of State, will pay a second visit to the region. His visit will deal with the mechanism of transferring Qatari funds to the Gaza Strip, Israel’s policy regarding the demolition of terrorist homes and more.

Palestinian sources reported last week that the US is not satisfied with the pace of progress in talks on rehabilitating the Gaza Strip, and talks with Amr will also address this issue.

A senior Fatah official added that issues such as Israel’s actions in Jerusalem, the future of Sheikh Jarrah’s families and the renewal of the process of uniting Palestinian families will also be on the table.

Amr, who visited the area at the end of Operation Guardian of the Walls, is expected to head the US Consulate in eastern Jerusalem soon. Last Thursday, Amr spoke via the Zoom with civil society officials in the Gaza Strip and heard from them about the challenges they face and also sought to understand how the US can support them to achieve their aspirations for peace and prosperity.

Last week, PA Chairman Mahmoud Abbas met in his office in Ramallah with 11 members of Congress, Republicans and Democrats, and expressed his satisfaction with the US’ position and, in particular, the Biden administration’s commitment to a two-state solution, and its readiness to open the American Consulate in eastern Jerusalem.

The PA chairman reiterated the Palestinians’ willingness to bring about reciprocal relations with the US administration and even raised the issue of elections and said “we will not hold elections without Jerusalem, because eastern Jerusalem is the capital of the State of Palestine.”

These points also appear in a document that has not yet been revealed, but according to a report by journalist Ehud Yaari in N12 News, it includes the Palestinian Authority’s demands for resumption of talks and deals with the reopening of the Orient House, which was the PLO headquarters in Jerusalem, restoring the old status quo on the Temple Mount, stopping the eviction of Arabs from their homes in Jerusalem, releasing Palestinian prisoners, as well as uniting Palestinian families in Israel and allocating Area C to Palestinian factories and tourism projects.

Abbas recently completed a round of meetings in Jordan and Turkey during which he discussed with the Jordanian king and the Turkish president the latest developments. Palestinian sources report that Abbas asked the Turks to use their influence on Hamas to prevent opposition to the PA’s involvement in rehabilitating the Gaza Strip. Hamas refuses to allow any involvement of the PA in this matter, but the US has already stated its intention to transfer rehabilitation funds but not through Hamas.

A Palestinian source says Jordan and Egypt have been working behind the scenes in recent months and since the entry of Joe Biden into the White House, to bring about a political, Israeli-Palestinian summit under the auspices of the Quartet and an international conference.

Recently, Colonel Majd Faraj, the head of PA intelligence, an associate of Abbas, visited the US and, among other things, discussed with his colleagues from the CIA security issues related to the stability of public order and PA rule in its territories.

The Palestinian Authority denied over the weekend reports of personnel changes that Abbas is expected to make soon at the PA top, including its government and security apparatus, but Palestinian sources raise the possibility that Salam Fayyad, who was prime minister of the Palestinian Authority from 2007-2013 and was very acceptable to the US due to a series of reforms he led, may return to office in a move aimed at pleasing European countries and the Biden administration.

Last week, Fayyad visited the Gaza Strip and, according to Palestinian sources, had previously met with Abbas and his close advisers, Colonel Faraj and Hussein A-Sheikh, in charge of civil coordination with Israel, adding that his visit to the Gaza Strip was mainly to examine the possibility of a Palestinian unity government to represent both Fatah and Hamas after the election was postponed by Abbas.

According to these sources, Fayyad’s visit to the Gaza Strip, which had received Israeli approval, took place at the request of the Biden government.