FBI Negotiation Tactics You Can Use to Get What You Need 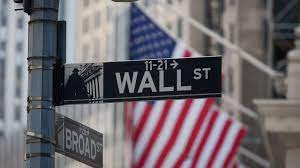 Wall Street notched its fifth straight quarterly gain Wednesday, a signal that the recovery from the worst days of the COVID-19 pandemic in the United States is continuing.

The S&P 500 posted its fifth straight record closing high, while the Dow gained slightly and the Nasdaq edged lower as investors ended the month and the first half of 2021 in an optimism-versus-caution tug-of-war.

The S&P 500 registered its second-best first-half performance since 1998, rising 14.4 percent.

In June, the S&P 500 notched its fifth consecutive advance, while the Dow snapped its four-month winning streak. The Nasdaq also closed the month higher.

While the possibility of returning to normal seems promising, fears about inflation and COVID-19 variants including the Delta variant continue to threaten the US’s economic recovery.

Sectors reopening and enjoying a boost in activity fared well.

But some economists say ADP’s numbers are coming in hotter compared to what the payroll report from the US Bureau of Labor Statistics is set to release on Friday.

“Given the ADP survey has overestimated the monthly gains in the official measure of private payrolls by more than 400,000 in recent months, we are not revising up our forecast that the official measure,” Michael Pearce of Capital Economics said in a note on Wednesday.

“We have pencilled in a smaller 500,000 increase, in line with the recent pace of gains, and a figure which would provide another signal that the Fed is still a way off achieving ‘substantial further progress’ towards its goals,” Pearce added.

Pending home sales saw an increase of 8 percent in May led by a robust gain of 15.5 percent in the Northeast, according to US data. The boost came despite economists predicting a slowdown.

“The rebound in pending homes sales suggests a firmer pace of existing homes sales in the early summer,” Jan Hatzius of Goldman Sachs wrote in a Wednesday note.