What Is the Future of Black Activist Social Movements in America?

Death in the Present Tense: On Martha Gellhorn’s Love Letters to Ernest Hemingway 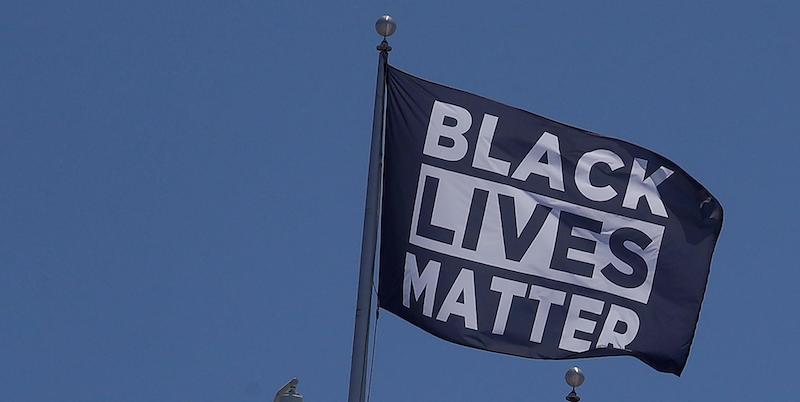 These observations aren’t intended as some holy screed about how foundation money dirties our movements—though it undoubtedly does. We should stop and ask why corporations that have made billions under US capitalism are so eager to “donate” money to activists, many of whom embrace some version of anticapitalist politics. Foundations’ financial influence has always, at least through most of the twentieth century and today, been a factor. We can all conceive of homey and quaint ways of raising money for ourselves, but it is difficult to imagine the large scale of activism needed to confront the problems of our society based on bake sales and social events.

But the availability of that money requires even more democracy within our movements. It means decision-making must extend beyond the staffers or the executive board or whomever is drawing a paycheck to those who make up the ranks of the movement. It means that much of our organizing and activism will be messy, slow, and wrongheaded sometimes, but it might also make it easier for everyone to claim ownership of the movement.

The wider participation of everyone with a stake in a Black Lives Matter movement may have resulted in more contact between the different layers of the movement. With the creation of political spaces where these different layers could more closely engage with and influence one another, there may have been a greater urgency placed on the mass movement and mobilizations. Some have concluded that mass mobilizations are no longer necessary; that people just show up and then go home. Of course, that can be one effect, but we should not underestimate the transformative power in the assembly and collective action required to demonstrate together. It is not only about its influence in policy making or in governing institutions but also the ways that power manifests itself among those who make up the ranks of the march.

Theoretically demonstrations are meant to reveal the strength of popular opinion or feeling: theoretically they are an appeal to the democratic conscience of the State.

In this sense, Berger wrote, the numbers present at a protest are significant not because of their impact on the state, but on those who participate:

The importance of the numbers involved is to be found in the direct experience of those taking part in or sympathetically witnessing the demonstration. For them the numbers cease to be numbers and become the evidence of their senses, the conclusions of their imagination. The larger the demonstration, the more powerful and immediate (visible, audible, tangible) a metaphor it becomes for their total collective strength.

The point is that movements or mobilizations not only create the possibility of changing our material condition by exerting the force of many upon the intransigence of the few. Social movements create arenas where we, ourselves, can be transformed. Mass action breaks us from the isolation of everyday life and turns us into political actors.We should stop and ask why corporations that have made billions under US capitalism are so eager to “donate” money to activists, many of whom embrace some version of anticapitalist politics.

In a society that wrongly attributes our successes to our personal ingenuity and blames our failures on personal weakness, the mass movement, that arena of struggle, brings us together to share in our difficulties and show how the solution to so many of our problems is collective. It pierces the prevailing common sense about our society.

The Black radical feminist and organizer Ella Baker understood the need to pierce this bubble of “common sense.”

In order for us as poor and oppressed people to become a part of a society that is meaningful, the system under which we now exist has to be radically changed. This means that we are going to have to learn to think in radical terms. I use the term radical in its original meaning—getting down to and understanding the root cause. It means facing a system that does not lend itself to your needs and devising means by which you change that system.

The collective exhilaration of confrontation and the potential for change opens up the possibility for posing these kinds of questions. Without it, it is hard to break free from the reasonableness and pragmatism as counseled by Obama when he lectured a Chicago activist on the narrow objectives of social movements—to change a law or initiate a policy.

As 2015 and 2016 wore on, no one believed that Trump would win; instead, activists began to focus on ways they could shift a new Clinton administration on police reform. Of course, Trump was elected, and all the plans to move to Washington, DC, to begin the “inside” phase of the movement never materialized. Today, there are few signs of the grassroots Black Lives Matter movement that in its first years captured the imagination and hopes of young Black people and beyond.

This certainly does not mean that the movement “failed.” There continue to be many BLM activists organized and engaged in other forms. It is impossible to imagine that the public appetite for criminal justice reform, including bail reform and the slow but steady decriminalization of marijuana, could be happening without the influence of the Black Lives Matter movement. We are all indebted to the movement for bringing to light the full extent to which Black women, including Black trans women, are also victims of state-sanctioned violence and racist abuse. Many of the organizers who were central to the movement see these new arenas of struggle as a continued expression of the Black Lives Matter movement.

But the mass movement that captured the attention of the world and upended the banal status quo does not exist in the same way. In some ways, that is expected. Nothing stands still, let alone something as alive and dynamic as a social movement. The questions of strategy, tactics, and democracy that emerged as a consequence of the rise of the Black Lives Matter movement have not gone away; in fact, they remain critical to determining how we transform our current situation.

What does the shattered face of Pamela Turner, exploded by a police officer’s bullet, tell us about the efforts of the Black Lives Matter movement? It tells us how absolutely central policing is to maintaining the racist, sexist, unequal status quo.Social movements create arenas where we, ourselves, can be transformed. Mass action breaks us from the isolation of everyday life and turns us into political actors.

Police unions and elected officials like to portray policing as dangerous, as some kind of bizarre last line of defense between “us” and a murky menacing criminal element “out there.” In reality, most policing involves surveilling and harassing poor and working-class people. When Black and Brown people are overrepresented among the ranks of the poor and working class, those people bear the brunt of encounters with police. Being killed by police is a leading cause of death for young Black men. Sociologist Frank Edwards has said that young Black men have “better odds of being killed by police than . . . winning a lot of scratch off lottery games.” Pamela Turner, who suffered from schizophrenia, was in the crosshairs of the local police because of several minor infractions that brought her into contact with them. In April 2019, she was served with an eviction notice that resulted in a “criminal mischief” charge and an encounter with the same cop who eventually killed her weeks later.

Policing is the last public-sector service that our government strongly funds as it defunds and neglects all other aspects of the civic infrastructure. As public services across the country are dismantled, hundreds of millions of dollars are unearthed to pay off police brutality and police murder lawsuits. Chicago alone has spent over $800 million since 2004 to settle lawsuits for police brutality and wrongful deaths.

If any other public institution incurred that kind of expense, its budget and service would be shrunk or it would be shut down. For example, when in 2012 the Chicago Board of Education claimed it was running a billion-dollar deficit, its proposed solution was to close fifty-two public schools. But in the midst of revelations about Rahm Emanuel’s attempt to cover up the role of police in the murder of Laquan McDonald, the mayor received the blessing of the Chicago City Council to break ground on a new $95 million police academy.

No matter how corrupt, violent, or racist police are, their budgets will never shrink. Elected officials and the rich and powerful whose interests they often represent know that as public expenditures get cut, and as good jobs with benefits get further out of reach, police abuse brings order to a potentially untenable situation. The pain and suffering of Pamela Turner’s grandchildren, or Laquan McDonald’s mother, or Mike Brown Jr.’s parents are collateral damage in this war to maintain the status quo. It is literally the price of doing business.

Thus, five years later, much of the institutional discussion about police reform remains focused on bad apples, implicit bias, and better training. As a result, the main policy shift has been the widespread use of body cameras. Since 2014, police forces around the country have spent upwards of $192 million on body cameras. In Ferguson, where the movement found its heart and soul, there are now more Black police officers than white. Ferguson finally caught up with the rest of the United States. Meanwhile, Black people are stopped 5 percent more and white people are stopped 11 percent less than they were in 2013.It is impossible to imagine that the public appetite for criminal justice reform, including bail reform and the slow but steady decriminalization of marijuana, could be happening without the influence of the Black Lives Matter movement.

Recognizing the stubborn duration of police abuse and violence is less about pessimism than it is about sobriety. There is no quick fix to police brutality. The police are so difficult to transform because the bipartisan political establishment needs them, especially when it decides it has nothing left to give us. It took five long and deadly years for the officials who manage the New York Police Department to fire an officer who choked the life out of a man who was plainly saying, “I can’t breathe.” It took five years for the Department of Justice to decide that it would not bring federal civil rights charges against Pantaleo, as if his illegal chokehold that took Garner’s life was not the textbook definition of a civil rights violation.

But what is the value of protecting the “rule of law” when the law itself prioritizes what is valued by the elite, while ignoring what is valued by most of us? In other words, neither the law nor law enforcement is on our side, and that ultimately makes the movement to reform either extremely difficult. It is usually the case, then, that we get the kind of change we desire when we pressure and coerce the political class, their establishment, and their laws, to see and hear us. And to do that, it matters how we organize, what we think, what we demand, and what we imagine and hope for.

These are key values for any social movement. Democracy, where we see all of our aspirations, our failures, and our endeavors as connected, means trying to bring in as many as possible and figuring out how to make it work. Black lives can matter. But it will demand a struggle to not only change the police, but to change the world that relies on the police to manage its unequal distribution of the necessities of life.