The Brooklyn Dumpling Shop Opens a Touch-Free Automat in Manhattan 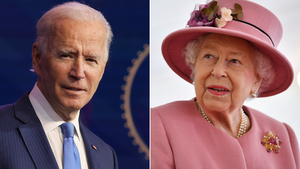 The White House is finalizing plans for President Joe Biden to meet with Queen Elizabeth II during his first trip abroad next month, a US official said Wednesday.This face-to-face greeting, during which Biden would be joined by first lady Jill Biden, is expected to take place before the President leaves the United Kingdom following the Group of 7 summit and heads to Brussels for a NATO meeting on June 14. He is scheduled to meet with Russian President Vladimir Putin on June 16 in Switzerland.BIDEN’S WHITE HOUSE

The White House and Buckingham Palace are finalizing details on Wednesday, the official says, with an announcement expected in the coming days.The meeting with Biden would make him the 13th American president with whom the Queen, who is 95 years old, has met.The only president the Queen didn’t meet with during her 69-year reign was Lyndon B. Johnson, who didn’t visit Britain during his time in office.The meeting between the two close allies will take place during Biden’s first trip abroad since taking office in January. The coronavirus pandemic has halted much international travel as restrictions were put in place to stop the spread of the virus.Earlier this year, the Bidens sent condolences to the Queen, the Royal Family and the United Kingdom after her husband, Prince Philip, died. Prince Philip was the lifelong companion of Queen Elizabeth II and the longest-serving consort in British history. He died at the age of 99 in April.

The most recent American president Queen Elizabeth II met with was Donald Trump. Trump and former first lady Melania Trump had tea with the Queen at Windsor Castle in July 2018, and the following year they were hosted by the Queen for a more formal state visit at Buckingham Palace.The first president Queen Elizabeth II met with was former President Harry Truman in 1951, though she was a princess at the time and ascended to the throne the following year.The Bidens have met with other members of the Royal Family. In 2017, the Bidens and former President Barack Obama accompanied Prince Harry to the Invictus Games in Toronto, Canada.

Harry, a military veteran, founded the Invictus Games, which is held in a different city every year and provides an international sporting platform for wounded and injured service members.The Queen has traveled to the United States for informal visits and state visits multiple times during her reign.During her first state visit to the US as Queen in 1957, she and Prince Philip stayed in the same suite in the White House in which her parents, King George VI and the Queen Mother, had stayed in 1939, according to the White House Historical Association, and she was greeted with large crowds on her motorcade from the airport.More recently, then-President George W. Bush and first lady Laura Bush hosted Queen Elizabeth II and Prince Philip when she visited the United States and the White House in 2007. This visit, similar to her first visit in 1957, celebrated the 400th anniversary of the English settlement of Jamestown, Virginia, according to the White House Historical Association.

This story has been updated with additional information.