The photo show exploring youth over the last 40 years

What is holding up vaccines for children? 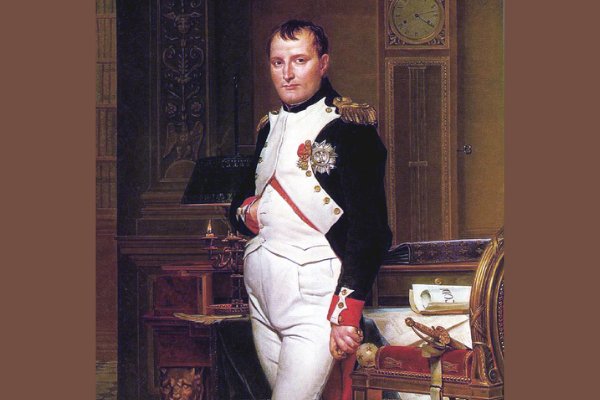 In several portraits of Napoleon Bonaparte, one would notice a similar stance – standing feet together, with one hand tucked into his shirt.

For a long time, this caused much speculation, from people saying he was hiding a hand deformed in battle to those who thought he was pressing on his stomach to alleviate pain.

However, as Jonny Wilkes uncovered for History Extra, Napoleon’s signature pose had more to do with portraiture in the 18th and 19th centuries than with the enigmatic man himself.

During the French emperor’s time, it was seen as a statesmanlike and noble pose to take when having one’s portrait painted. As per The Rudiments of Genteel Behaviour, a book on etiquette penned in 1737, the pose is said to symbolize “manly boldness tempered with modesty.”

Other famous figures such as George Washington and Mozart also have portraits in which they sport the same pose. Another possible reason could also be due to hands being one of the more difficult body parts for painters to get right. By asking their model to obscure one or both hands, artists could be giving themselves an easier time.

Interestingly, Napoleon did not sit for the most famous depiction: Jacques-Louis David’s 1812 painting of the French leader. Upon seeing the work, however, Napoleon remarked, “You have understood me, my dear David,” thus allowing that particular image – and pose – to be associated with him for the rest of time.