Biden Will Have ‘Wind at His Back’ for Putin Summit, Aide Says 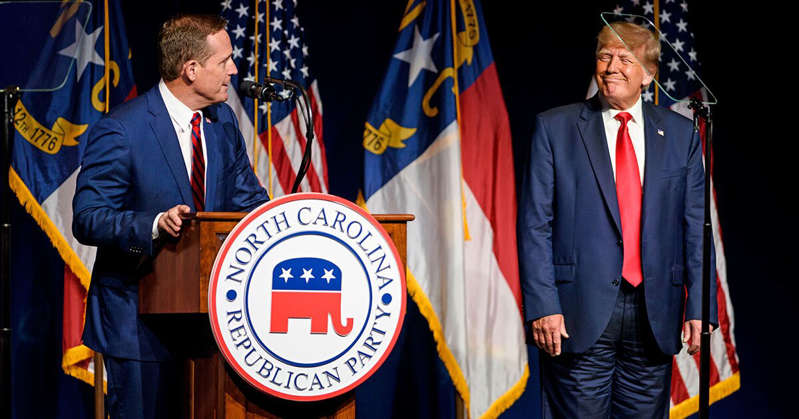 In one of his first public appearances since leaving office in January, Donald Trump made headlines this weekend — but not just for what he said.

nstead, many of his social media critics went wild over his pants, which were noticeably wrinkled and, some suggested, worn backward.

Fact-checking website Snopes, reviewing 90 minutes of footage from the event, soon debunked this, however.

Still, that didn’t stop Twitter users from criticizing the trousers of the famously image conscious 74-year-old, who relished criticizing the appearance of others before being booted from social media earlier this year.

“I would like to see the expression on Trump’s face when his people tell him that the most popular response to his speech was amusement at his bunched, wrinkled pants,” one user wrote.

“I had to see what the hype was with Trump’s pants last night and I was not disappointed. Make wrinkled palazzo pants great again,”

Others called attention to a 2017 tell-all book by former Trump aides which claimed that, during the 2016 campaign for president, a former spokeswoman was once berated by the then-candidate for forgetting a machine she used to steam his pants while he wore them.https://www.dianomi.com/smartads.epl?id=3533

That book — written by Corey Lewandowski and David Bossie — alleged that Hope Hicks was responsible for ensuring Trump’s suits were pressed when they were on his plane.

From the book: “‘Get the machine!’ And Hope would take out the steamer and start steaming Mr. Trump’s suit, while he was wearing it! She’d steam the jacket first and then sit in a chair in front of him and steam his pants.”

Trump delivered a speech on Saturday at the North Carolina state Republican convention, in what is expected to be the first of a string of public events.

He used the meandering remarks to criticize President Joe Biden‘s first six months in office and to again tout false claims that the 2020 election was a “hoax.”

As he has in the past, Trump also flirted with the notion of running for office again, saying, “We’re going to win North Carolina’s all important U.S. Senate race, and we’re going to lay the groundwork for making sure that Republicans once again carry the great state of North Carolina, in a number, a year, that I very much look forward to: 2024.”

Source Social Media Has Field Day with Trump’s Wrinkled Pants — but No, They Weren’t on Backward (msn.com)